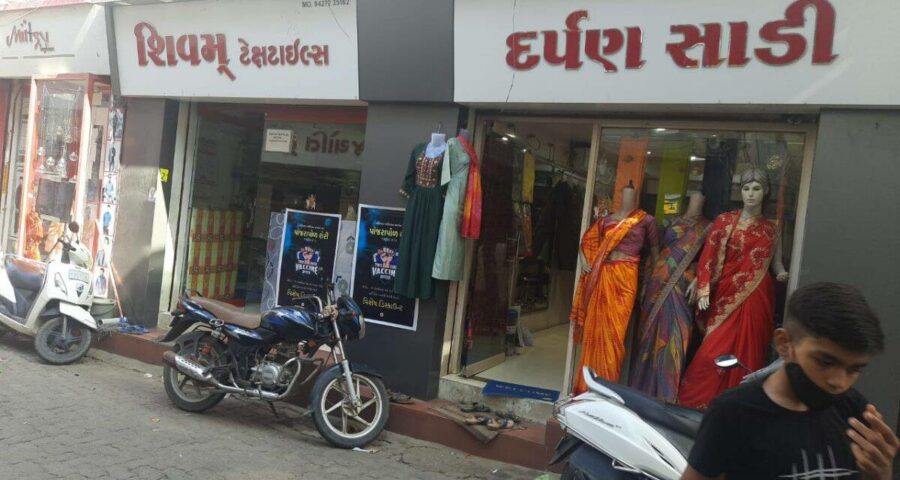 The group of 25 traders in Panjarapole Shreri in Vaniyavad area in the main shopping district in Bhuj on Sunday set up banners announcing the scheme called “Two Dose Vaccine Offer”, giving special discount to those customers who have received both doses of Covid-19 vaccine. 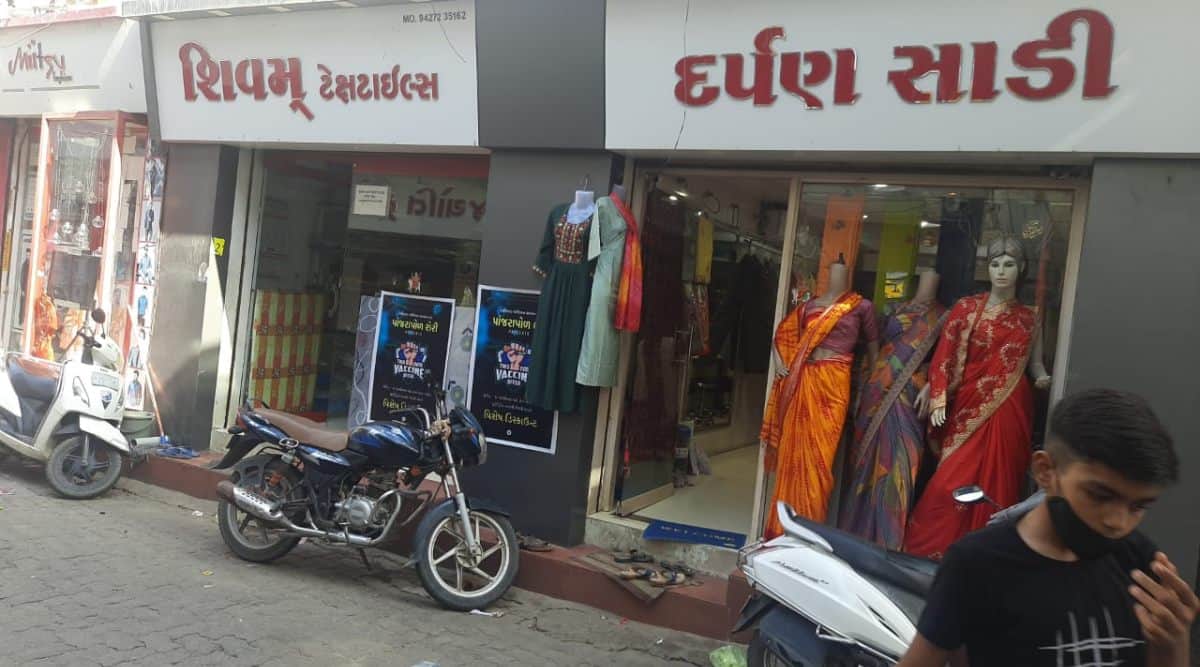 With aim to encourage people to get vaccinated against Covid-19, a group of traders in Bhuj town of Kutch have launched a scheme offering up to 25 per cent discount to those customers who are fully vaccinated.

The group of 25 traders in Panjarapole Shreri in Vaniyavad area in the main shopping district in Bhuj on Sunday set up banners announcing the scheme called “Two Dose Vaccine Offer”, giving special discount to those customers who have received both doses of Covid-19 vaccine.

“We have to give people something to induce a certain type of behaviour from them. For example, people give chocolates to children to persuade them to do something. Likewise, this is an attempt to encourage people to get themselves vaccinated so that they remain safe and we, traders, also remain safe,” Dhiren Lalalni, a leader of the traders of Panjraplole Sheri, told The Indian Express.

Lalalni said that owners of 25 shops in Panjrapole Sheri have come together to launch this scheme. “And we have started getting response. Every day, each shop gets on average two to three customers who are availing special discount after showing vaccination certificates on their smartphones or SMS in their 2G phones confirming they have received both doses of the vaccine. While we are aware that there is shortage of vaccine, people in the age group of 45-plus are the ones who have availed the benefit of the scheme the most so far,” Lalani, who is also a sitting BJP councillor in Bhuj municipality further said.

The trader said that the 25 shops are retail outlets of garments, ready-made garments, saris, stationery etc. “While the objective is to encourage people to get themselves vaccinated against the infectious disease, we are also hoping that the scheme would boost customer footfalls. Business has been affected adversely for the past two years due to the Covid-19 pandemic and it remains lean during monsoon even in normal years,” Lalani said, adding all the shop-owners and around 50 people working as attendants in these shops are fully vaccinated.

Lalani further said that the scheme will be available for the next two months.

As per Census 2011, the population of Bhuj is 2.14 lakh and health officers of Kutch district say that around 80 per cent of the town’s population has received at least first dose of Covid-19. “After Gandhidham, Bhuj is second on the list of towns of Kutch district with the highest percentage of population. Around 90 per cent population in Gandhidham have been administered first dose while the percentage of such people in Bhuj is 80 percent. Every day, we are inoculating average 6000 people in the district,” Dr Janak Madhak, chief district health officer (CDHO) of Kutch told The Indian Express.