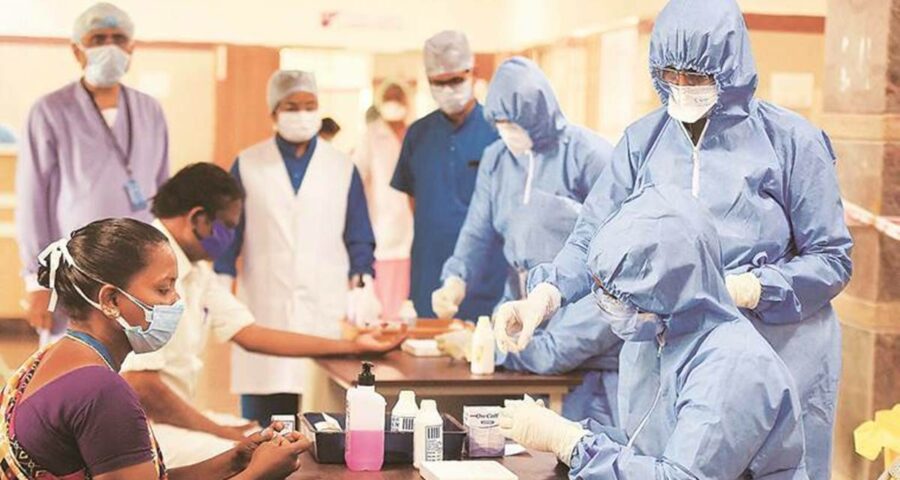 The announcement comes on the day the number of active Covid-19 cases in the state exceeded 30,000 for the first time and recorded 4195 new cases, its highest single day increase in active Covid-19 positive cases. Goa Chief Minister Pramod Sawant on Friday announced that there will be state-level curfew from May 9 to May 23. The announcement comes on the day the number of active Covid-19 cases in the state exceeded 30,000 for the first time and recorded 4195 new cases, its highest single day increase in active Covid-19 positive cases. The positivity rate in the state was 51.34 percent on Friday.

The announcement comes days after demands for a lockdown in the coastal state were made by the leaders from opposition parties, Goa Chamber of Commerce and Industry, citizens and village panchayats and municipal councils had started imposing their own lockdowns in their jurisdiction, with a sharp rise in Covid-19 infections across the state.

Sawant announced that the state-wide curfew which will be “stricter than a lockdown”, will be in effect for two weeks starting May 9. Grocery shops will be allowed to remain open from 7 am to 1 pm, restaurant takeaways will be available from 7 am to 7 pm and there will be no restrictions on the sale of medicines and medical equipment. Sawant also said that tourists entering Goa will have to furnish a RT-PCR test negative report or a certificate of vaccination. He said that the details of what will remain open or closed during the fortnight-long curfew will be announced by the Collectors of both North and South Goa on Saturday.

Earlier, the Goa government had announced a four-day lockdown that concluded on May 3, after which the government had imposed “additional restrictions” asking all shops selling non-essential items to close and to shut down restaurants that were earlier allowed to have guests upto 50 per cent capacity.

“People have not been taking as much care of themselves and their families as they should… the government has made several appeals but people have not followed the safety protocols properly,” said Sawant. He said that the decision to enforce the state-wide curfew was taken keeping the Goan people, the rising number of Covid-19 cases and the burden on the medical fraternity in mind.

Senior Congress leader Digambar Kamat, however, said in a tweet, “Goa needs bigger measures. Lip service will not work. Goa is into #CovidEmergency. Where is the White Paper on #CovidManagement?”