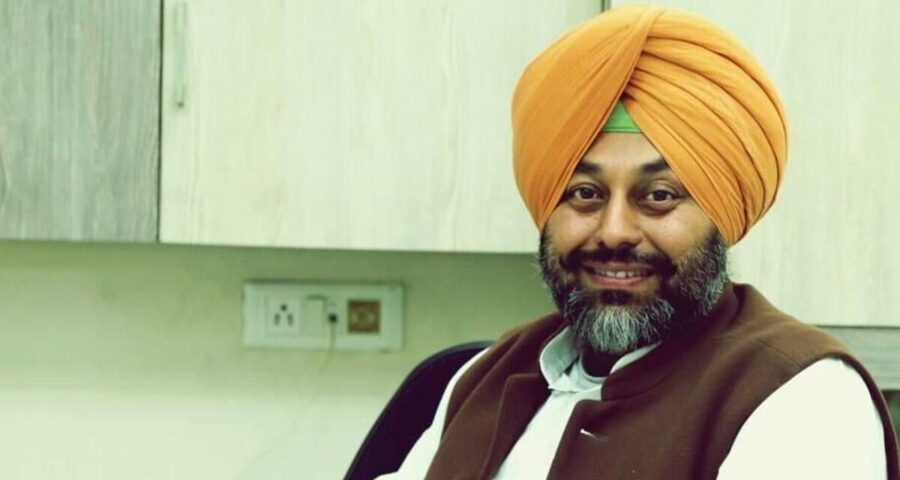 The case hit the headlines in 2017 after the Shiromani Akali Dal (SAD) moved the NCW demanding fresh investigation and retrial in the case following which a notice was issued to the Punjab government, then led by Capt Amarinder Singh. The National Commission for Women (NCW) has once again asked Punjab government to submit within 15 days the complete status report of a 1994 case pertaining to the alleged abduction, illegal confinement and molestation of a French national in which Cabinet minister Gurkirat Kotli was one of the main accused.

Chief Minister Charanjit Singh Channi had on September 26 inducted Kotli, grandson of former CM late Beant Singh’s grandson and a two-time MLA from Khanna, as a Cabinet minister. Beant Singh was the Punjab CM when the incident took place in 1994.

The French woman, who was in India as a tourist, was on August 31, 1994 allegedly abducted, held captive for a night and molested. She had named Kotli as one of the main accused. The woman had returned to France alleging threat to life and never returned to testify against the accused, including five of Kotli’s friends and two Punjab Police personnel. A court acquitted all of them in 1999.

The case hit the headlines in 2017 after the Shiromani Akali Dal (SAD) moved the NCW demanding fresh investigation and retrial in the case following which a notice was issued to the Punjab government, then led by Capt Amarinder Singh.

Speaking to The Indian Express, Sharma said that the state government never replied to the notice dated September 15, 2017. In that notice, the NCW had sought an explanation on why “the state government has not appealed against the decision of the lower court’ as the victim was allegedly being threatened”.
“We got to know through news reports that one of the accused has now been made a Cabinet minister in Punjab. We have re-issued a notice to the Punjab government seeking a status report of the case within 15 days,” said Sharma.

In an open letter that she had written in 2017, the French woman had said: ‘…I came to India to discover your country, your culture in its immensity, richness and complexity. I was 24… On August 31, 1994, I was violently abducted and molested. After a night of illegal detention, I managed to save myself and went straight up to the police station. The culprits were identified quickly, including the main perpetrator. I recognized him and indicated it during the identification parade. I affirm there has never been any doubt about the identity of my aggressor. That’s why I didn’t change my statement despite numerous attempts by people on behalf of the accused. My boyfriend and I were threatened, asked to write letters of renunciation, commit perjury… money was offered.. but I always refused to distort the truth— for the sake of women who have to suffer violence. I was under great stress, facing trauma. But I have never regretted remaining right and honorable in the face of corrupting power. Back home, I thought of returning to India one day because I liked a lot of things about this country. But I fast understood that what had happened would always follow me… I don’t have the courage to return. Twenty-three years have passed and I still feel the injustice that allowed the accused to be acquitted…. My heart cries whenever I learn that the dominant political class keeps abusing power to harass and assault girls… I don’t regret what I have lived, I have no hatred, just the hope that things will change..’
In the fresh notice issued to the Punjab government through Chief Secretary Anirudh Tewari, NCW chairperson has written, ‘… This is regarding an open letter of the French national… alleging molestation, abduction and illegal confinement on 31st August 1994 by seven accused. All accused were either politicians or police officers and they were acquitted by the court due to lack of evidence. The Commission vide its letter dated 15.09.2017 had sought explanation on the issue as to why the state government did not appeal against the decision of the lower court from the then Additional Chief Secretary, Punjab, Dr Nirmaljit Singh Kalsi.. however no reply has been received so far.”

The notice further states: “Since the above matter is again being reflected in the media, report dated 27th September 2021 by The Indian Express, ‘Gurkirat Kotli: Once haunted by ghost of Katia molestation case, Beant Singh’s grandson gets Cabinet call’, you are requested to personally look into the matter and share the complete status update of the matter within 15 days”.

Since the crime allegedly took place in Chandigarh, a similar notice has also been issued by the NCW to UT Home Secretary Nitish Kumar Yadav, seeking reply within 15 days.

Contacted, Kotli said, “I would be able to talk about this matter only on Wednesday morning, not right now.”