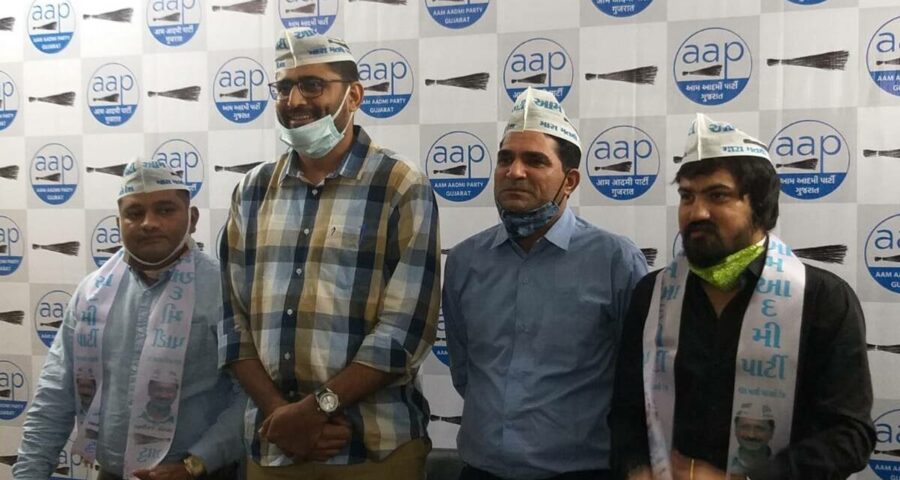 "It is a matter of joy for us that good and reputed people are connecting to Aam Aadmi Party… AAP is seen as an honest alternative due to which good people are joining us without any self-interest," said Gadhvi. 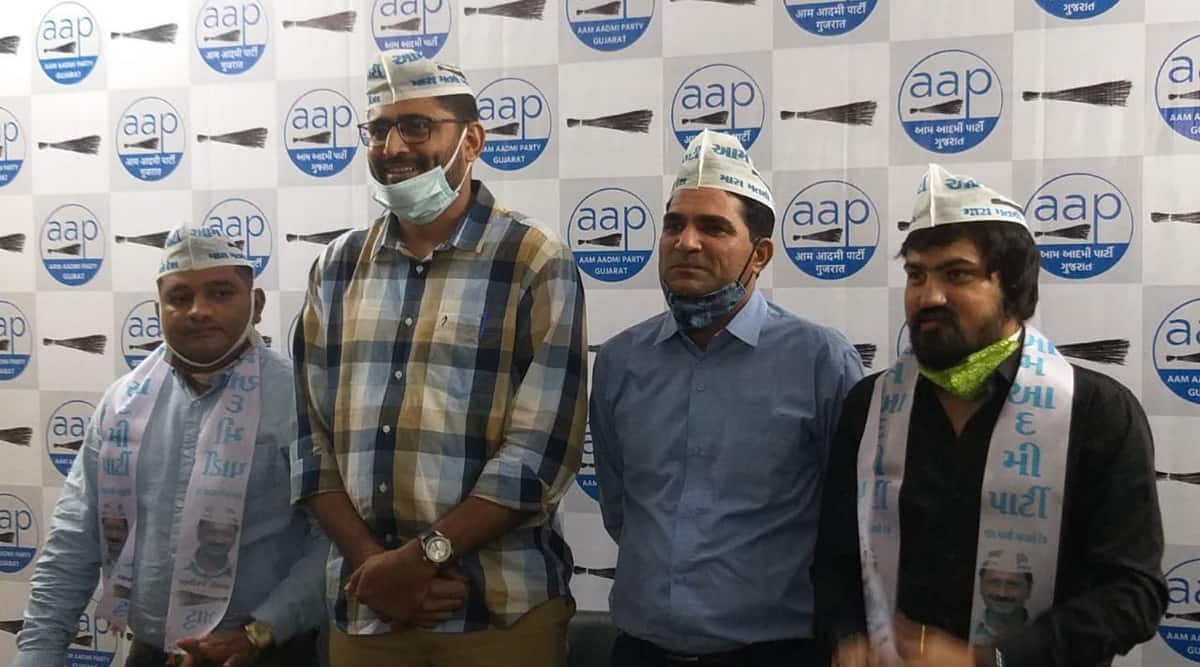 Ahead of the Assembly elections 2022, Mahipatsinh Chauhan, a former sarpanch in Kheda and founder of Sarva Samaj Sena, and Vijay Suvada, a Gujarati folk singer, joined the Aam Aadmi Party Gujarat on Tuesday.

In an event held at the AAP Gujarat headquarters at Ashram road in Ahmedabad on Tuesday afternoon, the two dignitaries were officially welcomed in the party by its state president Gopal Italia and former TV anchor Isudan Gadhvi who recently joined the party after quitting journalism.

“It is a matter of joy for us that good and reputed people are connecting to Aam Aadmi Party… AAP is seen as an honest alternative due to which good people are joining us without any self-interest,” said Gadhvi.

Mahipatsinh Chauhan, 34, former Sarpanch of Laval gram panchayat under Vaso Taluka of Kheda, also spoke on this occasion, “I believe it is only AAP that can work to make model villages and cities in Gujarat. My target is to include the youth of this state to make at least 500 model villages in Gujarat till 2025.”

“From 2009 to 2016, I worked as a manager in a private company in Kolkata after which I quit my job and came back to my home in Kheda. Then I contested panchayat elections in 2017 as independent in which I was elected as sarpanch. I served as sarpanch from 2017 to 2019 after which I founded Sarva Samaj Sena,” Chauhan told The Indian Express.

Chauhan was banished from six districts including Kheda by an official order in 2020 after three FIRs under sections 188 for disobedience was filed against him. Chauhan had then sent an application to Gandhinagar superintendent of police asking permission to hold a bike rally in the city celebrating the banishment order.

“During lockdown in 2020, I had agitated for the payment of salaries of workers at factories in Kheda due to which three FIRs were filed against me and tadipaar orders were given for me for six districts. The order was then cancelled,” said Chauhan.

“I have held concerts which have been attended by thousands of people wherein I got opportunities to interact with the common people of Gujarat and understand their woes. I have had no political inspirations and I have decided to join the AAP only because I believe I will be able to serve the people,” said Suvada.