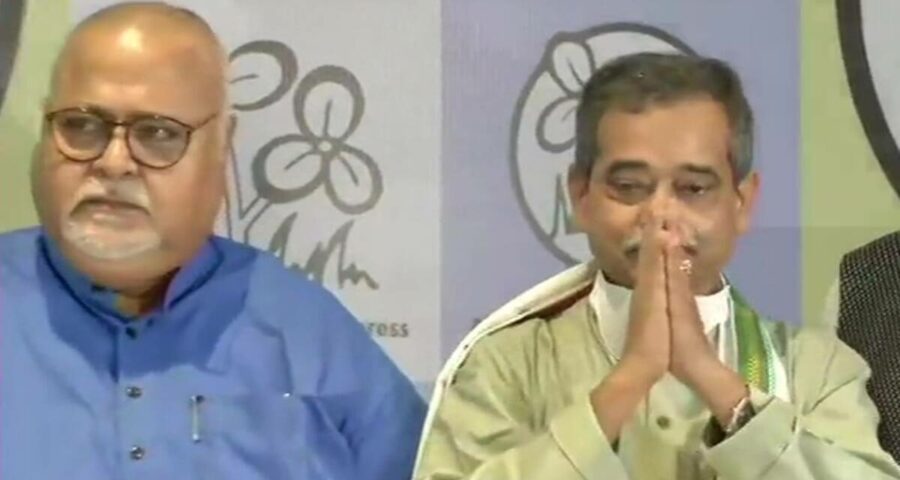 Mukherjee had won the 2012 Jangipur Lok Sabha constituency by-election on a Congress ticket. He was re-elected in 2014 but eventually lost the constituency in 2019 to TMC’s Khalilur Rahaman. After joining the TMC, Mukherjee said she had full faith in the leadership qualities of Mamata Banerjee. “The way Mamata Banerjee halted the recent communal wave by BJP, I believe that in the future, with the support of others, she would be able to do the same in the entire country,” he was quoted as saying by ANI.

He added, “I had not been included in any group or position of the Congress party, except primary membership. Therefore, I have joined TMC as a soldier and will work accordingly with the party’s instructions. I will work to maintain integrity and secularism.”

Mukherjee, who is also a former Congress MP from West Bengal, was recently seen voicing support for Mamata Banerjee on Twitter during the fake vaccination row in Kolkata.

“If Didi Mamata Banerjee is to be blamed personally for a fake vaccination camp by an impersonating IAS Officer Debanjan Deb, then surely ModiJi is to blamed for all the scams by Nirav Modi, Vijay Mallya, Mehul Choksi etc. So no point blaming the Govt of WB for an individual act,” he had tweeted.

Mukherjee had won the 2012 Jangipur Lok Sabha constituency by-election on a Congress ticket by 2,536 votes, defeating CPI(M)’s Muzaffar Hussain. The seat was vacated by his father after he was elected as the President. He was re-elected in 2014 but eventually lost the constituency in 2019 to TMC’s Khalilur Rahaman.

An alumnus of Jadavpur University in Kolkata, Mukherjee has worked as a corporate executive for firms like the Bharat Heavy Electricals Limited, Maruti Udyog Limited and the Steel Authority of India Limited.