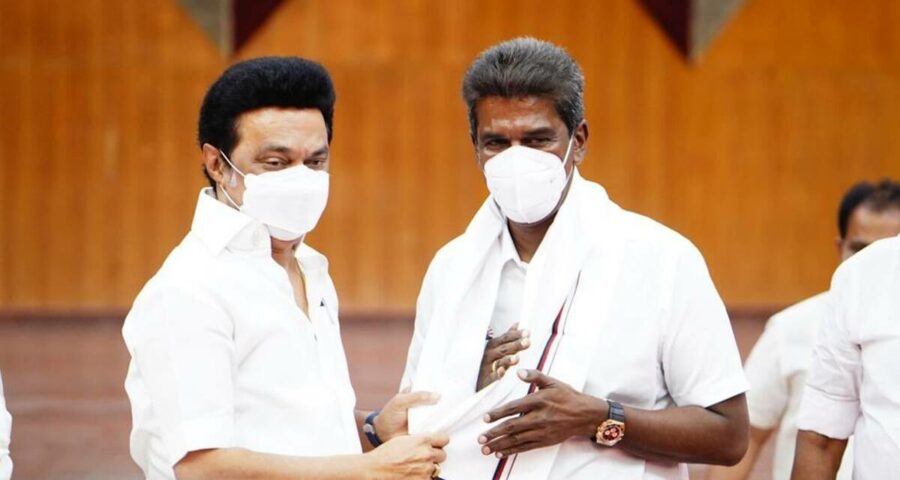 Mahendran unsuccessfully contested in 2019 Lok Sabha election from Coimbatore and 2021 assembly polls from Singanallur. He quit the MNM in May this year citing lack of democracy in the Haasan-led organisation. 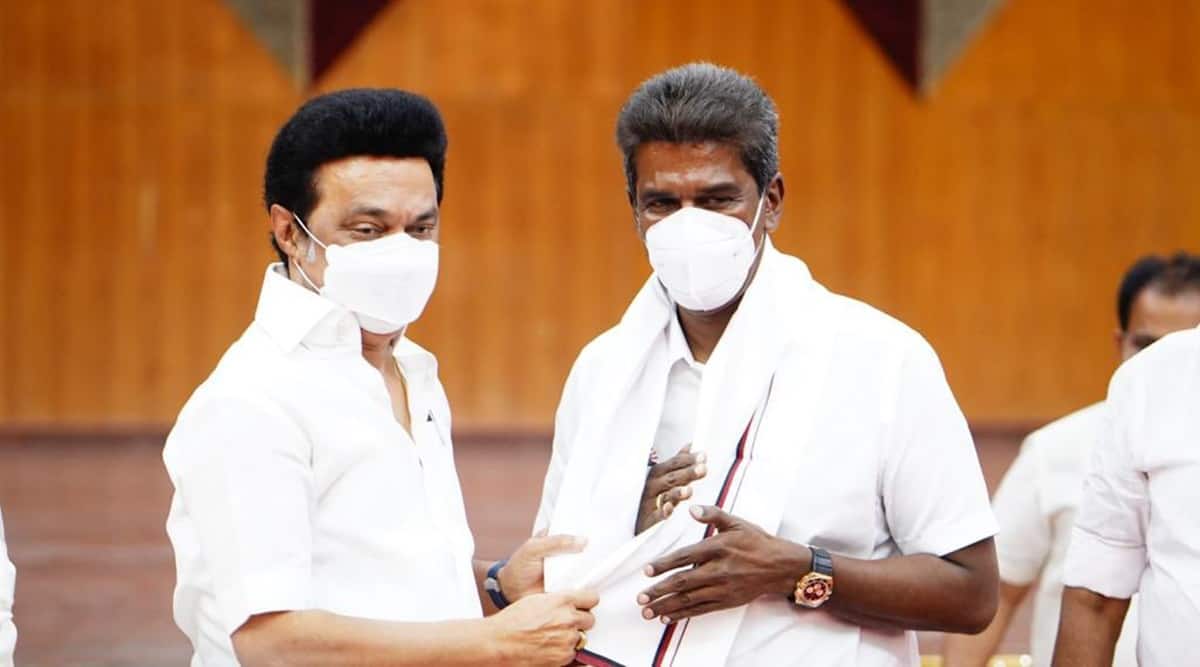 R Mahendran, who had quit the Kamal Haasan-led party in May this year citing lack of democracy, joined DMK in the presence of party president and Chief Minister MK Stalin on Thursday. Alongside Mahendran, 78 other people also joined DMK at the party headquarters, Anna Arivalayam, in Chennai.

Speaking at the event, Stalin said he had expected Mahendran to join DMK once the election dates were announced. “I welcome you all to DMK. Though we got enough seats to form our government, we did not win the expected numbers in Coimbatore and Kongu region. Had Mahendran joined DMK earlier, that would have happened. But nevertheless, as superstar (Rajinikanth) would say in onea film, ‘I will be the latest even if I come late’, Mahendran has joined us now. I thank him and all other brothers and sisters. The party is going to gain more laurels in the future and I am confident that you people will work towards that,” Stalin said.

Mahendran, meanwhile, said he would be proud to serve a party that follows the path of Dravidian ideologue Periyar and former Tamil Nadu chief ministers CN Annadurai and Kalaignar Karunanidhi.

He said as many as 11,000 people will become members of DMK. “It’s good that a few hurdles came in my political journey, only because of that I was able to come out of a party and join this [arty,” Mahendran said.

Mahendran, who hails from Pollachi, is a medical practitioner and a pioneer in vanilla cultivation. He unsuccessfully contested in 2019 Lok Sabha election from Coimbatore and 2021 assembly polls from Singanallur. He quit the MNM in May this year citing lack of democracy in the Haasan-led organisation. He blamed a few advisors for ruining the party’s chances in the polls and said Haasan leads the party in an autocratic manner and that there was no hope for any change in his attitude or approach.

Interestingly, Kamal issued a statement in response to Mahendran’s charges, saying the latter was covering up for his dishonesty and lack of political acumen. Soon after Mahendran left the party, many top party functionaries, including former IAS officer Santhosh Babu, businessman CK Kumaravel, had quit MNM.

Later, in a video, Haasan said a few people were given bigger positions in the party even when they were new and at that time the decisions felt too democratic for them. ”The transparency I showed in forming an alliance and the democracy I showed in providing them the responsibilities is well known to everyone, claiming responsibility for the defeat is an act of good democrat,” he said.

Further, Haasan said people who decided to travel with him to create new political cultures should not worry about others. Haasan said that everyone will see a mutated version of MNM soon.