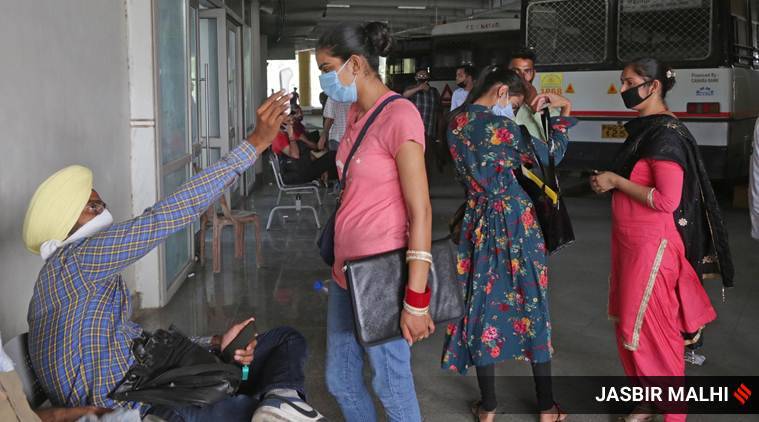 The three-member team, which was led by Dr SK Singh, director, National Centre for Disease Control (NCDC), Delhi, in two-day tour to Punjab, had visited Kapurthala, Amritsar and Nawanshahr districts. 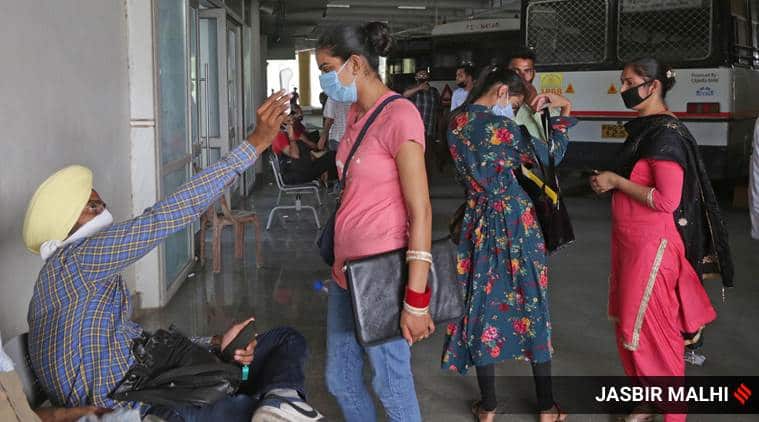 A HIGH-LEVEL team sent by the Union Ministry of Health and Family Welfare (MoH&FW) to investigate the reasons behind the Covid-19 surge in Punjab has pointed out “non-seriousness towards Covid-appropriate behaviour such as not wearing masks, poor contacts testing, poor enforcement of containment zones” as some of the reasons.

The three-member team, which was led by Dr SK Singh, director, National Centre for Disease Control (NCDC), Delhi, in two-day tour to Punjab, had visited Kapurthala, Amritsar and Nawanshahr districts.

The team has also directed Punjab state health officials to increase vaccination coverage and focus on pockets where high positivity rate is being reported.

Husan Lal, principal secretary, health, Punjab, said that the team sent by the Centre has pointed out that the casual approach of people towards Covid-appropriate behaviour, such as not wearing masks and not following other protocols, was one of the major reasons for the emergence of the second wave in Punjab.

“They have asked the state authorities to keep a strict vigil on super-spreader events such as weddings and other large gatherings which have potential to increase caseload manifold,” said Lal.

The central team has also pointed out that though the contacts of Covid patients are being traced in Punjab, their testing rate is very poor. For instance, if ten contacts of a Covid patient are traced, only 3-4 of them are actually tested.

“We already knew that contact testing is a problem we are facing. Our contact tracing is fine but testing is nearly 30 per cent only because people do not agree to get tested. Despite best efforts by the health department, all contacts of a patient do not agree to get tested. The same issue has been highlighted by the central team,” said Dr G B Singh, director, health, Punjab.

People moving in and out of containment zones

The team has also pointed out that even as the health authorities in Punjab create micro-containment and containment zones after a number of cases are reported from one area, the enforcement is not strict enough and movement of people is not completely blocked. “Even in containment and micro containment zones, people keep moving in and out as there is no strict check and the team has pointed this too,” said a senior official from health department.

Observing that vaccination drive in Punjab was going on at very slow pace, the team has also directed health authorities to increase its vaccination numbers for healthcare workers, frontline workers and population above 60 and 45-59 years with co-morbidities.

The team however has noted that though many students and teachers were testing positive since schools have been opened in Punjab, the overall positivity rate in the schools was not high.

Husan Lal further said that the central team was also asked to accelerate the genome sequencing testing (to know virus strains) as the results for at least 400 samples from Punjab were pending. “We had sent around 500 samples for genome sequencing testing to know if strain variants from other countries might have entered Punjab but we have received results for 88 only. Two patients have been found having N440K strain, which is from Maharashtra. Remaining results are pending. Earlier, one patient who belongs to Nawanshahr (SBS Nagar) and had returned from the UK, was carrying the more transmissible UK strain but he was already quarantined and has now recovered,” said Lal.

He added that samples from Punjab have gone to three labs — National Centre for Disease Control (NCDC), Delhi; Institute of Genomics and Integrative Biology (IGIB) Delhi and National Institute of Virology (NIV), Pune. “However, it has now been decided that samples from Punjab will go to Delhi labs only to avoid unnecessary delay in genome sequencing results,” said Lal.

IG Patiala range Jatinder Singh Aulakh has tested positive for Covid-19 ten days after he got the first dose of the vaccination on March 1. Aulakh said he got vaccinated on March 1 and his positive result came on March 10. He was asymptomatic and said that he would be going for dose 2 after 28 days.

Dr Rajesh Bhaskar, nodal officer, Covid-19, Punjab said, “It is only after two weeks of receiving dose 2 of the vaccine that antibodies develop in the body and a person develops immunity against Covid-19.”

The Covid toll in Punjab has reached 5,996. Among 18 deaths, eight died in Hoshiarpur, five in Jalandhar, two in Ludhiana and one in Patiala.

While 20 patients in Punjab continue to be ‘critical and on ventilator support’, 182 are on oxygen support.

The maximum active cases are in district SBS Nagar (1,348).

A total of 1.95 lakh beneficiaries (healthcare + frontline workers) with dose 1 and 59,797 with dose 2, have been vaccinated in Punjab in phase 1, till Thursday.

In total for phase 1 and 2, Punjab has administered 3.25 lakh doses of Covid vaccine.