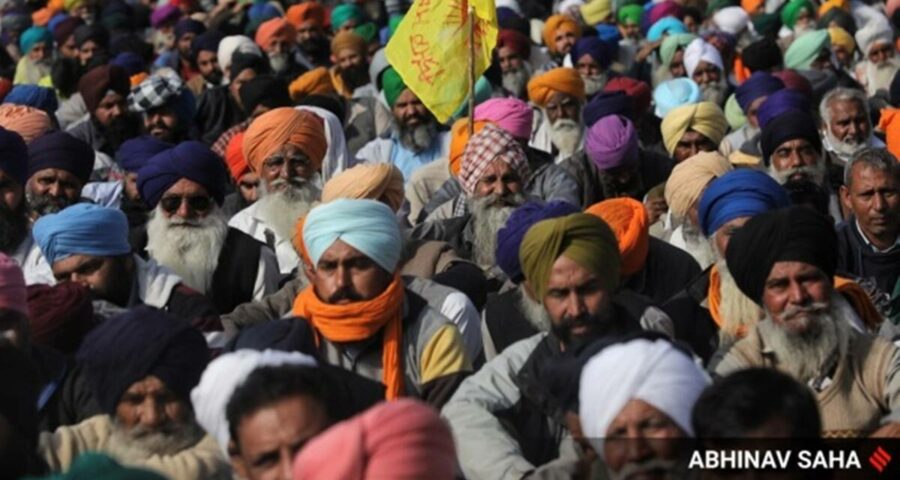 "NDA keeps on saying that it is a protest of Punjab and Haryana but one can see it is a nationwide protest against farm laws now. No one has stepped back despite internal differences on various other issues," said Veerpal Singh Dhillon, senior vice president of BKU Kadian. On September 19, 2020, 30 farmer unions of Punjab met in Moga and announced that they would come together to protest against the Centre’s controversial farm laws. After one year, the unions claim to be still on the same page when it comes to the farm laws and MSP issues.

The number of farmer unions against the laws in Punjab itself has swelled to 32 over time. “We all have different ideologies, thoughts and working styles. This was the reason that the 32 unions were working separately. However, thanks to the NDA government for forcibly passing farm laws in parliament and making us forget our differences. One year has passed and we are united even now,” Manjit Singh Dhaner, senior vice-president of Bharatiya Kisan Union (BKU) Dakaunda, told The Indian Express.

Buta Singh Burjgill, president of BKU Dakaunda, added, “we do have differences of opinion and we discuss them in our meetings. But on the farm laws and seeking MSP for all crops, we have no differences at all… We had never got together but farm laws made us realise that unity is our strength. Our unity is an eyesore for the government and hence they continue playing divisive politics. However, they haven’t succeeded till now.”

Last year, 32 farmer bodies announced the ‘rail roko’ protest from October 1, 2020 onwards. Later they marched to Delhi in November and Samyukta Kisan Morcha was formed to get all farmer unions in the country together in the fight.

“NDA keeps on saying that it is a protest of Punjab and Haryana but one can see it is a nationwide protest against farm laws now. No one has stepped back despite internal differences on various other issues,” said Veerpal Singh Dhillon, senior vice president of BKU Kadian.

Meanwhile, in between the struggle, BKU Lakhowal was suspended from the group of 32 farmer unions when it had planned to file a writ petition in the Supreme Court on the issue. Later Lakhowal union president Ajmer Singh announced that they would not file any petition and they were included in the union after completing the suspension period.

Two more unions Azad Kisan Union (Doaba) and BKU (Krantikari) were also suspended for a week after the Republic Day violence episode. However, later after an internal inquiry, they were taken back in the mix. “Differences did come up many times, but we cleared them and remained united. We have no issues to work together on farm laws and MSP even in future as it is our common fight,” said Manjeet Singh Kadian, president of BKU Kadian.

BKU Ugrahan, the largest farmer union in the state, and Kisan Mazdoor Sangharsh Committee (KMSC) are also working in harmony with each other. Ugrahan was earlier not part of SKM, but now is a regular member apart from the other nine members including a few from Punjab.

The unions have remained united almost always throughout the one year of struggle, be it the Red Fort violence case, meetings with the government. Even after the Karnal incident last month, all unions extended support to Haryana farmers beaten up by the police.