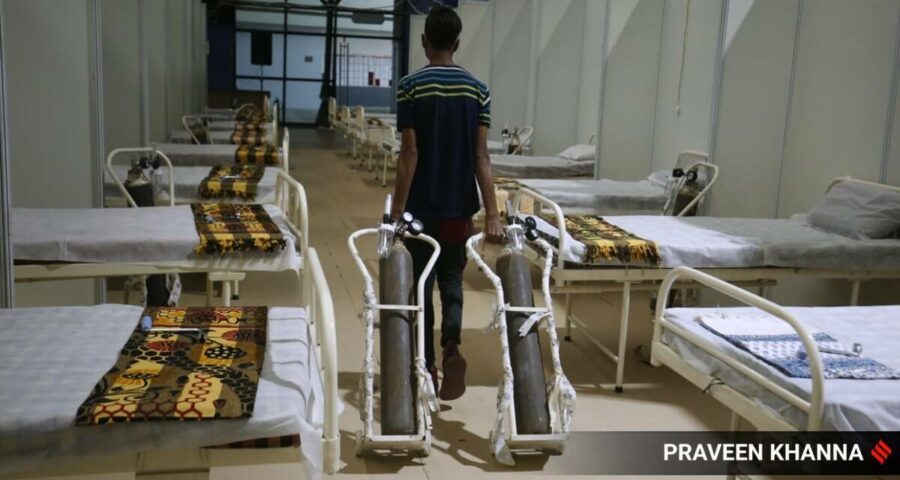 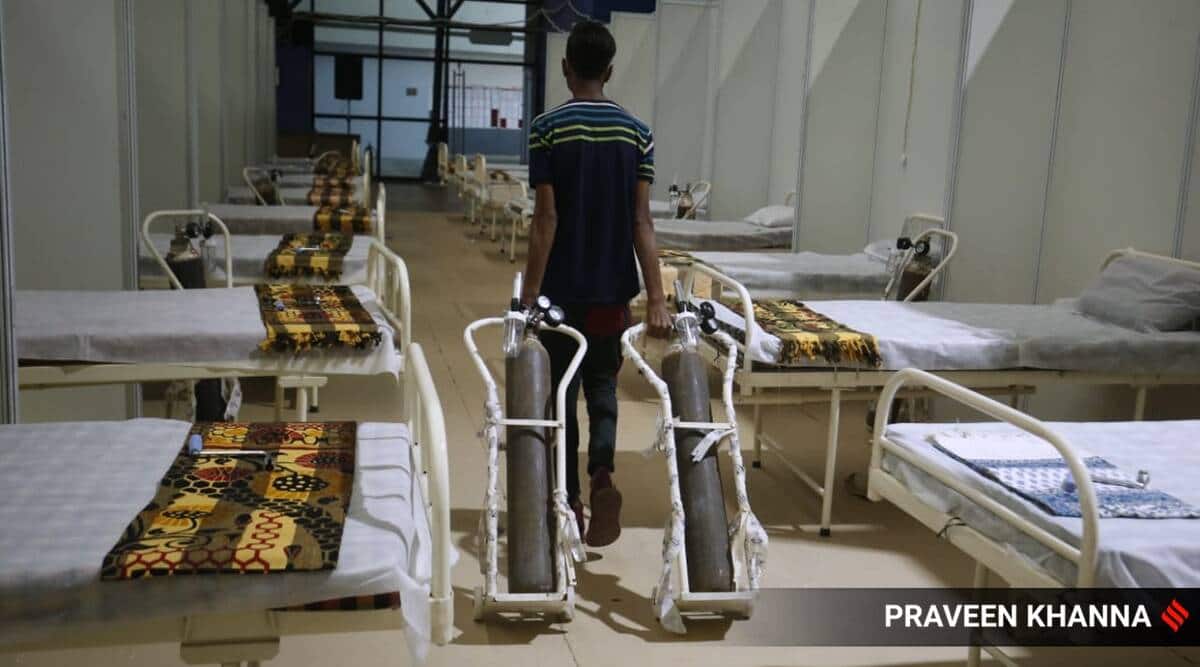 A day after Max Hospital and Mayom Hospital in Gurgaon put out SOS tweets seeking help following a shortage of liquid oxygen, Metro Hospital took to Twitter appealing for help for “around 70” patients admitted there.

This is the fourth hospital in Gurgaon in three days to put out such a message in the face of an oxygen shortage – Artemis Hospital had faced the same problem on Friday. At Metro Hospital, the problem was resolved only by the evening, when a tanker reached the hospital around 5 pm.

Officials, however, insisted that the administration is acting “vigilantly and promptly”. Speaking in the context of another hospital that had faced oxygen shortage on Saturday, a spokesperson of the district administration said, “A matter had come forth about a hospital in Palam Vihar for which, on the basis of the request of the executive magistrate deployed there, Deputy Commissioner Yash Garg arranged for oxygen from Faridabad and from another hospital in Gurgaon. This shows how vigilantly and promptly the district administration is acting.”

Officials, on Sunday, said a solution to this problem has been found for now with the allocation of oxygen for Gurgaon being increased to 35 tons per day in directions issued by the state government – 20 tons from INOX Air Private Limited in Bhiwadi and 15 tons from Air Liquid Panipat.

“The Government of Haryana has also given directions to companies producing oxygen to stop industrial oxygen supply until further directions, except in the case of certain select industries. The companies have also been directed to maintain daily records, which they will mandatorily have to show to an authorised officer of the government if asked,” said the spokesperson.

In addition, officials said the state government has also started a call centre and helpline from where the Civil Surgeon of each district will receive a call twice a day for information about oxygen availability. If oxygen is available in only a small quantity, oxygen will be provided in “immediate action mode”.

“It has also been seen that some hospitals in the district first say their oxygen will last till the evening and then raise a panic alarm that their oxygen will run out in half an hour; they tweet and try to spread panic even though Additional Chief Secretary TC Gupta has already told all hospitals to alert the administration 6 hours before oxygen runs out so arrangements can be made while there is time,” said the spokesperson.

“I appeal to all residents of the district to act with restraint in the hour of crisis and avoid rumours. The administration is constantly monitoring oxygen supply in Gurgaon and availability of beds in hospitals,” said Yash Garg, Deputy Commissioner of Gurgaon.

“For two days, there has also been a decrease in positive cases in the district, which is a relief for everyone,” he said.

Deputy Commissioner Garg, on Sunday, also issued orders constituting a committee “to ensure continuous and smooth supply of oxygen” in the district. “… it has been intimated by Civil Surgeon, Gurugram, that they have reports of oxygen shortage at certain hospital in district Gurugram,” states the order, adding that the committee has been formed “to address this critical issue and ensure continuous and smooth availability of oxygen in every hospital and nursing home in Gurugram”.

“The committee shall devise a District Oxygen plan assessing average requirements of District, individual requirements of hospitals, current availability & projected requirements in at least next four days. Accordingly, movement of oxygen tankers should be planned. The team should have list of all supplied & vendors including Air Liquid Panipat. The Committee shall also be responsible for preparing the distribution plan daily, distributing oxygen rationally,” states the order, adding that the plan must be presented to the Deputy Commissioner by 4 pm.