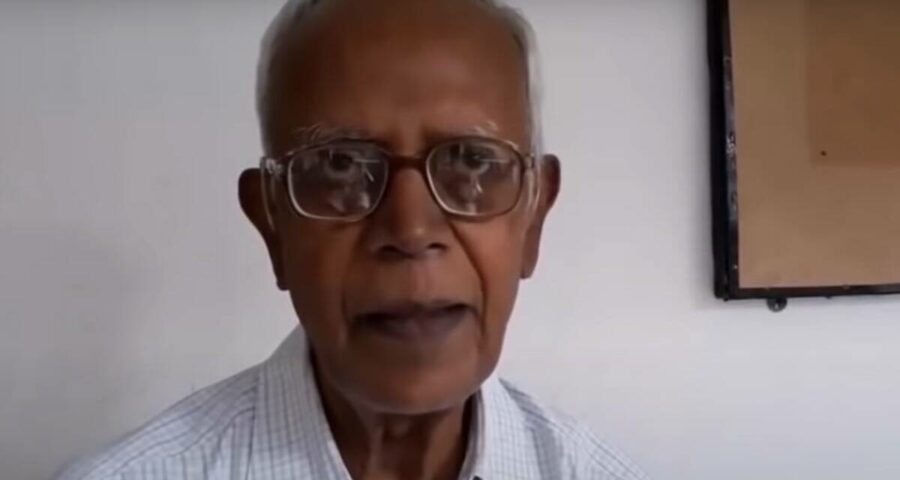 On June 17, taking note of “serious medical issues” in his hospital report, the HC had extended the stay of Father Stan Swamy, Holy Family Hospital for two weeks, till July 5. The Bombay High Court Friday said Father Stan Swamy, the 84-year-old Jesuit priest and activist arrested last year in the Elgaar Parishad case, can remain in Bandra’s Holy Family Hospital till July 6. It is expected to hear Swamy’s bail plea on the day.

The HC had earlier extended his stay till July 5 observing ‘serious medical issues’. Senior Counsel Mihir Desai, representing Swamy, told the HC that he is still in the intensive care unit (ICU).

Due to paucity of time, a division bench of Justice S S Shinde and Justice N J Jamadar posted to July 6 the further hearing on Swamy’s appeals against special NIA court orders rejecting his bail pleas on medical grounds and merits.

On June 17, taking note of “serious medical issues” in his hospital report, the HC had extended the stay of Father Stan Swamy, Holy Family Hospital for two weeks, till July 5. Extension was granted after Desai urged the court that the 84-year-old be allowed to remain in the Bandra Hospital as he had been shifted to the ICU again, adding he has heart problems. The bench had perused the report filed by the medical director of the hospital and noted “there were serious medical issues”.

The HC had, on May 28, directed state prison authorities to shift Swamy from Taloja Central Jail in Navi Mumbai to the Holy Family Hospital for 15 days and had asked Swamy to bear the cost of his treatment. Swamy was shifted to the hospital ICU the same night and put on oxygen support. He later tested positive for Covid-19.

Meanwhile, Swamy has also filed a fresh criminal writ petition before HC challenging constitutional validity of section 43D (5) of the Unlawful Activities Prevention Act (UAPA) that creates ‘obstacle’ for an accused to be granted bail and said that same was violative of articles 14 ( Equality before law) and 21 (Right to life) of the Constitution.

Swamy said that by imposing such a provision of UAPA and accusing him to be a part of the frontal organization of the banned terrorist group, the National Investigation Agency (NIA) has made it impossible for him to apply for bail and the same was ‘arbitrary’ and against his ‘personal liberty.”

The challenged provision of the UAPA states, “No person accused of an offence punishable under Chapters IV (punishment for terrorist activities) and VI (forfeiture of proceeds of terrorism or any property intended to be used for terrorism) of this Act shall, if in custody, be released on bail or on his own bond unless the Public Prosecutor has been given an opportunity of being heard on the application for such release.”

The petition says, “The said section creates an insurmountable hurdle for any accused to be granted bail under the provisions of UAPA.”

In light of this, Swamy sought direction to quash and set aside section 43 D (5) of UAPA and also sought to set aside terminology ‘frontal organizations’ from the first schedule of the UAPA stating that same is used by authorities to oppose bail applications ‘blatantly and arbitrarily.’

Swamy also sought to set aside the special NIA Court’s March 22 order rejecting his bail application. HC is likely to hear the plea next week.

Wives of activists and Elgar Parishad case accused Anand Teltumbde and Vernon Gonsalves, who are currently lodged in Taloja Central Prison, have recently filed a petition in the Bombay HC seeking an inquiry and action alleging that the Superintendent of the jail has been restricting the accused persons from writing letters to their wives and lawyers and and also delayed the letters written by the accused.

Rama Anand Teltumbde and Susan Abraham Gonsalves in their petition submitted that such restrictions are against the rights of the prisoners and raised grievances that letters which were supposed to be posted, were either withheld or posted belatedly and no response was received on letters written by them to the accused.

This act by the Superintendent was ‘deliberate and malicious,’ the plea said. Superintendent has ‘throttled basic rights of prisoners’ and therefore they had no other alternative and were forced to approach HC, it added.

In view of this, the two wives sought directions to permit the accused to write and receive letters from family and lawyers and sought inquiry against the Superintendent of Taloja prison for his alleged decision imposing restrictions on writing and receiving letters by accused persons.