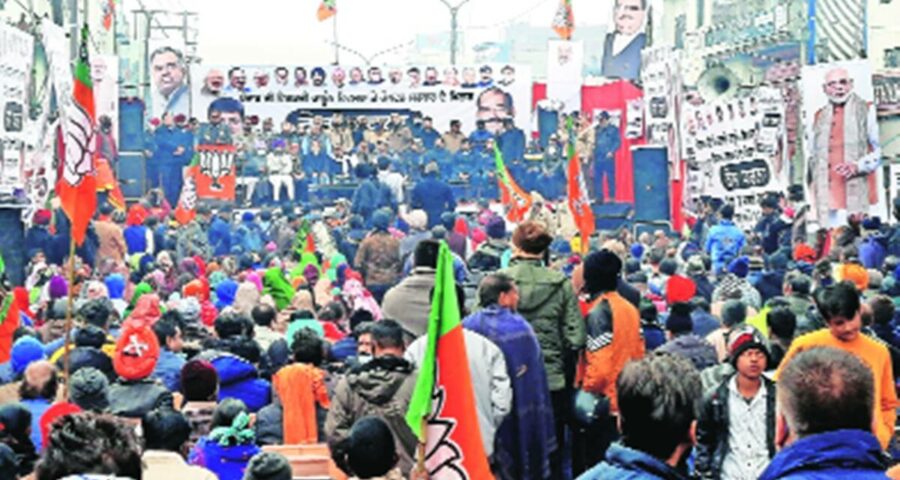 While Punjab BJP president Ashwani Sharma said that the party will hit the roads to communicate its side of the story and will also form the government in Punjab in 2022, BJP national general secretary Tarun Chugh dared that no one should underestimate the BJP’s ability to put up a fight. 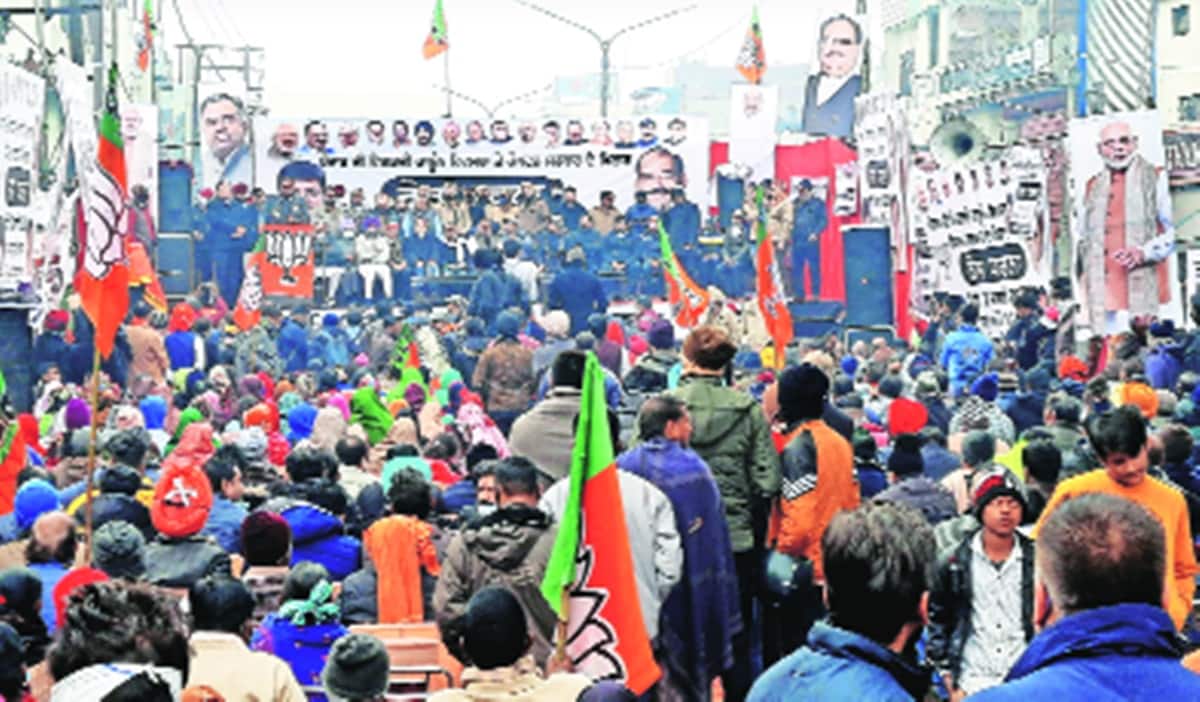 Cornered for months over the ongoing farmers’ protest against Centre’s farm laws, the Punjab BJP on Saturday held its first rally in the state where it targeted the Congress’s Amarinder Singh government and said that BJP leaders and workers in the state were being “attacked” at the behest of the Congress.

The rally was held in Ludhiana particularly to demand a criminal case against Ludhiana Congress MP Ravneet Singh Bittu for his alleged “provocative and inflammatory” statement on the ongoing farmers’ protest.

While Punjab BJP president Ashwani Sharma said that the party will hit the roads to communicate its side of the story and will also form the government in Punjab in 2022, BJP national general secretary Tarun Chugh dared that no one should underestimate the BJP’s ability to put up a fight.

The state BJP chief said, “Congress workers are sitting outside the houses of BJP leaders for the past 3 months…They use offensive language against the leaders and even there is no privacy of our members. Such protestors can never be farmers. Now from Sunday onward, BJP leadership will be visiting houses of all the leaders where indefinite dharnas are going on since October 1. So far, dharnas have been organised outside the houses of 31 BJP leaders and I will be meeting each and every worker along with leadership. We have tolerated enough, we don’t fear from anyone. Agar zulam sehna paap hai..taan zulam karna vi paap hai.”

Reacting to BJP’s statement that Congress workers were protesting outside the houses of BJP leaders, BKU (Ugrahan) general secretary Sukhdev Singh Kokri Kalan said: “Let their leadership come to the houses of BJP leaders where our members, whom they call ‘Congressi’, are sitting. We will lodge a protest against them whenever they come. No member of our union will do any violence, let them beat us or do whatever they want, but we will continue sitting at dharna till farm laws are not repealed.”

He added: “BJP has a plan to create a clash when they know that black laws of their party are the reason of protest against them. They also need to tell the number of farmers who have died so far, if they remember the number of leaders where dharnas have been organised.”

Saturday’s rally was organised near Shingaar Cinema where the party demanded an FIR against Ludhiana MP Ravneet Singh Bittu. On Friday, an FIR was lodged against Bittu in Delhi, while in Ludhiana BJP leaders have given a complaint to police commissioner to get an FIR lodged. Sharma said, “If FIR is not lodged then from January 4, BJP leadership will start indefinite dharna against Ludhiana police”.

Sharma said that the protest rally was against Bittu’s statement and also against poor law and order situation in Punjab.

BJP’s national general secretary Tarun Chugh said, “Enough is enough, you cannot stop us from speaking our views. We will go to each and every corner of the state, will explain our side to each and every voter….We will continue our struggle till farmers’ income is not doubled and till the time farmer is not happy.”

The state BJP chief also spoke about an incident where some people unloaded a cow dung trolley in front of BJP leader Tikshan Sud’s house in Hoshiarpur on Friday. He said such things won’t be tolerated.

Tikshan Sud, a former Punjab minister, said, ‘’Despite all details, no arrests have been made so far.”

“All those who attacked the house of Tikshan have been identified,” Sharma said. Despite a case being registered in the matter, those who were behind this incident have not yet been arrested, he added.

‘Will form next government’

Sharma added, “We will form a government that will make the state nasha mukt, create jobs for people, make farmers happy. We are not going to run away from municipal polls as well. If Congress thinks by organising protests against us. We will contest municipal council as well as municipal corporation polls too.”

Sharma said that next rallies will be held in Jalandhar, Amritsar, Hoshiarpur and even in Bathinda too.

While BJP organised a protest rally against Bittu, his supporters Saturday opened the doors of his Ludhiana house and arranged space for BJP leaders to stage a protest against him inside his house. His supporters arranged tea, cold drinks, mattresses and quilts BJP leaders.

Mahila Congress and Youth Congress workers protested against Punjab BJP leadership at the spot where the protest rally was organised.

Bittu, who is protesting at Jantar Mantar in Delhi, said: “BJP should get a meeting of farmers fixed with the PM rather than blaming them and staging dharnas in Punjab.”