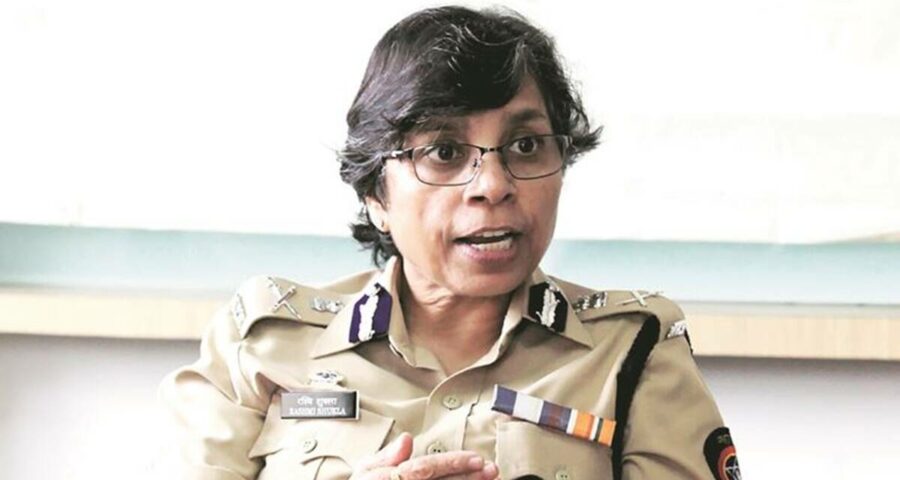 Shukla told the Bombay High Court on Wednesday that the Maharashtra government had given its permission for interception of certain phone numbers to authenticate complaints of corruption in police transfers and postings. Maharashtra minister Nawab Malik on Thursday sought to know whether Rashmi Shukla had sought the nod of chief minister for tapping phone calls, a day after the senior IPS officer said the state government had given its permission for interception of certain phone numbers.

Shukla told the Bombay High Court on Wednesday that the Maharashtra government had given its permission for interception of certain phone numbers to authenticate complaints of corruption in police transfers and postings. Her counsel Mahesh Jethmalani had said that when Shukla was heading the state intelligence department, she was directed by the Maharashtra Director General of Police (DGP) to conduct surveillance of a few phone numbers.

Shukla had then taken permission from the state government’s Additional Chief Secretary Sitaram Kunte under provisions of the Indian Telegraph Act, Jethmalani said, adding that from July 17, 2020 to July 29, 2020, Kunte had given permission to Shukla to carry out surveillance. Reacting to it, Malik told reporters here that Shukla’s lawyers have informed the court that she had sought proper permissions to tap certain phone numbers. However, she had “mislead” the officials and sought the permission, the NCP spokesperson alleged.

“It is imperative to find out whether police officer Rashmi Shukla had taken permission from chief minister for tapping phone calls,” Malik said without taking any name. “She had sought permission under the pretext of sedition and national interest, but, in fact, tapped the calls of political opponents,” he alleged.

Malik, whose party shares power with the Shiv Sena and Congress in Maharashtra, also claimed that Shukla was not transferred the way she has been telling about it. The Shiv Sena-NCP-Congress alliance led by Uddhav Thackeray came to power in Maharashtra in November 2019 after the Assembly polls. Before that, BJP’s Devendra Fadnavis was the chief minister for five years.

Shukla had moved the HC, challenging an FIR filed by the Mumbai police’s cyber cell in a case of illegal phone tapping and alleged leaking of sensitive documents related to police postings. She is currently serving as additional director general of the Central Reserve Police Force’s (CRPF) South Zone and is posted in Hyderabad The alleged tapping of phones had taken place when Shukla headed the Maharashtra intelligence department. BJP leader and former chief minister Devendra Fadnavis had cited a letter purportedly written by Shukla to the then DGP about alleged corruption in police transfers.

The letter also had details of intercepted calls, leading to an uproar with leaders of the Shiv Sena-led ruling coalition alleging that Shukla tapped phones without permission. Before the registration of the FIR, Sitaram Kunte had alleged in a report submitted to Chief Minister Uddhav Thackeray that it appears that Shukla herself had leaked the confidential report (to Fadnavis).