The submission was made by senior advocate Siddharth Aggarwal before the Delhi High Court. Aggarwal, who represents Tanha, sought taking down news reports about the alleged confessional statement, and an inquiry against police officials responsible. 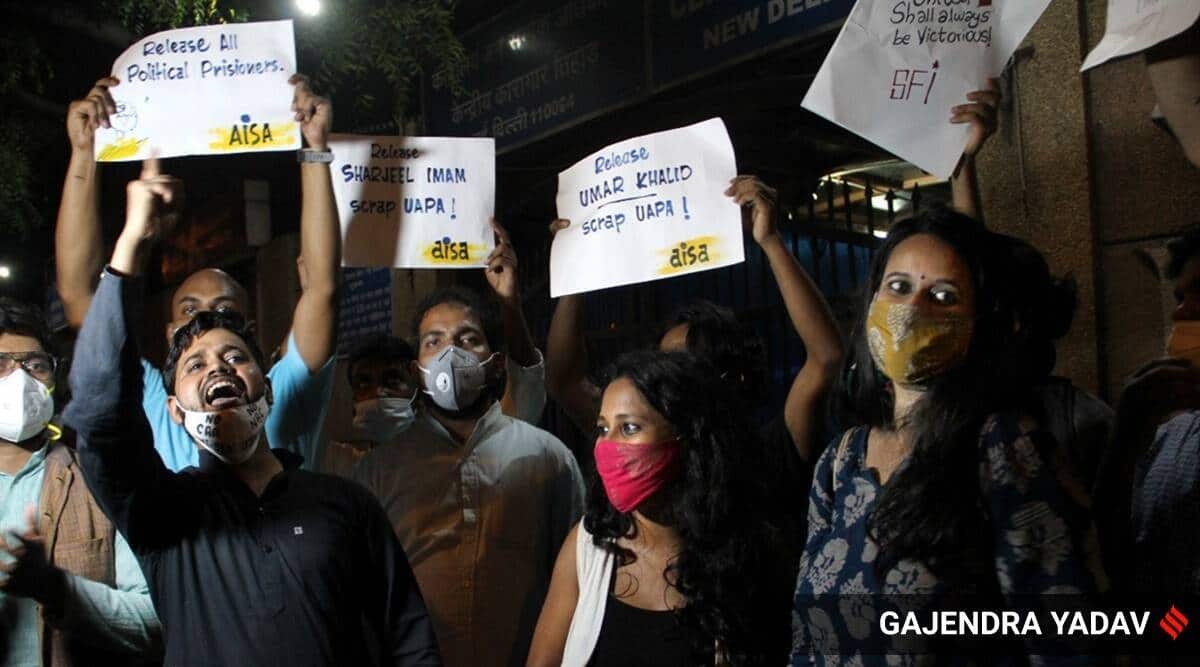 Jamia Millia Islamia student Asif Iqbal Tanha, an accused in the UAPA case alleging a larger conspiracy behind Northeast Delhi violence, Wednesday sought registration of a criminal case and an independent probe into his alleged “confessional statement” and other case documents being leaked to the media.

The submission was made by senior advocate Siddharth Aggarwal before the Delhi High Court. Aggarwal, who represents Tanha, sought taking down news reports about the alleged confessional statement, and an inquiry against police officials responsible.

“The investigation proposed has to be insulated from them now. They cannot be trusted to do an investigation into their own affairs,” submitted Aggarwal, adding that police had initially itself claimed to have been aggrieved of the leaks but was now strongly resisting inquiry into how its own material got leaked.

Delhi Police in a reply to the petition has told the court that it has failed to find the officers or the office from where “details of investigation” were “shared with the media” as the journalists have refused to divulge their source. Aggarwal on Wednesday called it a “eyewash” and said police had nothing to offer but words.

Aggarwal, during his final submissions in the case, said that a detailed and in-depth investigation was required to find out how the leaks happened. “The conduct of the police even during the course of these proceedings is to continue that camouflage, that smokescreen and just convince this court with that smokescreen that ‘we have done enough’ and this (Tanha’s case) should be dropped,” he contended.

Tanha’s counsel also commented before the court that it was no longer a tendency but “a beholden right” of the prosecuting and investigating agencies that a hype is made about cases due to which the accused has to suffer. “These are cases which are fought inside the courtroom lesser and outside the courtroom much more,” Aggarwal submitted.

Aggarwal argued that the Delhi Police, despite all its internal enquiries, was not in a position to give any answers to the court. “Delhi Police is the custodian and must answer for it,” he added.

Tanha, who is on bail in the case, in his petition filed last year argued that the timing of the “leak” of the purported statement, which is inadmissible in law, to the media and “publication of this false information purportedly from the police files” at a time when his bail was pending consideration before the trial court creates a reasonable apprehension that “the process of justice is being attempted to be subverted”. The supplementary chargesheet filed before trial court on February 25 was also leaked to media even before its cognizance was taken, the court was told in March