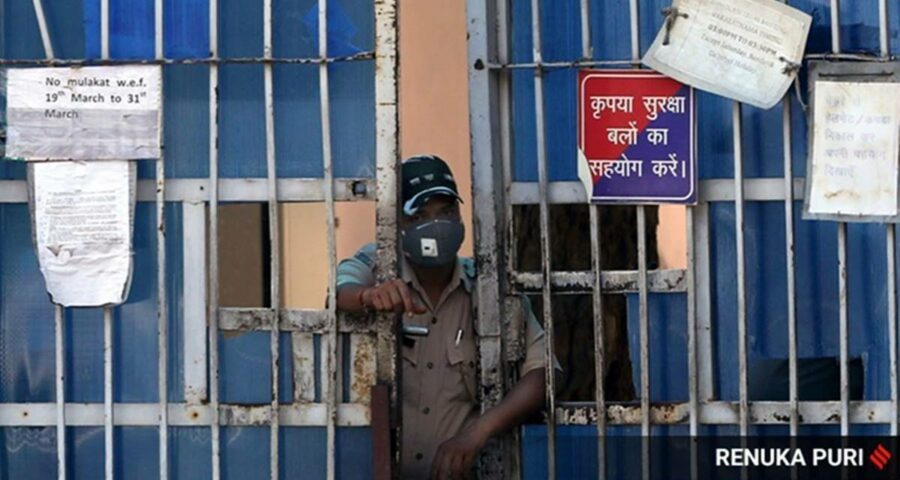 The accused suspected the victims of conspiring with jail authorities, said the police. They have been booked under IPC sections for attempt to murder and voluntarily causing hurt. Three Tihar jail inmates were allegedly assaulted by fellow prisoners inside the prison complex on Saturday night after they suspected the victims of conspiring with jail authorities, said the police on Monday. A case of attempted murder was registered after the three inmates were found severely injured inside their cell. The police said the accused allegedly attacked the victims with blades and other sharp weapons.

The injured were identified as Pinku (24), Sunil Sherawat (32) and Sunny (32). The police received their MLCs and were called to DDU hospital on Saturday.

The accused four inmates — Rohit Kapoor, Rajesh, Sandeep Dalal and Sehrawat — have been booked under IPC sections for attempt to murder and voluntarily causing hurt. Sehrawat also received injuries during the fight.

Sunny gave a statement to the police saying he and his friends were attacked by the accused inside Tihar jail No. 1 on Saturday night. Sunil and Pinku were also undergoing treatment but were not fit for a statement. They were referred to Safdarjung hospital for further treatment.

A senior police officer said, “though the exact reason behind the fight is not confirmed, we found that the accused suspected the victim party of ‘tipping off’ or conspiring with jail authorities. They thought that the victims named them and three other inmates and told the jail authorities about their illegal activities inside jail premises.”

Prashant Priya Gautam, additional DCP (West), said the police have received MLCs and recorded statements of the victim. “ We have also taken samples from the spot for enquiry. The case was registered on the complaint of the deputy superintendent at jail No. 1. Both accused and victim parties are involved in multiple cases of robbery, Arms Act, extortion etc,” he said.