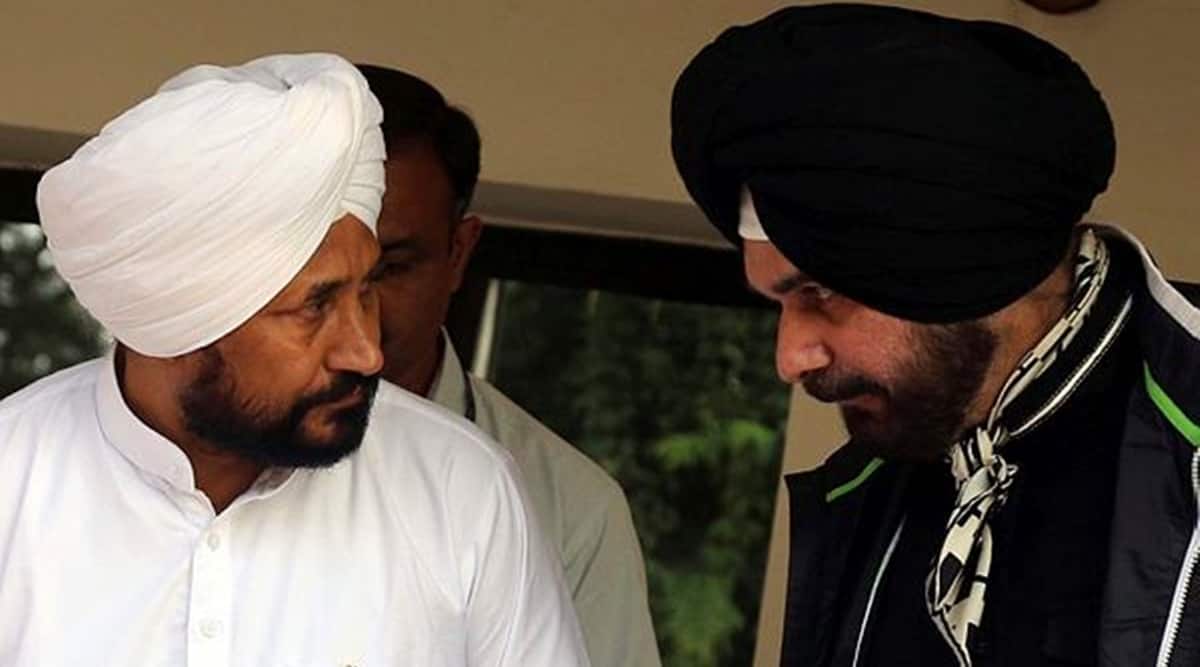 After night-long firefighting, Congress Tuesday brought Chief Minister Charanjit Singh Channi and Punjab Pradesh Congress Committee chief Navjot Singh Sidhu together as the duo left for Uttarakhand in the morning aboard a government chopper to convey a message that the two are together.

It was a day after an eventful Monday, when the government had asked Advocate General APS Deol to resign in order to placate a sulking Sidhu, who launched a no-hold-barred attack at Channi without naming him, while speaking at a function.

However, after Sidhu’s attack, Congress decided not to accept Deol’s resignation.

Sources said after a politically hot day, Sidhu’s aide and Cabinet minister Pargat Singh got active to save the situation. “The high command was conveyed that Sidhu is a force multiplier. He is a popular leader and if he quits Congress at this juncture, it would affect the party badly. The high command was also told that the Aam Aadmi Party (AAP) was looking around desperately for a face. If Sidhu plans to quit then it would affect Congress’s chances.”

“Sidhu had stated Monday that people will vote for those who would give them a “Diwali gift” or to those who will pull the state out of this mess. He had said the people of the state will elect their leader on their own and that too after rising above the party lines. There was a subtle message in this. The high command was made abreast of the situation,” said a source.

Channi, who had made an announcement of making power cheaper in the state by Rs 3 every unit, Monday, spent some time sitting on the roadside outside his residence listening to complaints of the people, as hectic parleys continued at Pargat Singh’s house to get Sidhu and Channi back together.

Finally, it was decided that the duo will be taken to Kedarnath Temple Tuesday to convey a message that the two are together. “At the same time, Congress will be able to consolidate its Hindu vote. For Congress, Sidhu appeals to both Sikh and Hindu voters. He is the secular face,” said a source.

Talking to the media after meeting the Punjab leaders at his residence, Rawat said, “All is well in our Punjab unit now and everything is running smoothly. We had a challenge and we have overcome it. I am confident that this situation will prevail. I won’t say that I have taught them anything…He (Harish Chaudhary) is one of those youths we can learn a lot from. I am confident Congress will win in Punjab.”

“They visited me while on their way to Kedarnath and I want to thank them for that. We always thank whoever visits Kedarnath, be it Charanjit Singh Channi, Navjot Singh Sidhu, KPS Rana, Harish Chaudhary or Narendra Modi,” he added.

Talking to media persons, Sidhu said that there was no greater ‘dharm path’ (religion) than ‘kartavya path’ (duty). “Dharm is about feeding the poor and spreading joy. It is the message of Lord Mahadev… I have come here to seek His blessings for the welfare of Punjab.”