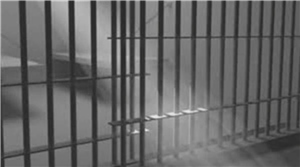 Mariamma (45), a native of Chintakani in Khammam district, was brought to the police station in connection with a theft case along with two others. She collapsed at the station and died on June 18. The three police officers who were placed under suspension in Telangana following the death of a Dalit woman in custody have been dismissed from the service.

Mariamma (45), a native of Chintakani in Khammam district, had been working as a maid at a pastor’s house at Addagudur in Yadadri district. She was brought to the police station in connection with a theft case along with two others. She collapsed at the station and died on June 18.

After it was alleged by Congress’ Telangana SC cell chairman N Preetham that Mariamma, her son Uday and his friend Shiva were badly beaten by the station officers, the Rachakonda police commissioner had suspended the three police officers for negligence in handling the investigation.

The Telangana High Court then ordered a judicial probe in the matter and directed a second autopsy of the deceased after exhumation. Meanwhile, Chief Minister K Chandrasekhar Rao announced a government job for Mariamma’s son Uday Kiran, a house and Rs 15 lakh as ex gratia besides Rs 10 lakh to each of her two daughters.

Directing DGP M Mahendar Reddy and ministers to visit and console the family of the deceased, the CM had said “There is a need for society to change its attitude towards the Dalits. Especially the attitude and behaviour of the police towards the Dalits should be in favour of them and to support them. It is unfortunate that when the police machinery is making a qualitative change in maintaining the law-and-order situation, such an incident took place. We will not pardon such incidents.”

The government is preparing to announce a Dalit empowerment scheme titled the Telangana Dalita Bandhu on a pilot basis from the byelection-bound Huzurabad assembly constituency.