The paper says at least 20,000 people die of rabies every year in India, according to estimates. “Rabies is present on all continents except Antarctica. 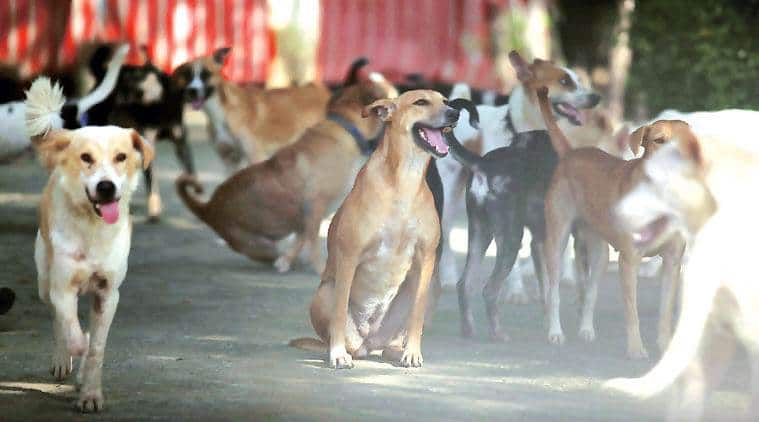 THE GURU Angad Dev Veterinary and Animal Sciences University (GADVASU), Punjab’s state vet varsity, in collaboration with the National Academy of Veterinary Sciences (NAVS), Delhi, has released a significant policy paper titled ‘Diagnosis and Control of Rabies in Animals in India by 2030’.

“Rabies (Latin meaning ‘rage or madness’) is one of the oldest zoonosis known to mankind. Rabies is close to 100 per cent fatal, but at the same time almost 100% preventable. It is the deadliest disease on earth and fatal in the absence of preventive measures immediately after getting infected. The present policy paper provides a comprehensive outline of prevention and control strategies alongwith recommendations for the policy makers and relevant stakeholders in order to achieve the goal of ‘zero human rabies death by 2030’,” said Dr Inderjeet Singh, vice-chancellor, GADVASU.

Dr Jasbir Bedi, director, Centre for One Health, GADVASU, a specialised wing of the varsity which researches on zoonotic diseases that are transferred from animals to humans, said: “Rabies is a viral zoonotic disease which leads to death in both humans and animals once the clinical symptoms start appearing. At the same time, it is 100 per cent preventable by prophylactic vaccination. Rabies is widely distributed all over the world with major impact in developing countries. In India, more than 90 per cent of human rabies cases occur due to exposure to rabid dogs, especially in children. The most effective strategy for prevention of human rabies is by eliminating rabies in animals through effective vaccination regimen.”

Speaking to The Indian Express, Dr Bedi said that in case of rabies prevention, children need special care because they are exposed to dogs more than adults. “In India, in more than 90 per cent rabies cases, the infection comes from dogs — either stray or pet. Children keep playing with dogs and are more exposed than adults. Children below 15 years of age need extra care and even a minor scratch should be reported to parents immediately.It also depends on the body part where the dog has bitten, for example if the bite is near the neck or face which are closer to the brain, the virus will travel faster and attack the nervous system,” said Dr Bedi.

Adding that children should take extra precautions when handling a dog, he said, “Dogs of any age group, even if a puppy, can transfer infection. Children should avoid playing with a dog when he/she is having food or when unwell/sick. That’s when it is irritated and might bite. A bitch feeding puppies should also never be disturbed.”

The paper says at least 20,000 people die of rabies every year in India, according to estimates. “Rabies is present on all continents except Antarctica. The disease is endemic in more than 150 countries and territories. Thousands of people die from rabies every year with 95 per cent human deaths occurring in Africa and Asia where this disease causes around 59,000 deaths every year. India alone accounts for 20,000 deaths; more than one-third of the world’s total,” reads the paper.

“In India, rabies is still not included in the list of diseases for routine surveillance by the states to be reported under Integrated Disease Surveillance Project (IDSP, 2020) of the Indian Ministry of Health and Family Welfare. Therefore, due to the limited reporting and imprecise estimates, rabies is still a major concern and burden, particularly for the poorest rural section of the community,” the paper adds.

“It is only according to the estimates of the World Health Organization that we can say that at least 20,000 rabies deaths happen in India each year. There is no solid and full proof surveillance system in the country yet to record actual rabies deaths. Many cases in rural areas are not even reported or diagnosed,” said Dr Bedi.

Rabies Research-cum-Diagnostic for Disease Control, GADVASU, Ludhiana is one of the laboratories in the country where animals are diagnosed for rabies. “Brain samples are tested for rabies after an animal’s death,” said Dr Bedi.

The paper concludes that the government must focus on vaccination coverage to control the disease.
“To achieve control and eventual elimination of rabies requires vaccination coverage of at least 70 per cent susceptible population to maintain the required level of herd immunity despite huge dog population turnover (births, deaths, animal movement) in the period between the campaigns. Mass parenteral canine vaccination campaigns (preferably annual) with vaccines meeting international standards are the mainstay of dog-mediated rabies control. Oral rabies vaccination (ORV) of dogs may be considered as a complementary measure to improve overall vaccination coverage when restraining of dogs is difficult,” says the paper.

“It is important that rabies vaccination programmes adequately accommodate responses to changes in epidemiological conditions. Greater community awareness, engagement and mobilization can improve/influence the turn-out for vaccination campaigns, their cost-effectiveness and sustainability and the surveillance and management of rabies cases. Service of professional dog handlers (who are properly vaccinated) to catch and restrain dogs humanely for vaccination can offer better coverage,’ it adds.