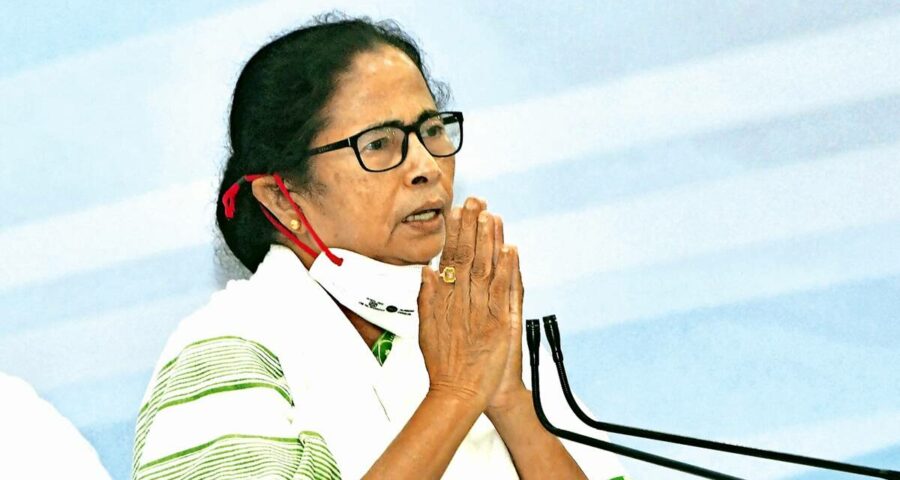 “We need 10 crore vaccines but demanded only 3 crores. However, they (Centre) only sent us one lakh doses. I also urged the central government to let us buy vaccines from outside but it did not give permission for that as well,” the CM said. 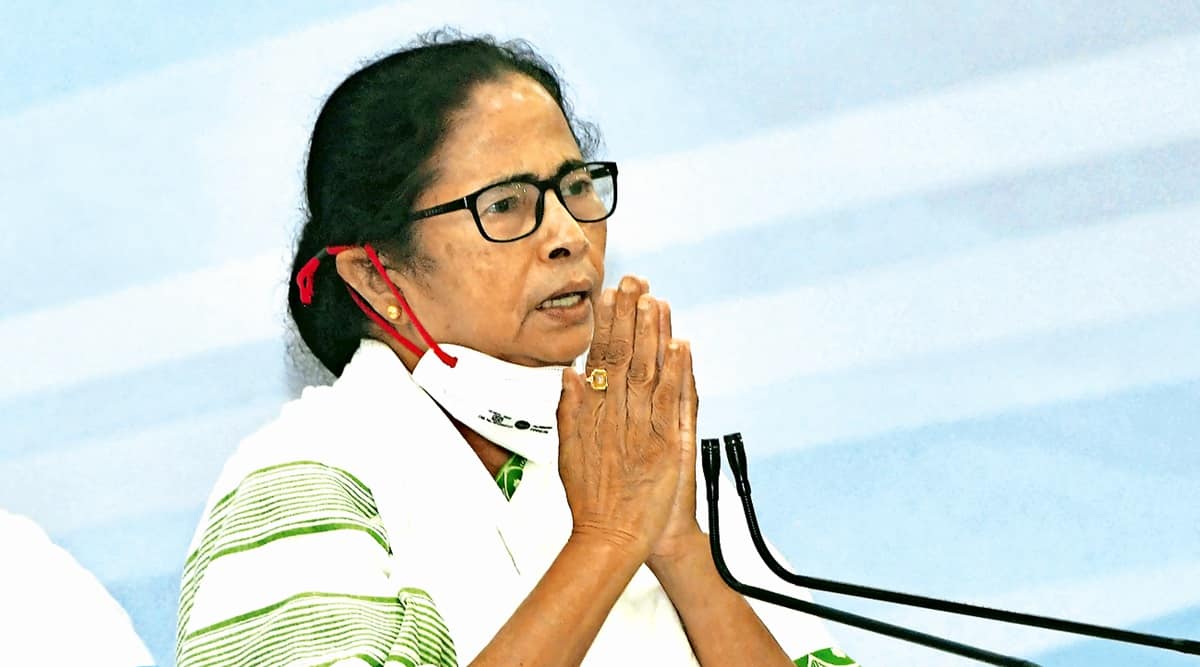 Chief Minister Mamata Banerjee has again accused the Centre of not sending enough vaccines to her state.

Addressing a gathering of clerics, representatives of all communities and Puja committee members after chairing her first cabinet meeting in her third stint as CM, Mamata said, “We need 10 crore vaccines but demanded only 3 crores. However, they (Centre) only sent us one lakh doses. I also urged the central government to let us buy vaccines from outside but it did not give permission for that as well.”

“Bengal needs 550 metric tonnes oxygen, but the Centre has allotted a little over 300 metric tonnes,” she said. Claiming that the Centre has reportedly exported 65 per cent of vaccines produced in the country, she said, “I ask the Union government to mull over its options and source more vaccines, if necessary from foreign countries.”

At a press conference after her first cabinet meeting, the CM reiterated that every citizen in her state would be administered vaccine shots free of cost, adding that if all Indians get the jab without paying for it, the cost to the national exchequer will come to around Rs 30,000 crores. “This is not a big amount for the central government. It can easily manage this expense,” Mamata said.

The CM iterated that the Centre should do away with GST on any initiative to build health infrastructure amid the pandemic so that more corporate entities can come forward to provide assistance. “As the central government is not providing any financial aid, we can strengthen healthcare infrastructure and buy vaccines with the support rendered by corporate entities and other residents,” she said.

The CM added Bengal is under an unofficial lockdown and will remain so. “People should behave as if a complete lockdown is in force. There hasn’t been any official announcement (of the unofficial lockdown) and there won’t be any. A lockdown hurts the interests of the common man, especially those of daily wage earners. Poor people will suffer and we can’t allow that,” she said.

On steps to contain the second wave of the pandemic, Mamata said, “We have taken strict measures… The number of hospital beds in the state (for Covid-19 patients) have been increased to 30,000. Also, all medical college hospitals in the state have been asked to set up oxygen plants and given liberty to decide on further increase in the number of beds.”

The CM stated that the cabinet has formed a committee comprising chief secretary and other top officials of home, finance and health departments to address gaps in critical infrastructure. “This committee will look into implementation of promises made to the people after the Covid-19 situation is brought under control,” she said.

She added that the government had to suspend local train services as they run a huge risk of infection. However, the CM claimed that though suburban trains have been brought to a halt, there is still enough scope for businesses to run without any undue risk to public health. The state government has already curtailed the number of passengers on the Metro and public buses to 50%.

“Several steps, such as suspension of local train services, are being taken to break the chain of virus transmission. Every person should strictly abide by the Covid-19 protocols, and behave like a lockdown is in force across the state,” the CM said.

She further said that a negative RT-PCR test will be made mandatory for all those coming to Bengal from outside, even if they fly to the state in helicopters or special flights.

Urging clerics not to allow assembly of more than 50 people at one place during Eid celebrations and Namaz, Mamata advised Muslims to stay at home as much as possible during the festival. Muslim religious bodies have already announced that due to the prevailing Covid situation in the state, the traditional congregation on Red Road for offering Namaz on Eid has been cancelled this year. Mamata urged Puja committees to help Covid-affected people and asked police to involve them in distributing oxygen cylinders and necessary medical items to patients and their kin.

Contending that peace prevails in the state, she said that her government will act against the ones circulating fake videos over post-poll violence. Asking media persons to refrain from causing panic among people, the CM said a Pandemic Act will be enforced soon to deal with such issues.