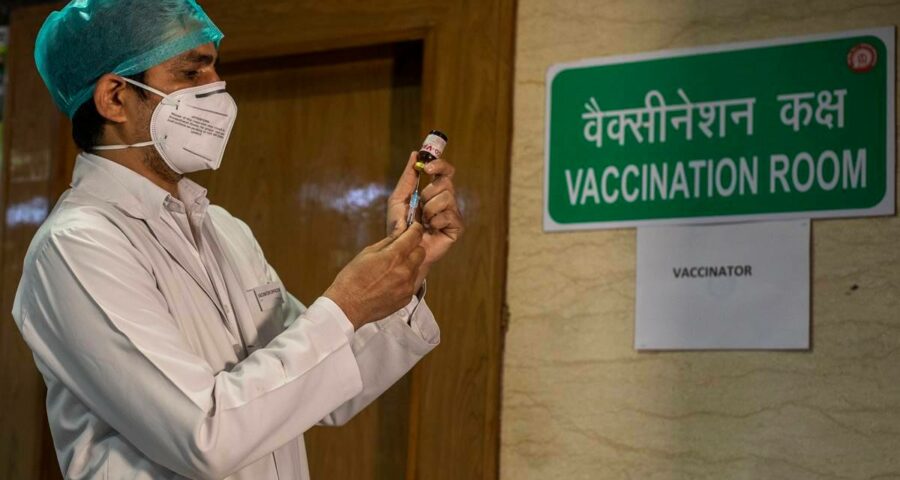 No death due to COVID-19 was recorded in the city on Saturday, the second time in February when the single-day fatality count was nil. Delhi recorded 94 fresh COVID-19 cases on Tuesday, the lowest in over nine months, while the positivity rate slipped to 0.17 per cent in the city, authorities said.

One fatality was also registered, taking the death toll due to the viral disease to 10,894 in the national capital, according to the latest health bulletin issued by the Delhi government.

Delhi had recorded 96 coronavirus cases on January 27, which was the lowest then in over nine months and the first time that the daily cases’ count was below the 100-mark in that month.

No death due to COVID-19 was recorded in the city on Saturday, the second time in February when the single-day fatality count was nil.

On February 9, no fatality from the coronavirus infection was registered in the national capital after a gap of nearly nine months.

The fatality count was two on February 2, 5 and 7.

The 94 cases were detected in the 56,944 tests conducted the previous day, according to the bulletin.

The COVID-19 case tally has climbed to 6,37,181 in the city, the authorities said, adding that the positivity rate has further declined to 0.17 per cent.

Delhi recorded 141 COVID-19 cases and two deaths due to the disease on Monday, while the positivity rate stood at 0.36 per cent.

The tally of active cases slightly rose to 1,036 on Tuesday from 1,031 the previous day, according to the bulletin.