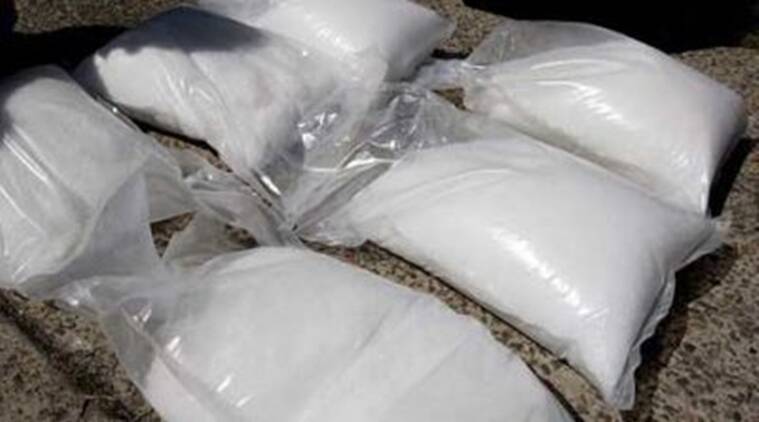 On September 16, the Directorate of Revenue Intelligence (DRI) had seized 3,000 kg heroin worth Rs 21,000 crore from two shipping containers at Mundra port in Kutch. The Congress on Monday attacked Gujarat government and newly appointed Minister of State for Home Harsh Sanghavi in the House over the recent recovery of a huge consignment of heroin from Mundra in Kutch worth Rs 21,000 crore and claimed that it was the largest seizure of narcotics in the history of independent India.

On September 16, the Directorate of Revenue Intelligence (DRI) had seized 3,000 kg heroin worth Rs 21,000 crore from two shipping containers at Mundra port in Kutch. Two days later, on September 18, the Gujarat ATS and Indian Coast Guard in a joint operation intercepted a fishing boat off Porbandar and arrested seven Iranian nationals with 30 kg of heroin.

The issue cropped up on Monday — the first day of the two-day Monsoon Session of the Gujarat Assembly — at Question Hour. During the discussion of a starred question, Minister of State for Labour and Employment Brijesh Merja said that the “motto” of the Gujarat government was “not to spare any wrongdoer, no matter howsoever influential he/she is”.

Referring to Merja’s comment, senior Congress leader and Lathi MLA Virji Thummar made an informal comment that the government was talking about not sparing any influential person, but a huge haul of heroin was recovered from Kutch and the government should act there with its “motto”. Following this, another starred question raised by Congress MLA from Deodar Shivabhai Bhuriya about application fees for liquor permits in the state.

MoS (Home) Harsh Sanghavi — the youngest minister in the new Bhupendra Patel-led government at 36 years — chose to reply to Thummar, saying, “I want to tell Virji bhai that Gujarat is in safe hands… I was considering Virji bhai a senior member. I want to inform Virji bhai about the heroin caught by Government of India and Government of Gujarat. I also want to inform that a team of Gujarat ATS carried out a big operation. ATS jawans (worked) for 72 hours and caught more than seven Iranians along with more than 30 kg heroin.

“Instead of congratulating those jawans, Virji bhai is bringing down the morale of Gujarat Police in this House. It is sad… It is fine if you do not congratulate, but (you) are criticizing them; (you) should be ashamed,” Sanghavi said as Opposition members collectively rose from their seats to register their protest.

Leader of the Opposition Paresh Dhanani said Gujarat sought an answer from the government about how such a huge consignment of heroin found its way in the state, claiming that for the first time in the history of independent India, drugs worth Rs 21,000 crore had been recovered under the rule of the BJP government. “It is you who should be ashamed. Instead of feeling embarrassed, you are shouting,” he said.

Senior MLA and Gujarat Congress president Amit Chavda further attacked Sanghavi and said, “Our member Shivabhai had raised a clear question and then asked a sub question. Virji bhai might have made a comment from his seat. But when a young person like Harsh bhai was given an opportunity (to be the MoS Home) in the place of learned and experienced person like (former MoS Home) Pradeepsinh Jadeja, Harsh bhai should have understood the dignity of his post and the decorum of his House.