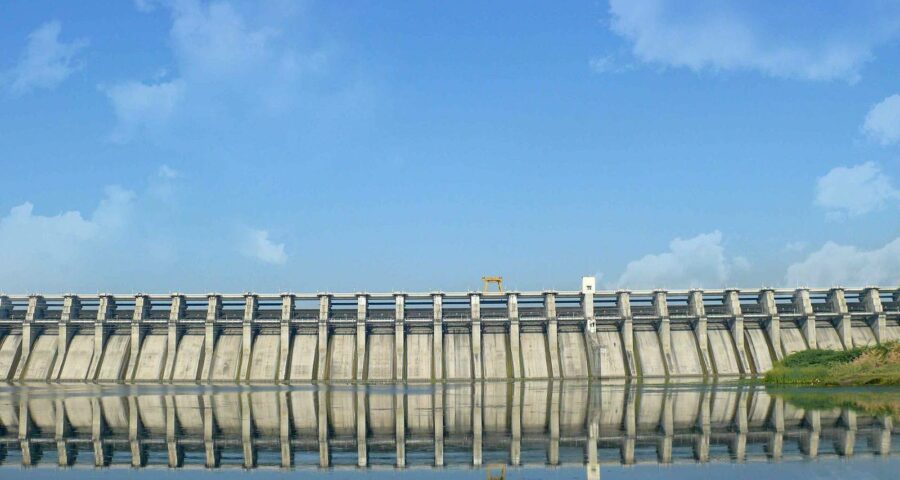 Apart from covering 2.5 lakh hectares of land under irrigation, the water of Jaikwadi is also used to address drinking water and industries requirements in Aurangabad and Jalna districts. At the end of June’s third week, the water level in the Jayakwadi dam, the biggest source for irrigation water in the drought-affected Marathwada region, stands at 2.17 lakh million litres (ML) or 33 per cent of its full capacity of 7.21 lakh ML. Last year, the water level in the dam in Aurangabad’s Paithan taluka was 38 per cent during the same period (on June 24).

According to officials, despite a timely arrival of monsoon in the state, rainfall has been erratic across the state hampering kharif sowing.
“Five percentage point lower water level (as compared to the previous year) in Jayakwadi dam is certainly a cause of concern. With a prediction of a good monsoon this year, our estimate was that water level in the dam would reach 40 per cent,” an official in the water resources department said. With two months (July and August) of full-fledged monsoon ahead, the official said, the department was hopeful that rainfall activity would pick up.

Apart from covering 2.5 lakh hectares of land under irrigation, the water of Jayakwadi is also used to address drinking water and industries requirements in Aurangabad and Jalna districts.

Among the eight districts, Osmanabad is perceived to be the worst hit by drought, but its Lower Terna dam currently is 41 per cent full as compared to only 3.61 per cent last year. However, the Sina Kolegaon dam in the district, which has a total capacity of 76,000 ML has zero water like last year.

“Average water across dams in Beed, Latur, Osmanabad, Hingoli, Nanded, Parbhani, Jalna, and Aurangabad districts is 24.82 per cent. It is a marginal increase from last year’s 23 per cent,” a water resources department official said.