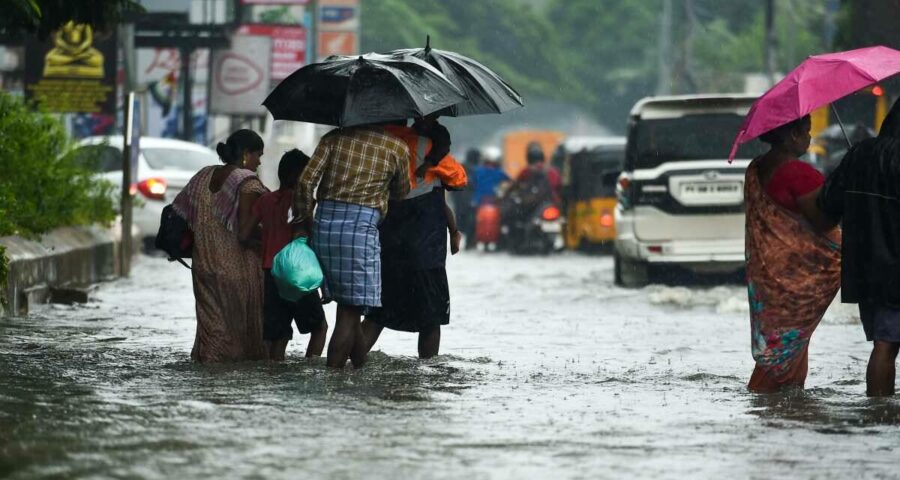 Tamil Nadu, Chennai rains: At least 14 people have died in Tamil Nadu in rain-related incidents. The incessant showers has caused waterlogging in several areas, road cave-ins and many trees have been uprooted. 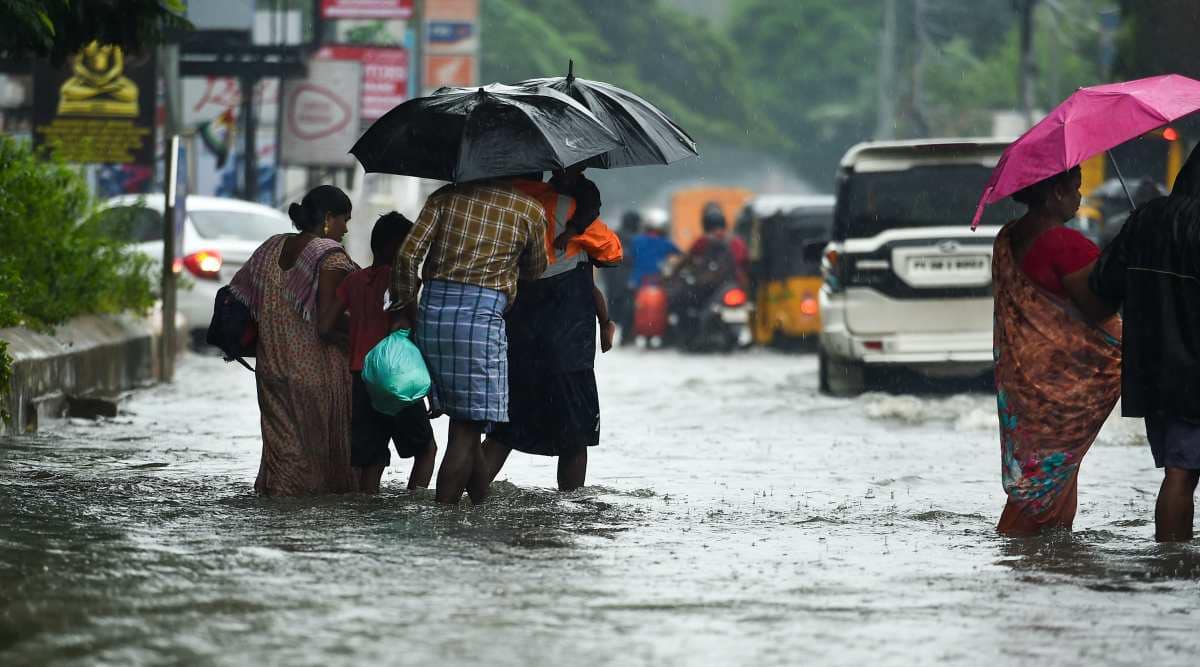 At least 14 people have died in Tamil Nadu due to the non-stop rains over the last five days. The India Meteorological Department (IMD) has issued a red alert in parts of the state on Thursday, indicating heavy to extremely heavy rainfall, due to the formation of a depression in the Bay of Bengal.

At least 14 people have died in Tamil Nadu in rain-related incidents. The incessant showers has caused waterlogging in several areas, road cave-ins and many trees have been uprooted. Several areas are without electricity too. The government Thursday confirmed that at least 14 people had died, while 157 cattle lives were lost. Also 1,146 huts and 237 houses have been damaged.

As a precautionary measure, schools and colleges remained closed today.

Depression in Bay of Bengal to cross coast this evening

The Chennai airport suspended arrivals from 1.15 pm to 6 pm on Thursday, but said departures would continue. It said the decision was taken “considering the safety aspect of passengers and severity of wind”.

In view of the heavy rainfall and severe waterlogging, the Greater Chennai Traffic Police announced the closure of 11 subways and seven roads this morning.

Tamil Nadu gets 52% above normal rainfall

Tamil Nadu has recorded rainfall 52 per cent above normal in its monsoon season. Reservoirs across the state are inching towards full storage; 53 of the 90 key reservoirs crossed 76 per cent storage on Wednesday. “Of the 90 key reservoirs in Tamil Nadu, storage level in 53 such facilities has gone above 76 per cent. Out of the 14,138 lakes, storage in 9,153 waterbodies has crossed 50 per cent and 3,691 lakes have crossed 100 per cent,” a government release said, according to news agency PTI.