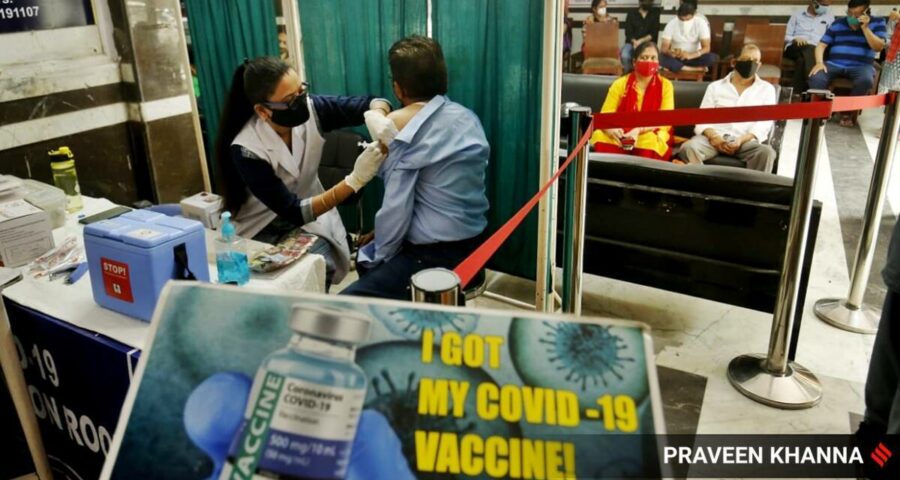 North West is the most-populated district of Delhi but it is still among the districts administering the highest number of Covid-19 vaccine doses. Buses ferrying people to vaccine centres every day, an inter-village vaccination ‘competition’ — this is how the North West district of Delhi managed to inoculate one of the most number of people. The district administration has tailored the immunisation drive to suit the needs of the villagers and has thus achieved such numbers.

In the district’s rural Kanjhawala subdivision, the district administration has started a new push to encourage people to get Covid shots — a competition with a reward for the village where the highest proportion of people get themselves vaccinated.

The initiative, named ‘Corona Mukt Gaon Abhiyan’, will cover 14 villages and check the number of people who have got at least one dose since the start of the vaccination drive till July 31. The village with the highest proportion of vaccinated adults has been promised a trophy from the DM’s office and a board in the village announcing its achievement.

“Community feeling is very strong in rural areas and we’re just trying to capitalise on this to maximise vaccination. We’ve not faced any major roadblock in the vaccine drive in rural areas but this is a stimulus to help people come forward. We will be organizing ‘nukkad nataks’ in the villages to raise awareness and are trying to answer all queries. Whenever all adults in a household will be fully vaccinated, we will put a sticker on their house. The aim is community participation,” SDM Kanjhawala, Saumya Sharma, said.

It had also started door-to-door registration of people for vaccination in March itself, with teams of BLOs, and Anganwadi and ASHA workers encouraging people above 45 in the rural pockets and unauthorised colonies to get vaccinated.

“The district is mixed with upscale areas such as Rohini and Saraswati Vihar, and densely populated areas such as Sultanpuri and Mangolpuri. Kanjhawala is what is called ‘Outer Delhi’. The rural part makes up about one-third of the district. We didn’t have to give any extra push for vaccinations in the Saraswati Vihar sub-division as awareness there is high and families have also been greatly affected by the second wave. However, in the rural pockets, we are trying to get everyone vaccinated before a third wave hits,” Cheshta Yadav, North West Delhi DM, said.

Nodal officers have been appointed for each village and for the last month, three DTC buses and e-rickshaws have been plying to take people to their nearest vaccination centres.

“In about a week, we’re also trying to start mobile vaccination units with the medical personnel to go to areas where people are not coming out to get vaccinated,” Yadav added.