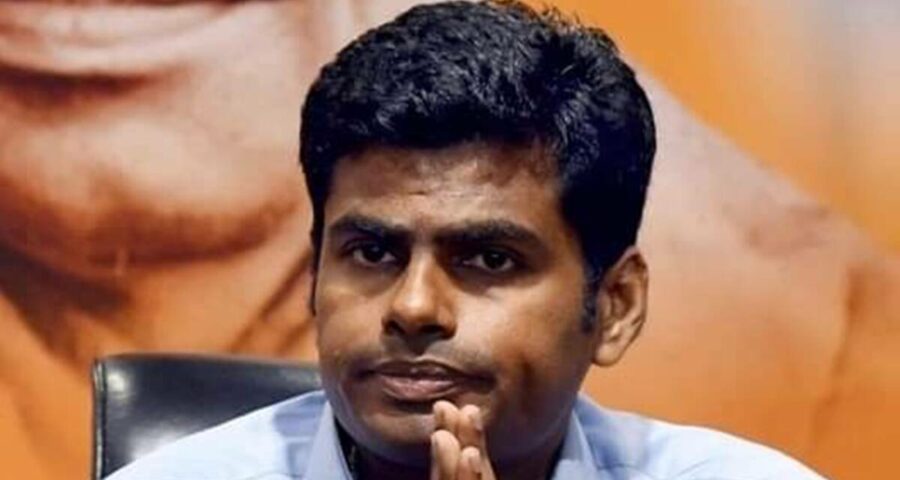 "Ostensibly, the searches at the residences of former AIADMK ministers are being carried out for political reasons. Even the public are aware of this political vendetta," Tamil Nadu State BJP president K Annamalai said. Tamil Nadu State BJP president K Annamalai on Thursday claimed that a pattern appears to unfold in the DVAC searches on former AIADMK ministers as the raids seem to have a “connection” to Chief Minister M K Stalin’s speeches in the run up to the April 6 Assembly polls.

Insisting that the searches at the residence of former local administration minister S P Velumani could be for political reasons, Annamalai said he did not cast aspersion on the Directorate of Vigilance and Anti-Corruption (DVAC) officials as they were duty bound to carry out the searches.

“Ostensibly, the searches at the residences of former AIADMK ministers are being carried out for political reasons. Even the public are aware of this political vendetta,” he told reporters when sought for his comments.

“But, the BJP feels that there is a connection between the present searches by the DVAC officials and Chief Minister M K Stalin’s speeches during the Tamil Nadu Assembly election accusing the AIADMK ministers of being tainted and assuring action against them. Let’s wait for the chargesheet to be filed. Only then the truth will be known. Then we will react,” he said.

Maintaining that the DVAC officials should be allowed to do their duty, Annamalai said, “we are a responsible party. We will comment after the chargesheet is filed. But expressing comments now would amount to pressuring the officials, which we wish to refrain from.”

The searches at the residences of Velumani, the Thondamuthur legislator and AIADMK bigwig, and his close associates, were the latest action against the former AIADMK ministers. He is one of the organisational secretaries of the AIADMK and the Coimbatore district secretary as well.

On July 22, the DVAC authorities initiated searches at the residence of former transport minister M R Vijayabasksar who is AIADMK’s Karur district secretary.

On the Tamil Nadu government’s white paper on the state finances during the decade of AIADMK rule, the BJP chief, an ally of the AIADMK, said “it lacked a vision statement.” “Statistics can be reeled out by any consultant but officials and politicians differ from them as they have people’s welfare in mind. It lacks a vision statement on the way forward. Politicians should involve in welfare politics,” he said.