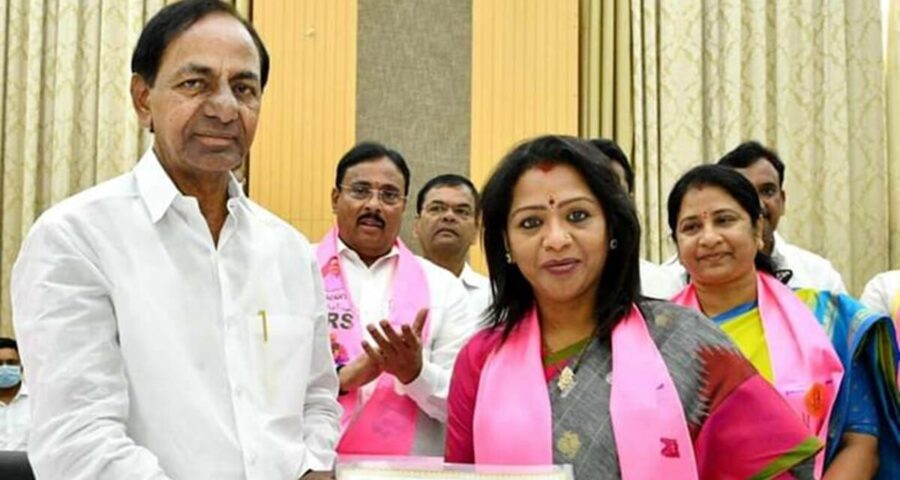 Gadwal Vijayalakshmi, a second-time corporator of ward 93 (Banjara Hills) was elected Mayor, while Mothe Srilatha Shoban Reddy, who has been elected from ward number 143 (Tarnaka), was elected her deputy. 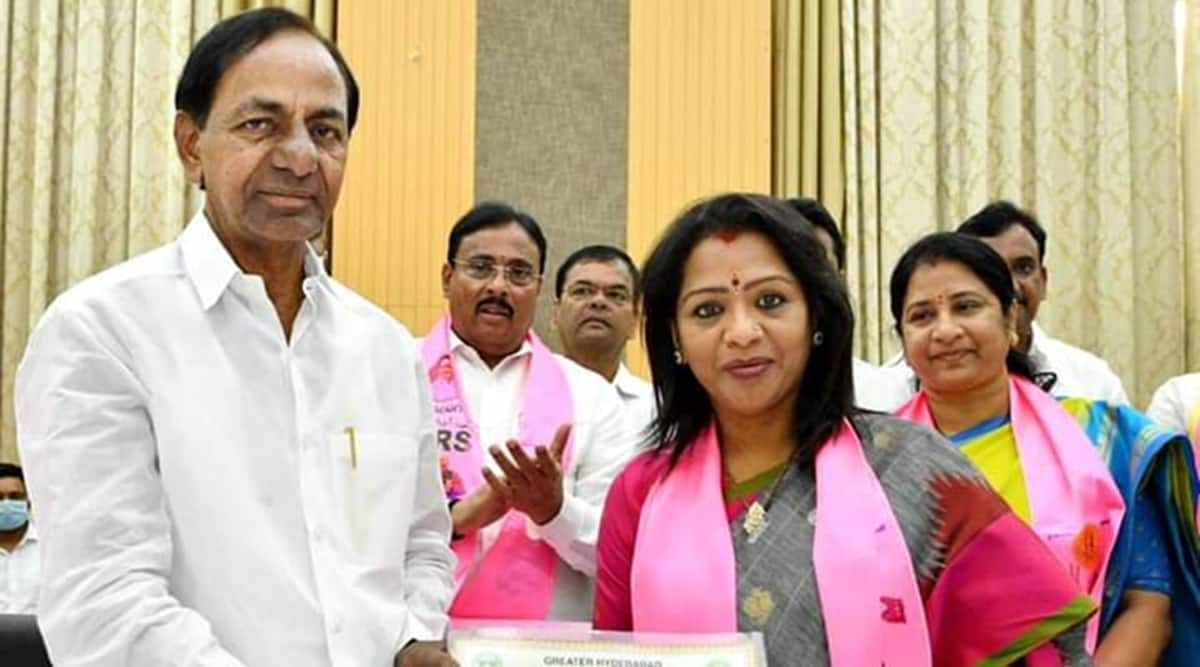 Three months after a fiercely-fought election to the new Council of Greater Hyderabad Municipal Corporation (GHMC), the newly-elected corporators took the oath of office on Thursday and picked the new mayor and deputy mayor at a special meeting.

Gadwal Vijayalakshmi, a second-time corporator of ward 93 (Banjara Hills) was elected Mayor, while Mothe Srilatha Shoban Reddy, who has been elected from ward number 143 (Tarnaka), was elected her deputy.

The election was held by way of a show of hands during the special meeting, which was chaired by Hyderabad district collector Swetha Mohanty as the presiding officer.

Though the elections were held on December 1, 2020, and results declared on December 4, the term of the previous GHMC Council ended on February 10, this year. The ruling Telangana Rashtra Samithi (TRS), which had bagged 99 wards in the previous elections, was reduced to 56, while the BJP’s tally rose significantly from 4 to 44. The Asaduddin Owaisi-led AIMIM secured 44 wards, while the Congress could only bag 2 in the 150-member Council.

Vijayalakshmi is the daughter of senior TRS leader K Keshavarao, who is also a Rajya Sabha MP and the party’s secretary-general. She has a degree in Journalism and Law. After living in the US for 18 years, she returned to Hyderabad in 2007, leaving behind a US citizenship and joining her father in politics. Speaking to reporters after her election as Mayor, Vijayalakshmi underlined her vision, which is to make Hyderabad safe for women.

“I feel very proud. I thank KCR (Telangana Chief Minister K Chandrashekar Rao) and KTR (state industries minister and KCR’s son KT Rama Rao) for choosing women for the posts of Mayor and Deputy Mayor. We have seen a lot of development so far. There are so many things I want to concentrate on. Be it roads, drainage, etc, every single concern will be addressed. As a woman, I promise women will have safety. I have a vision,” she said.

Her deputy Mothe Srilatha said that she had been part of the Telangana statehood agitation from the beginning and thanked the CM as well as the party’s working president KTR for rewarding her hard work.

All the 149 corporators were administered their oath of office by 11 am and the special meeting got underway at 12.30 pm.

While the TRS nominated Vijayalakshmi as their mayoral candidate, BJP named RK Puram corporator Veeranagari Radha as their nominee. By way of a show of hands, Vijayalakshmi was declared the new mayor. Similarly, TRS named Srilatha for the post of deputy mayor, which BJP nominated Shankar Yadav for the post. The former was eventually picked for the post. In the election of both its nominees, the TRS received support from the AIMIM.

While the TRS kept its preferred names for mayor and the deputy as a closely-guarded secret till the last minute, it had clarified that it would not be seeking the support of Owaisi’s party.

Soon after the elections, Owaisi tweeted his congratulations to the newly-elected mayor and deputy mayor, adding that he hoped that Hyderabad, under their leadership, will reach new heights. “Hope that, under their leadership, Hyderabad will be taken to new heights and public works will be actively taken up in areas that need them the most, including the Old City of Hyderabad. I hope that GHMC will carry out its works with honesty & financial propriety. Also appreciate TRS for offering us (the) Deputy Mayor’s post,” Owaisi tweeted.

On the election of the two civic heads, a BJP’s chief spokesperson for Telangana K Krishna Saagar Rao said, “The party stands vindicated in its accusation all through the election campaign that the TRS and AIMIM are conjoined twins and have a secret alliance.”

“Today, with the AIMIM openly supporting TRS’ mayoral bid, the cat is out of the bag. They have unravelled their secret alliance of seven years, as the TRS was left with no other option. The TRS would not have won half the seats if it had announced the alliance prior to GHMC elections,” Rao added.

He demanded an apology from KTR to the GHMC voters “for his repeated statements during the campaign that TRS neither has a secret arrangement with AIMIM, nor will it ever have a formal alliance”, adding that “the TRS and AIMIM’s covert manipulation and deceit now stand exposed”.

However, with a strong BJP in the opposition, the TRS will not have a smooth sailing at the Council meetings where it previously took unilateral decisions. “BJP will play the role that it has been mandated to by the GHMC voters, which is of a credible opposition,” he said.