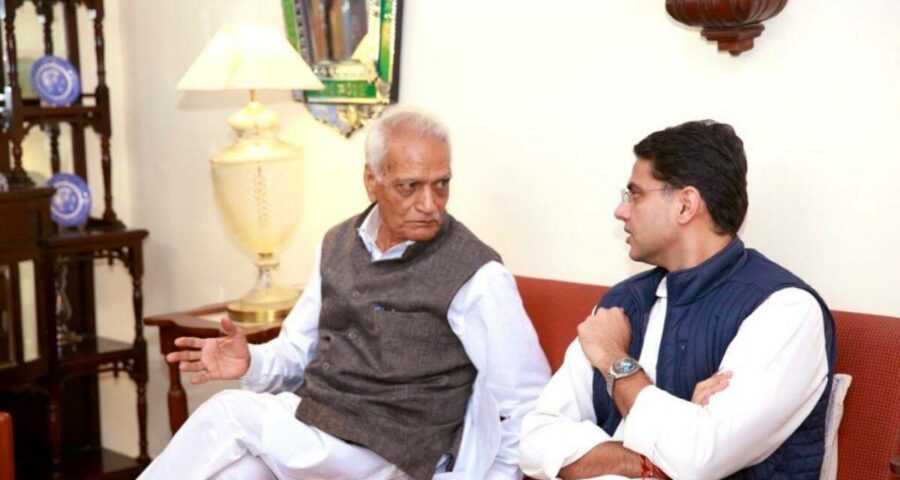 According to family friend Ram Prakash, Maderna was undergoing therapy at his residence in Jodhpur after returning from Chennai following treatment. He had been diagnosed with cancer.

According to family friend Ram Prakash, Maderna was undergoing therapy at his residence in Jodhpur after returning from Chennai following treatment.

“He breathed his last around 6.30 am on Sunday. His funeral will be conducted at his ancestral village Chadi in the Osian subdivision of Jodhpur,” Prakash said.

A Public Health Engineering Minister in the 2008-2013 Ashok Gehlot government, Maderna was a key accused in Auxiliary Nurse Midwife (ANM) Bhanwari Devi’s murder that took place in September 2011. After the furore hit the headlines, Maderna was sacked on October 16 the same year.

He was granted interim bail on health grounds on September 18 last year after he was diagnosed with malignancy.

“He was out on bail since then. He moved a fresh application for permanent bail in August, admitting which, the high court allowed his bail plea and was granted bail like all the 16 accused in the case in August,” said his counsel Pradeep Choudhary.

During the recently held Panchayat election in Rajasthan, Maderna returned to Jodhpur to oversee the election preparations with his wife Leela Maderna as a contestant for the post of Zila Pramukh in Jodhpur.

The CBI had filed its first charge sheet in the Bhanwari Devi case in December 2011. The trial in the case is currently underway in the lower court with the recording of statements of defence witnesses under progress.