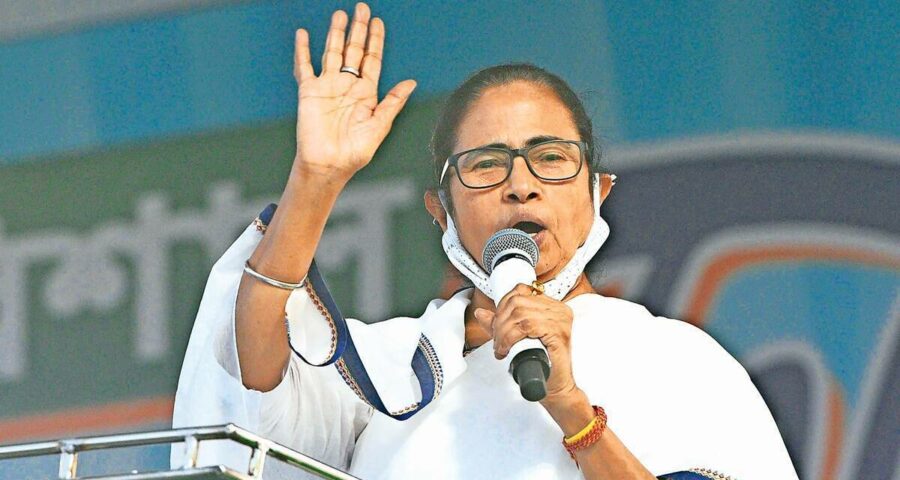 Senior CPI(M) leader Sujan Chakraborty, who was accompanying candidate Srijib Biswas, said they have every right to campaign among the voters of the area but were being unlawfully prevented by the police. The CPI(M)’s Bhabanipur bypoll candidate Srijib Biswas got engaged in a scuffle with the police on Sunday after he was stopped from campaigning on the road that leads to Chief Minister Mamata Banerjee’s residence.

Senior CPI(M) leader Sujan Chakraborty, who was accompanying Biswas, said they have every right to campaign among the voters of the area but were being unlawfully prevented by the police.

As the CPI(M) leaders and supporters argued that they have the necessary permission, the police said that the candidate and four others can only enter the road together as per the rules.

“Mamata Banerjee is afraid and that is why no one is being allowed to enter Harish Chatterjee Street,” Chakraborty told reporters after being stopped at the entrance of the road in the Kalighat area.

CPI(M) candidate Biswas, Chakraborty and three others were later allowed to campaign in the Harish Chatterjee Street area.

Last week, BJP candidate Priyanka Tibrewal and the party’s state president Sukanta Majumdar also got engaged in a war of words with the police after being stopped from campaigning in the area.

The police had then said that they did not have vaccination certificates and were trying to breach a high-security zone.

Banerjee is the Trinamool Congress candidate in the bypoll, scheduled to be held on September 30.