The court asked the state government to cooperate with the NHRC team, which has been probing incidents of violence. 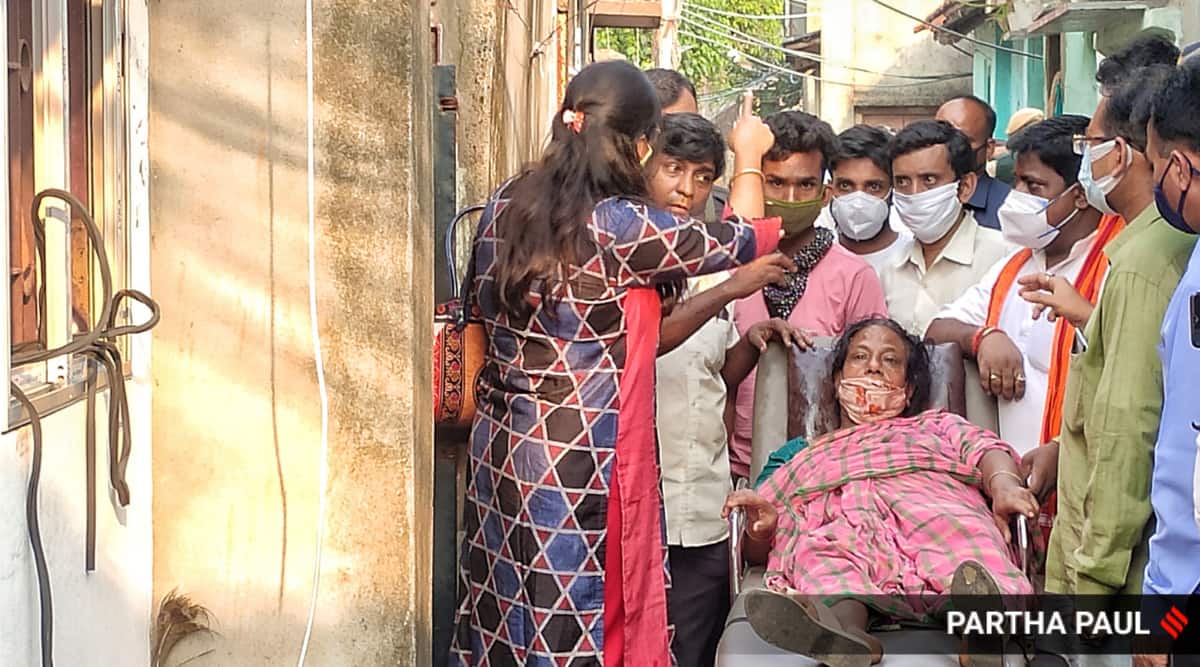 THE Calcutta High Court on Friday directed West Bengal police to register cases in all incidents of violence that took place after the Assembly elections, and asked the state government to ensure medical treatment and rations to victims.

A five-judge Bench comprising Acting Chief Justice Rajesh Bindal and Justices IP Mukerji, Harish Tandon, Soumen Sen, and Subrata Talukdar issued the order based on the recommendations of a committee of the National Human Rights Commission (NHRC), which had submitted its report to the court on June 30.

“The police is directed to register cases in all matters which have either been reported to it or have been placed before the NHRC or any other authority/Commission. Steps be taken to get the statements of the victims recorded under section 164 CrPC immediately, as per law,” the order said.

“The State shall make all arrangements for medical treatment of all who have been injured in the violence, post assembly elections. Supply of rations be ensured to the persons, even if they have lost their ration cards,” it said.

The court also directed the government to preserve all documents related to the violence.

“The Chief Secretary of the State is directed to ensure preservation of the correspondence of the Special Branch/ Intelligence Branch of the State Police. Logs of different control rooms should also be preserved. The entire material from May 02, 2021 till date be kept in a sealed cover duly signed by the members of the committee, immediately. Any lapse or delay in the matter will invite adverse inference,” it said.

The court asked the state government to cooperate with the NHRC team, which has been probing incidents of violence.

“The state is directed to place before the committee complete details of the cases in which the accused were arrested and have been enlarged on bail by the courts, so as to enable it to place the same before the court.

“Whatever information has been asked for by the committee from different authorities in the state, be supplied immediately. Any delay may call for adverse inference,” it said.

On June 18, the High Court had asked the chairperson of the NHRC to constitute a committee to examine complaints by persons displaced by the post-poll violence. Following this, the NHRC had set up a seven-member committee that visited West Bengal before submitting its interim report to the court.

The court issued show-cause notice to the Deputy Commissioner of Kolkata Police (South Suburban Division) for failing to give protection to the NHRC team, which had come under attack from local people on Tuesday.

“Let a notice be issued to Rashid Munir Khan…to show cause as to why proceedings for contempt be not initiated against him for violation of the order passed by this court on June 18, 2021,” it said.

“Second autopsy of Abhijit Sarkar, Vice President of Bhartiya Mazdoor Trade Union Council in district Kolkata, whose body is lying in hospital be got done from a team of doctors to be constituted by the head of the Hospital at Command Hospital, Kolkata.

“…The Chairperson of the Committee constituted by the National Human Rights Commission shall coordinate with the hospital concerned where the body of the deceased is lying and also the Head of the Command Hospital. The body shall be shifted to the Command Hospital for carrying out the second autopsy. The report shall specifically mention about the condition of the body as to whether it was properly preserved in the hospital where it was,” the court said.

Sarkar (35) was beaten to death on May 2, hours after the TMC handed a crushing defeat to the BJP in the Assembly elections. Sarkar’s mother Madhabi (62) and elder brother Biswajit (40) were also beaten.

While declining to disclose the contents of the NHRC report, the High Court clarified that the state government would be granted an opportunity to make its submissions after filing of the final report of the committee on July 13, when the matter will be heard again.

TMC MP Sougata Roy said, “The court has given an order and the state government will follow it. The court has also issued a show cause notice to a police officer and they will respond to it accordingly. We have learnt that there was no attack on the NHRC team in Jadavpur. Some women had staged a protest after the central force providing security to the NHRC team lathicharged them.”

BJP MLA and Leader of Opposition Suvendu Adhikari said: “It is now established from this court order that the state government has been hiding the truth about post-poll violence. It was suppressing facts.”