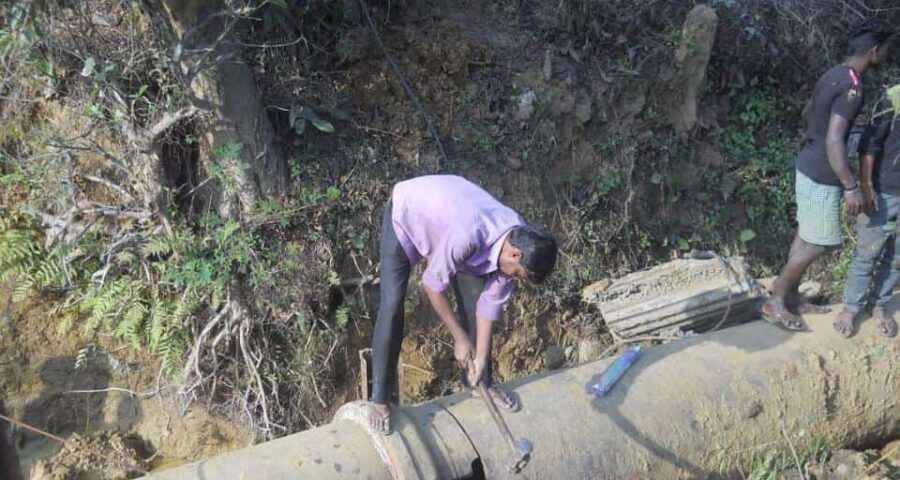 The discovery of a passageway below the fencing on the India-Bangladesh border in Assam’s Karimganj district has sparked fears about possible illegal infiltration, smuggling and other criminal activities.

The district police had found the passage, initially reported as a 200-metre-tunnel connecting both countries, last Friday while probing a case of the alleged abduction of two Karimganj residents.

Officials of the Border Security Force (BSF) entrusted with manning the border area clarified that the so-called tunnel is actually a hume pipe (a concrete tube) placed underneath the border fencing to drain water.

Also Read: Assam to conduct class 10 and 12 board exams in May, results in July

On December 28, police in Karimganj’s Nilam Bazar received a complaint that two persons from Karimganj had been abducted and taken to Bangladesh. During investigation into the complaint, police detected the underground passage.

“We have arrested three persons in connection with the case and are conducting further investigation. These persons have a connection to cow smuggling,” Karimganj superintendent of police Mayank Kumar said.

The BSF also contradicted the police version about abduction and said that the “abducted” persons had actually taken money from a Bangladeshi national to smuggle cows across the border. But when the duo failed to smuggle in the cattle, they were detained in Bangladesh.

“They may have crossed into Bangladesh by themselves and the allegations that Bangladeshi miscreants abducted them and took them to Bangladesh as claimed by the individuals seems to be false and fabricated,” said the statement.

The statement added that when the family members of the two individuals came to know that the BSF was aware about the duo’s presence in Bangladesh their families lodged a FIR claiming they had been abducted.

“BSF has been making all efforts to curb infiltration/exfiltration and smuggling of all types in the border areas without bothering (about) the extreme climate and unforgiving conditions,” it said.

In May 2018, police in Karimganj had detected a similar tunnel while probing a case of cattle smuggling. Karimganj shares a 92km-long border with Bangladesh and there are 22 unfenced patches.