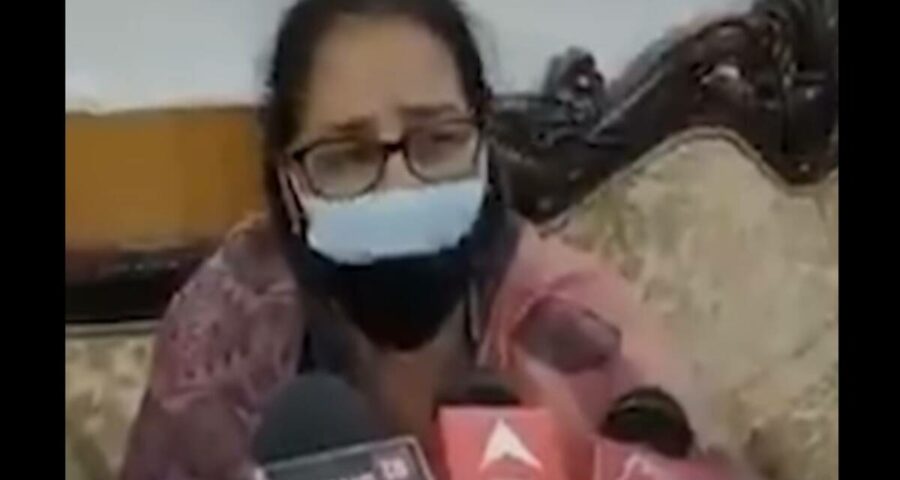 Meena Kumari said that mothers should take care of their daughters and added that daughters end up in such situations because of their mothers’ carelessness. A member of the Uttar Pradesh Women’s Commission has stoked a controversy with a purported video of her sexist remarks after she was asked about incidents of rape in the state. She said that “daughters should not be given mobile phones” and “end up in such situations because of their mothers’ carelessness”.

A purported video clip of the remarks was widely circulated on social media.

Commission member Meena Kumari was in Aligarh on Wednesday to review the special vaccination booths for women in the district. Asked about the high number of rape cases reported from the state, she told reporters, “I would like to appeal to people to not give mobile phones to daughters, and if they do, they should keep an eye on them. Firstly, I would like to say to mothers that they should take care of their daughters. The daughters end up in such situations because of their mothers’ carelessness.”

Kumari could not be reached for comment despite calls and text messages from The Indian Express.

The Commission’s president Vimla Batham said that she or the Commission does not agree with the remarks in the purported video. “She has clarified that the video is edited and manipulated. We will get it probed and if action is needed, it will be taken. What she has said is wrong. Daughters need mobile phones as much as the boys. We don’t agree with her statement at all.”