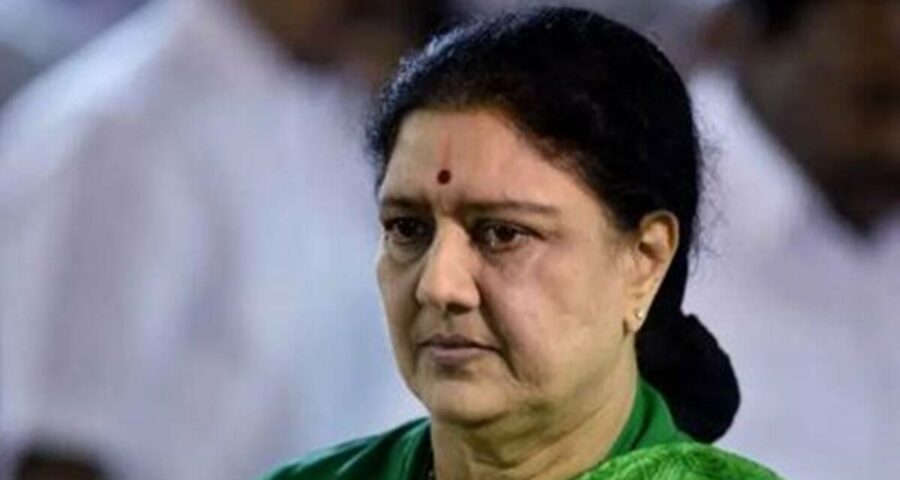 While her travel back to Chennai could still be a few days away as she is under treatment for Covid-19, speculations have already begun on the moves that may be afoot on the state’s political chess board with the return of ‘Chinnamma’. Expelled AIADMK leader VK Sasikala, who had been serving a 4-year prison term in a disproportionate assets case, was officially released from the Parappana Agrahara jail in Bengaluru on Wednesday. Former Tamil Nadu chief minister J Jayalalithaa was also a convict in the case.

While her travel back to Chennai could still be a few days away as she is under treatment for Covid-19, speculations have already begun on the moves that may be afoot on the state’s political chess board with the return of ‘Chinnamma’.

N Raja Senthoor Pandian, Sasikala’s counsel, took care of all the release formalities on her behalf as the expelled AIADMK leader, who is currently admitted in the Covid ward of a Bengaluru hospital, couldn’t visit the prison.

Speaking to reporters after visiting her at the hospital, TTV Dhinakaran, Sasikala’s nephew and leader of Amma Makkal Munnetra Kazhagam (AMMK), said the time has come to re-establish the real Amma government in Tamil Nadu. “I do not want to speak politics on a day my aunt is being released from prison,” he said. Asked to comment on Chief Minister Edapaddi Palaniswami inaugurating Jayalalithaa’s memorial at her Poes Garden residence on the day his aunt was released, Dhinakaran said, “It means nothing as they are also celebrating the release (of Sasikala).”

He added that recapturing AIADMK was the key objective behind the formation of AMMK. “We will continue to work towards that,” he said.

While Sasikala never contested polls or addressed AIADMK supporters from a stage, she commanded respect and wielded significant clout not just in the rank and file but also in previous governments led by the party in Amma’s lifetime. When Sasikala handpicked O Panneerselvam to be the CM after Jayalalithaa’s death, all but 11 AIADMK MLAs stood by her. The legislators sided with Chinnamma even when Panneerselvam declared a revolt against her with support of the BJP.

Before her conviction and surrender before the Bangalore prison authorities in February 2017, the Sasikala faction managed to defeat Panneerselvam in an Assembly floor test, ousting him from the CM’s post and handing the reins of the state to her most trusted aide Palaniswami.

However, in the four years since her incarceration, a lot changed in the state’s politics as Palaniswami joined hands with Panneerselvam, ousting her from the post of the party’s general secretary as well as its primary membership.

A week ago, after meeting Prime Minister Narendra Modi, Palaniswami had ruled out chances of letting Sasikala return to the AIADMK. He said almost all Sasikala loyalists have abandoned her camp and joined the AIADMK.

However, multiple sources in the AIADMK said that there is still chance of a rapprochement. “Even if Sasikala is not encouraged to return to AIADMK, we cannot rule out chances of an alliance between AMMK and AIADMK,” said an AIADMK leader who still counts himself as a Sasikala sympathiser. He added that many leaders in the ruling party still feel beholden and thankful to Chinnamma even though they are unwilling to speak out before the elections.

Even if Sasikala and Dhinakaran are not accommodated in the ruling alliance, the state could see the emergence of a third front, with partners in the coalition gravitating to the AMMK, hurting the AIADMK’s prospects of returning to power for a third time.

S Ramadoss’s Pattali Makkal Katchi (PMK) and Captain Vijayakanth’s DMDK, who are part of the ruling combine, may join the Sasikala camp if they do not get their desired share of seats from senior alliance partners AIADMK and the BJP. While Ramadoss’s PMK doesn’t have a single MLA in the Assembly, it commands a vote base in northern Tamil Nadu’s OBC-Vanniyar community.

Ramadoss said on Tuesday that his party will step up pressure on the government and launch protests for fulfilment of its long-pending demand for an internal quota for the Vanniyar community. While not winning a seat, PMK contested 2016 Assembly polls on its own steam and bagged a vote share of 5.32%.

Captain Vijayakanth’s wife Premalatha also struck an aggressive note in her recent statements. Having earlier made a remark that Sasikala’s significance in Tamil Nadu politics cannot be wished away, Premalatha told media persons on Wednesday that Palaniswami was not elected CM by the people but by his own party, referring to internal rifts and chasms in the AIADMK that made Chinnamma handpick him as chief minister despite successfully contesting the polls projecting Jayalalithaa as the CM face.