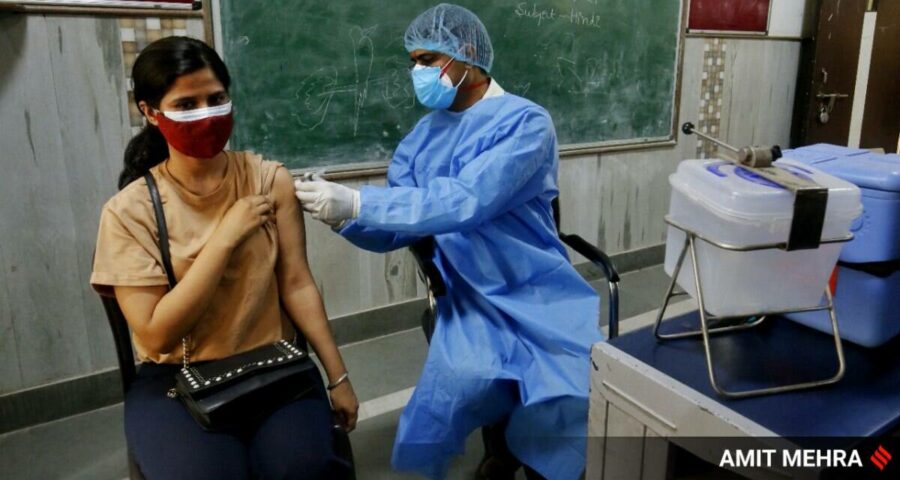 The new cases recorded in the city over just five days are 25,346 more than its stated active case count. In Monday’s daily health bulletin, however, the city’s active cases stood at 89,592. This figure has consistently been under 1 lakh, despite Delhi recording over 28,000 cases in a single day last week — the highest for any city in the country till date.

The new cases recorded in the city over just five days are 25,346 more than its stated active case count.

According to guidelines, a patient under home isolation can be termed recovered after at least 10 days from the onset of symptoms (or from the date of sampling for asymptomatic cases) and no fever for 3 days. A patient can be termed recovered when discharged from the hospital. In Delhi, the government had passed directions early in April, as the number of cases shot up and hospitals started to fill up, that patients who have mild symptoms should not be placed in hospitals and should be sent back to home isolation under the guidance of doctors. These patients, however, will be counted as recovered only after following the above stated criteria, officials said.

The Indian Express reached out to Delhi government officials, including Health Minister Satyendar Jain, on phone and through text messages, but did not receive a reply explaining the method used to calculate the number of active cases in the city.

According to an epidemiologist at a government hospital in Delhi, the number of active cases does not seem to indicate the actual position.

“If the number of cases in five days is more than 1 lakh, I don’t see how active cases can be below 90,000. Even if people who have previously fallen ill are recovering now, the ones who tested positive in the past 7-10 days have to be part of the active case tally,” he said, on condition of anonymity.

According to the Delhi’s health bulletin issued on Monday, out of the 12.12 lakh people who have tested positive for the virus since March 2020, 11.05 lakh have recovered so far. The case fatality rate in Delhi is 1.44%.