Aroosa Alam, a Pakistani journalist and friend of former Punjab CM Capt Amarinder Singh, who is in the eye of a political storm after the state home minister said he had ordered a probe into her links with ISI, spoke to Divya Goyal Gopal on phone from Islamabad. 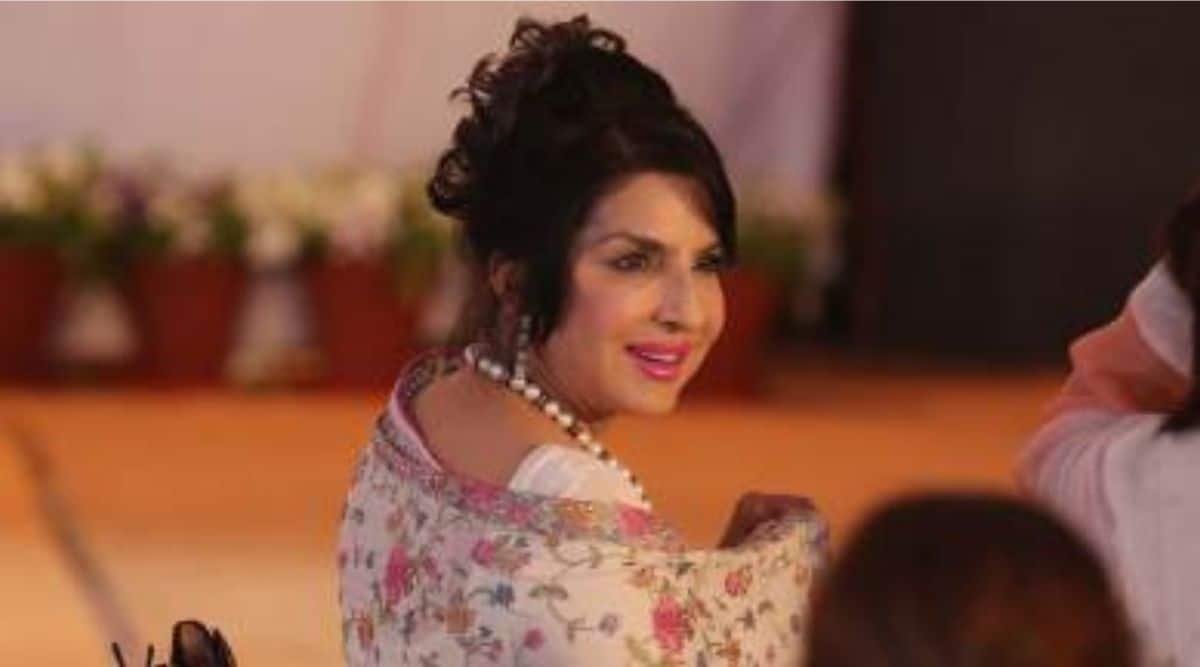 “I am very lucky that Amarinder has chosen me to be his friend in this whole wide world…Our mental and IQ level are very much the same.”

Aroosa Alam, a Pakistani journalist and friend of former Punjab CM Capt Amarinder Singh, who is in the eye of a political storm after the state home minister said he had ordered a probe into her links with ISI, spoke to Divya Goyal Gopal on phone from Islamabad about the allegations against her, the political churn in the state, her relationship with Amarinder and his bête noire Navjot Sidhu. Here are the excerpts:

Critics of Captain Amarinder Singh are calling you an agent of Pakistan’s ISI.

I am very sad, I am very disappointed. I have been coming to India for the past 16 years, every year I used to get a one-year visa after due clearances. 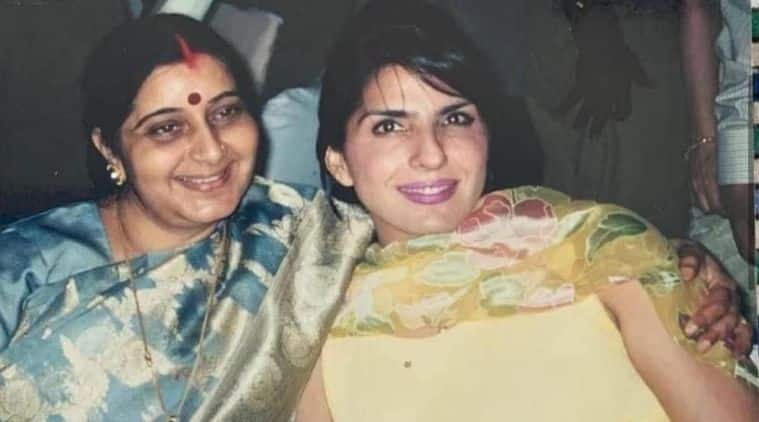 Do they think that RAW is also hand in glove with ISI. Your IB, central security agencies, BJP-led NDA government, Congress-led UPA government– were all of them on the ISI payroll that I used to get the visa?

How can you stoop so low? Please go and do some work for people if you are in the government, why are you dragging me into this?

I personally feel that they dislodged Captain saab (Amarinder Singh) as Punjab’s CM on the pretext of (his failure to implement) the 18-point agenda and things like that, but the basic idea was only to remove him.

And after that they are now finding it very difficult to deliver on these points themselves.

I am reacting to all this because today Captain saab came on Facebook and talked about me, and I thought I must appreciate it.

(On Monday, Amarinder posted pictures of Aroosa with various dignitaries and asked whether they were all ISI agents too. He also said had the travel between the two countries resumed, he would invite her again) Believe me, Captain saab is every inch a gentleman.

In my opinion, they (people leveling allegations against her) are political orphans. They are dwarfs. They do not know what to do now (after removing Captain). Ab inke haath paanv phool gaye hain. Captain saab was doing quite well. Channi saab (Punjab CM Charanjit Channi) is now distributing cheques and promoting government schemes– all those processes were initiated by Captain saab. Did Channi have a magic lamp that he rubbed and were all these cheques, lists of beneficiaries made overnight? Now, they don’t know what to do. They are a deeply divided house. Now please fight your battles on your own, why are you dragging me into this mess?

Who is dragging you into this political slugfest and why?

Simply because the present leaders in Punjab government have not been able to deliver. They had made tall claims of immediately cancelling Power Purchase Agreements (PPAs) and many such things but now they are yet to get a grip on the matter. So what better way to divert the attention of people of Punjab?

Secondly, Captain saab’s announcement that he is going to form his own political party and tie up with BJP has made them very nervous. I do not want to comment on East (India’s) Punjab politics, neither do I have any link or motive but I have been watching. And now when they have dragged me into it, I will only say, ‘Your monkeys, your circus’.

Punjab Congress’ chief Navjot Singh Sidhu’s wife Navjot Kaur Sidhu has alleged that you took “kickbacks” for postings in Punjab and then fled.

It is way too cheap. ‘Wo keh rahi hai wo bhaag gai, wo bhaag gai’ (She is saying that I have run away). Main bhaagi nahi (I haven’t run away). I came to Pakistan after my visa expired and now I am at my home in Islamabad. Mohtarma Navjot Kaur Sidhu has the blood of 60 innocent persons on her hands ( referring to October 2018 Amritsar Dussehra train tragedy in which 62 persons standing on tracks were mowed down by a train. A magisterial inquiry had cleared the name of Navjot Kaur Sidhu who was the chief guest at the function). What right does she have to talk about others and level baseless allegations?

I have nothing to do with Navjot (Singh) Sidhu as well, but yes they are targeting me now for obvious reasons. Mujhe iss baat ka afsos hota hai.. ki Navjot Sidhu saab, who thinks that he can lead Punjab one day (as CM), look at the way he talks to Captain Amarinder saab, who must be the age of his father or grandfather. Kis tarah un se baat karta hai…. If you do not have respect for someone, then how can you think of becoming a leader at all? Navjot Singh Sidhu has failed to become a leader in the true sense. I have met him once, and I have a photo with him too. 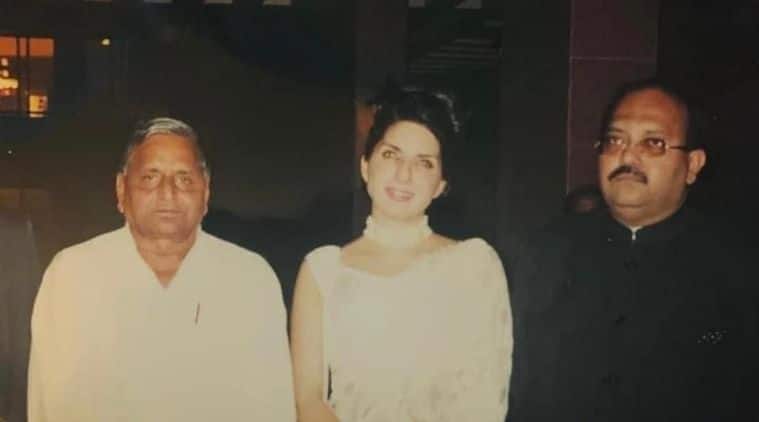 What do you have to say about this photo war involving you on Twitter?

There are photos of you with former DGP Dinkar Gupta, and the family of retired police officer Mohammad Mustafa.

This is the lowest, worst level of politicking ever. Look at Punjab’s deputy CM Sukhjinder Singh Randhawa. How nice and decent he looks but see what he talks. There is absolutely no relevance of this photo war and my photos with anyone have nothing to do with Punjab government or politics. Whosoever started this (tweeting photos), was their enemy who advised them to rake up an issue by tweeting my photos.

Did you ever meet Mohammad Mustafa or Sukhjinder Randhawa during your stay in Punjab?

I have met Mustafa and his wife Razia Sultana (MLA Malerkotla) multiple times. He used to call me ‘behen’ (sister). I met Randhawa briefly once or twice may be.

So why is Mustafa critical of you on Twitter?

He is under this misunderstanding that I favoured Dinkar Gupta over him for the post of Punjab DGP. He thinks that because of me, he could not become the Punjab DGP. But who am I to take the Punjab government decisions? I used to come as Captain saab’s guest. What do I have to do with what was happening in Punjab government meetings? I used to stay in the guest room and concentrate on my work during my stay of a few days in Punjab. Even Navjot Kaur Sidhu has alleged that I used to decide appointments in the Punjab government but my only answer to this is — that whosoever knows Captain saab also knows that he does not listen to anyone. If I tell him that please pick up this pen and keep it there, he won’t. He does not take dictation and who am I to decide postings/transfers? What position or authority do I have to decide all this for the Punjab government? Meri kya haisiyat thi ki main postings/transfers karaun? God is my witness. I have always stayed away from his (Captain’s) official works and meetings.

How would you describe your relationship with Capt Amarinder?

Our mental and IQ level are very much the same. When I met Captain saab (in 2006), I was 50+ and he was 60+, so if you call it a love affair and try to give it a romantic angle, it’s very wrong. I am very lucky that he has chosen me to be his friend in this whole wide world. It is a pure, beautiful friendship. I like his gardening and cooking skills and similarly, he likes some of my things such as my writings etc. So, all these years have brought us together as very good friends. Whenever I am in India, I don’t just meet him (Captain) but also his family, his sisters and brothers-in-law, his children… other than madam Maharani sahiba (Preneet Kaur). I meet all of them, they are my family friends.

Like Indians are always very excited about visiting Pakistan, we also had this craze to visit India, and I used to accompany many of my friends and family members. Since we used to meet Captain often, we always took sponsorship for the visa from him. That’s how our friendship blossomed. There is a long process, a fool- proof process (to grant visa) that no one can tamper with. Everytime I was given a visa, that process was duly followed.

I went back to Pakistan in November last year. After that the borders were sealed and my daughter-in-law was pregnant, so I never went back to India. How are they claiming that Aroosa was in Punjab for four and half years since the Congress came to power? It’s been a year now that I am in Pakistan. How are they saying that ‘saadey chaar saal sarkaar ne Aroosa ko rakha?’ And for the rest of more than 10 years, when Captain was not in power, even then I used to come to India on limited-time visa. Why are they linking it with Punjab government now?

You wish to return to Punjab?

To be honest, never. I won’t feel like visiting Punjab or India ever again. My heart is full of sadness and disappointment at being dragged into this mess.

Today when Captain saab said that had the visa process been open, he would have sponsored (my visa) and invited me over again, I went out of the way to put out my story.

Do you think he will be able to revive his political fortunes?

One thing I am sure, I used to write this as well– soye huye sher ko mat jagao (don’t wake up the sleeping lion). Now you have not only woken up a sleeping lion but also twisted his tail. Now he will not sit back. I don’t know how successful or unsuccessful he will be but he has taken it as a challenge.

He is going to be 80, he has been in Congress for so many years, he is such a seasoned politician and these people threw him out like a fly from a glass of milk. And then you expect him not to react. If any probe is initiated against you, will you cooperate?

I am no one to advise anyone on Punjab politics, I am doing this only after my name was dragged into it. My visas were always duly processed and no rule was bypassed for me.

This time (last year) I had to stay in India for a little longer due to Covid as the borders were sealed. What nonsense are they talking (Randhawa).

Who can probe me? Only those people can probe me who gave me the visa to come to India. They have already conducted a very thorough probe long back. They can do it again but who is Mr Sukhjinder Randhawa to probe me?

You said you used to meet Captain’s family members except Preneet Kaur…Why?

In the beginning, my friends and I used to stay at Moti Bagh Palace in Patiala and we used to meet the Maharani sahiba. She was a good host.

Later, we did not meet, but I kept meeting the rest of his family members, and hopefully I will meet them again in future too.