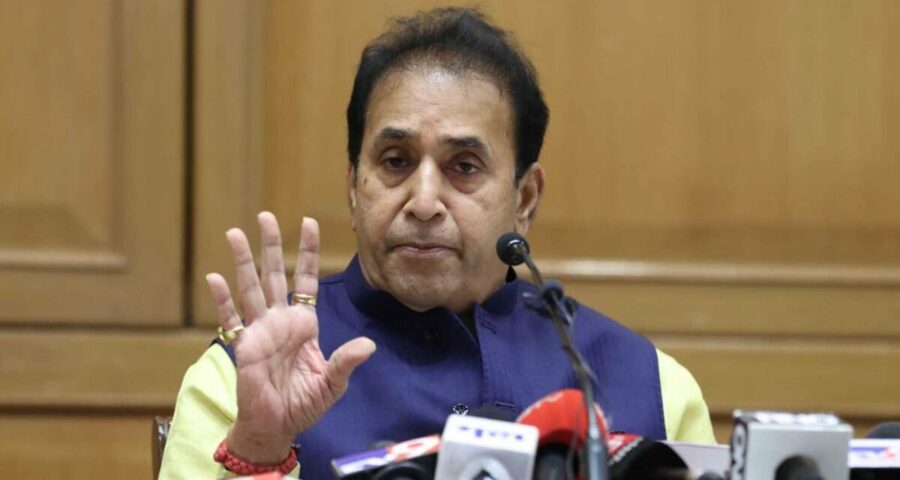 The ED has issued at least five summons so far to Deshmukh and had asked him to appear before it. Deshmukh, however, has not complied with any of them. Former Maharashtra home minister Anil Deshmukh has approached the Bombay High Court seeking to quash summons issued by Enforcement Directorate (ED) to appear before it in connection with a money-laundering and corruption case.

While the plea was listed for hearing before the single-judge bench of Justice Revati Mohite- Dere on Thursday, the judge recused and asked the petitioner to approach an alternate bench.

The ED has issued at least five summons so far to Deshmukh and had asked him to appear before it. Deshmukh, however, has not complied with any of them.

He wrote to the agency multiple times requesting questioning over video conferencing in view of the Covid-19 pandemic. Deshmukh has also moved the Supreme Court asking for a fair and reasonable investigation in the money-laundering case against him. The court heard the case on August 16 and did not grant any interim relief to Deshmukh from ED action.

Through his application before the high court, Deshmukh has sought permission to submit documents or statements to ED through electronic mode. Deshmukh, in his plea, has also sought direction from HC to allow his attendance before ED through an authorised agent. He has also sought direction to entrust the investigation to SIT consisting of ED officers outside Mumbai Zonal office and to monitor the probe as per ratio laid down by the Supreme Court in Babubhai Jamnadas Patel case.”

The application also sought that the directives given by the Supreme Court in Joginder Kumar and Lalita Kumari case along with Arnesh Kumar case be followed scrupulously.

The ED probe has claimed that Deshmukh, while acting as the home minister of Maharashtra, “received illegal gratification of approximately Rs 4.7 crore in cash from various orchestra bar owners” between December 2020 and February 2021 through now dismissed Mumbai police officer Sachin Waze.

ED had alleged that Waze gave the money to Deshmukh’s private assistant, Kundan Shinde, and subsequently, a part of this money was routed to Deshmukh’s charitable trust in Nagpur, through four shell companies in Delhi.

According to the ED, Deshmukh’s family “laundered the tainted sum of Rs 4.18 crore and projected it as untainted by showing the same amount received by the trust, namely Shri Sai Shikshan Sanstha”.

The ED probe into Deshmukh’s financial transactions is in line with the CBI probe into former Mumbai Police commissioner Param Bir Singh’s allegations of corruption against the NCP leader. The CBI initiated a preliminary probe based on the April 5 HC order and had registered FIR on April 21. Deshmukh has denied the allegations.

In his March 20 letter to Chief Minister Uddhav Thackeray after he was removed as the Mumbai Police chief, Singh alleged that Deshmukh had asked police officers, including Waze, to collect Rs 100 crore, including Rs 40-50 crore each month from 1,750 bars and restaurants in Mumbai.

The high court will hear Deshmukh’s application in due course. It will also hear a plea by Deshmukh’s personal secretary Sanjeev Palande for quashing the corruption case lodged against him by ED.