Expressing concern over the “targeted killing” of civilians in the Valley, Shah sought “strategically planned protection of minorities” and “flexible patrolling of guards”, according to sources who did not want to be named. 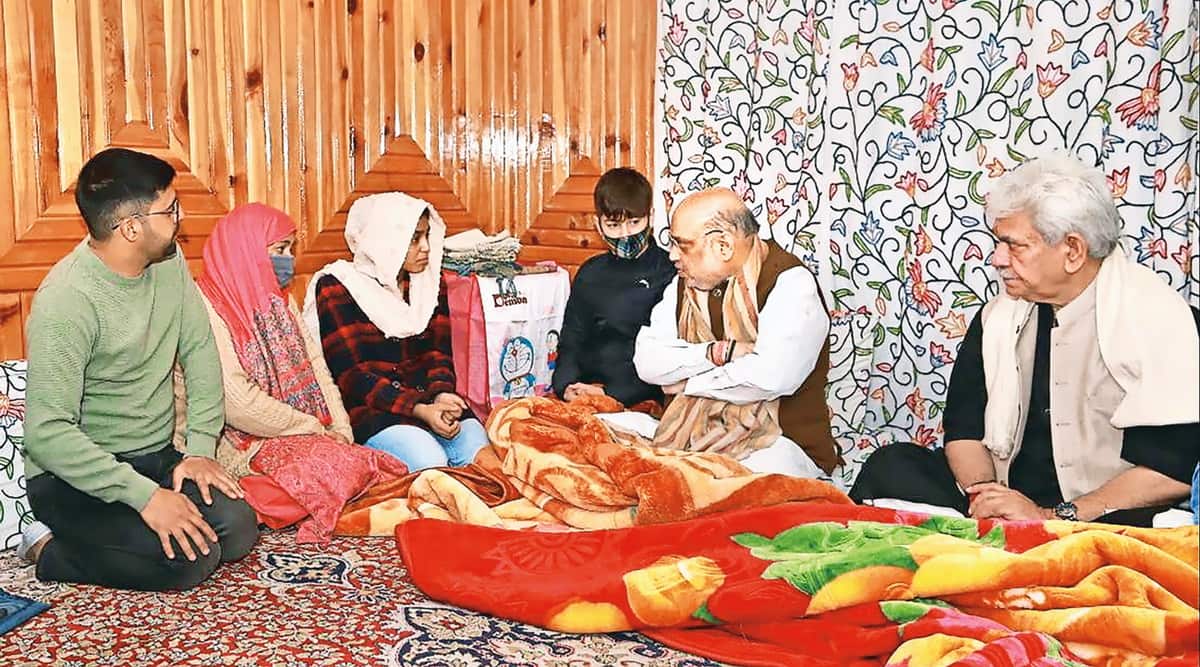 IN HIS first visit to Jammu and Kashmir since the abrogation of special status on August 5, 2019, Union Home Minister Amit Shah Saturday reviewed the security situation at a Unified Command meeting attended by Lieutenant Governor Manoj Sinha, top brass of J-K Police, Army, paramilitary forces, and the intelligence agencies.

Expressing concern over the “targeted killing” of civilians in the Valley, Shah sought “strategically planned protection of minorities” and “flexible patrolling of guards”, according to sources who did not want to be named. He also called for better coordination between the security agencies to address the recruitment of local youth to the militant ranks.

The sources said the Union Home Minister was briefed about the current security situation that has unfolded in the Valley with 11 civilians being killed in the last one month. Shah also sought to understand the delay in tracing militants involved in the Poonch encounter which claimed the lives of nine soldiers. The encounter entered its 13th day on Saturday with the joint team of forces mounting a massive combing operation in the forests of Mendhar.

The Srinagar city witnessed unprecedented security as Shah arrived in Srinagar on Saturday morning and was received by J-K’s Lt Governor Manoj Sinha. The establishment has put in place a three-tier security setup in place, detained hundreds, arrested several under Public Safety Act over the last ten days and seized two-wheelers in the last two days.

No sooner than he arrived in Srinagar, the Union Home Minister drove to the residence of slain police officer Parvez Ahmad at Nowgam in the outskirts of Srinagar city. Ahmad, an Inspector with J-K Police’s intelligence wing, was shot dead by militants in June this year. Shah offered a government job to his wife.

Shah also flagged off the Srinagar-Sharjah direct flight. While the first direct international flight from Srinagar airport was inaugurated in February 2009 to Dubai, the weekly flight operation was later suspended.