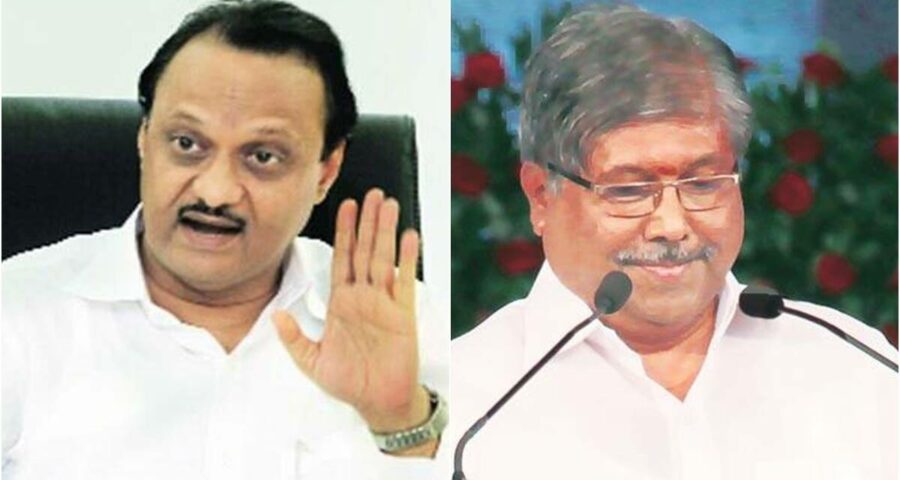 After Pawar took a dig at Patil for talking about the BJP’s return to power, Patil said he could “also be a loudmouth” and embarrass Pawar. A war of words erupted on Sunday between Deputy Chief Minister Ajit Pawar and state BJP president Chandrakant Patil. After Pawar took a dig at Patil for talking about the BJP’s return to power, Patil said he could “also be a loudmouth” and embarrass Pawar.

“Did Patil talk about the BJP’s return to the state in his sleep or was he awake?” Pawar had asked, saying the BJP had not yet come to terms with being out of power.

“They cannot reconcile with the reality that MVA is in government,” Pawar said, adding that Patil often speaks of BJP’s return to power to keep its MLAs from straying.

To this, Patil said, “I would like to remind Ajitdada that it was he who in the wee hours joined hands with BJP to form the government. It is a different matter that it lasted just three days. Nobody from the BJP went to him or forced him at the point of a sword to join the BJP. He did and became deputy CM. When he formed the government with BJP, NCP president Sharad Pawar was awake, he should know.”

Patil added, “Ajitdada failed to keep intact his 28 MLAs. They left him and returned to Sharad Pawar.”

The verbal duel started after Pawar said he would take to the streets to bring back the Maratha quota. Patil had retorted that “when the BJP called for an agitation, they attacked us citing Covid pandemic. Now, they are talking about an agitation. Despite being in government they could not ensure reservation for Marathas. They did not pursue the issue seriously.”