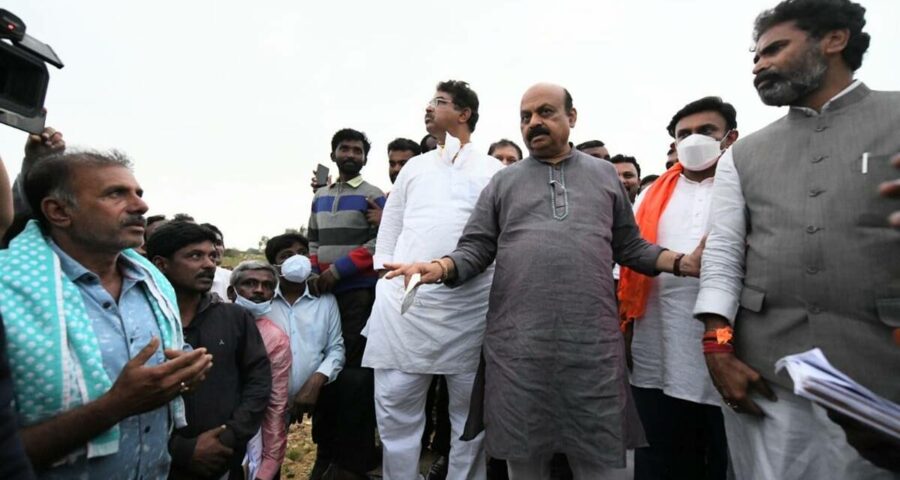 “A compensation of Rs 5 lakh would be paid for those whose houses were completely damaged.  The Deputy Commissioner has been instructed to pay Rs10,000 immediately as a compensation for the houses partially damaged," Bommai said. 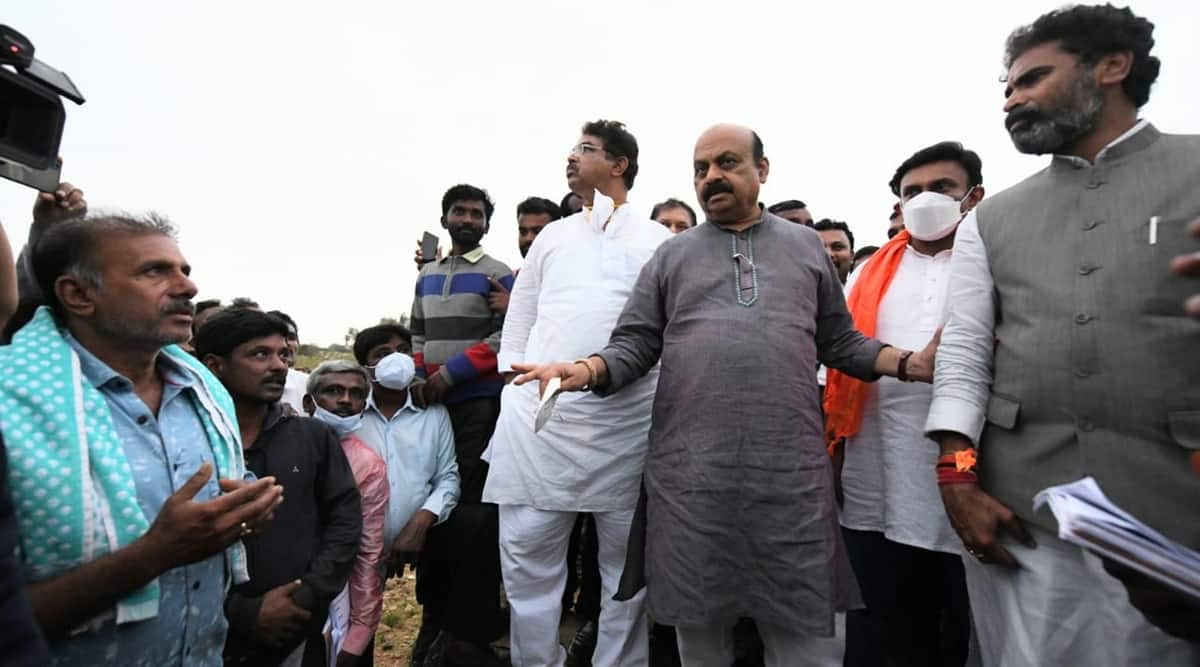 Following the ire of opposition leaders over not visiting rain-affected areas, Karnataka Chief Minister Basavaraj Bommai on Sunday paid a visit to Chikkaballapur district where 24 houses collapsed and 1,078 houses were partially damaged.

Bommai, who visited Chikkaballapur in the afternoon, sought details of the deluge from the officials. Addressing the reporters later, Bommai said, “Chikkaballapur and Kolar districts have suffered extensive losses for crops, houses and public property in the recent heavy rains. Preliminary reports on the losses had been obtained and a comprehensive report on exact destruction would be available in a couple of days. Exact compensation to be released would be decided on receiving the comprehensive report”.

“A compensation of Rs 5 lakh would be paid for those whose houses were completely damaged.  The Deputy Commissioner has been instructed to pay Rs10,000 immediately as a compensation for the houses partially damaged,” he added.

He also issued orders for preparing a Detailed Project Report for construction of a Rajakaluve connecting Kandavara irrigation tank to Gopalakrishna tank to avoid flooding in the area. 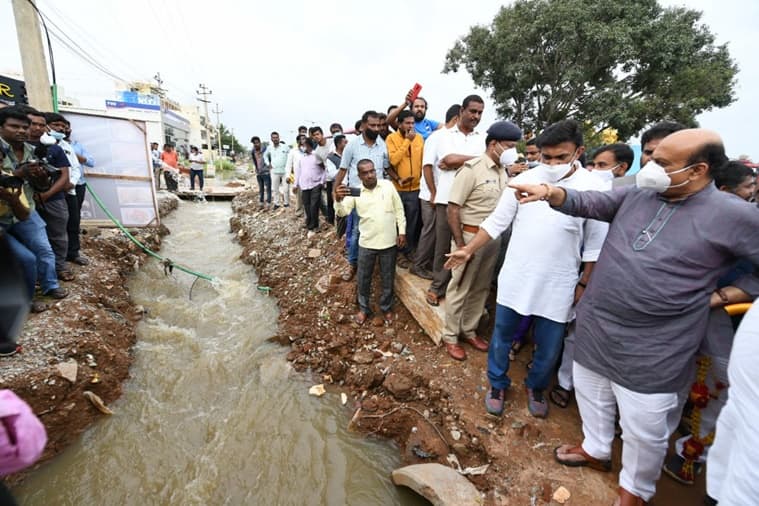 Bommai assured the people of all the help from the government and said ministers were touring the affected districts to supervise relief works.

According to the Chief Minister’s office, on Sunday, Bommai was supposed to attend two marriage functions in the morning and a house warming ceremony of BJP MLA Satish Reddy in the evening in Bengaluru city and had reserved half day. However, the visit to rain-affected areas was not scheduled.

Earlier, former Chief Minister and Congress leader Siddaramaiah had demanded Bommai to visit the rain-affected areas and address the public who are in distress.

In the evening Bommai returned to Bengaluru and held a meeting with Chief Secretary P Ravi Kumar and several officials to discuss the rain situation and the measures taken.

Meanwhile, BP Channabasavesha, officer of special duty to the Chief Minister, said that Bommai’s visit to Kodagu district on Monday has been cancelled.