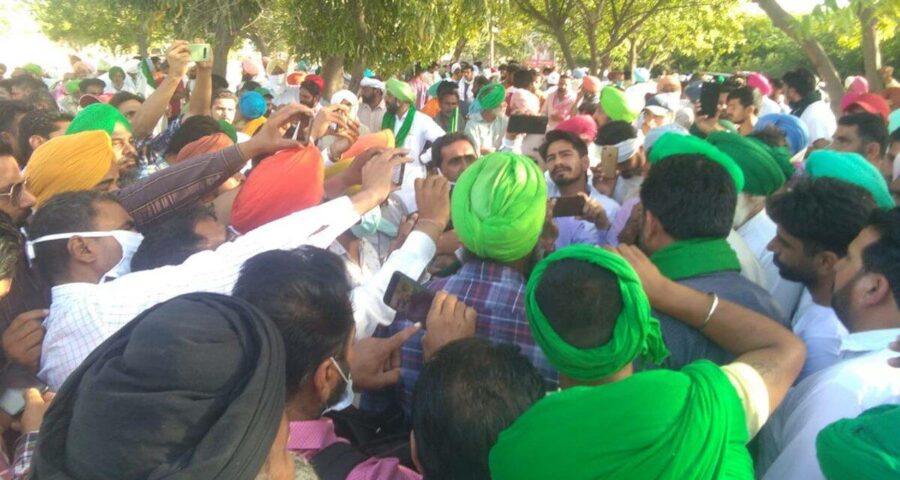 Farmers whose release orders have been issued are Surjeet Singh (72), Baldev Singh (70) and Nempal Singh (45), all residents of Bodhiwala village of Malout. 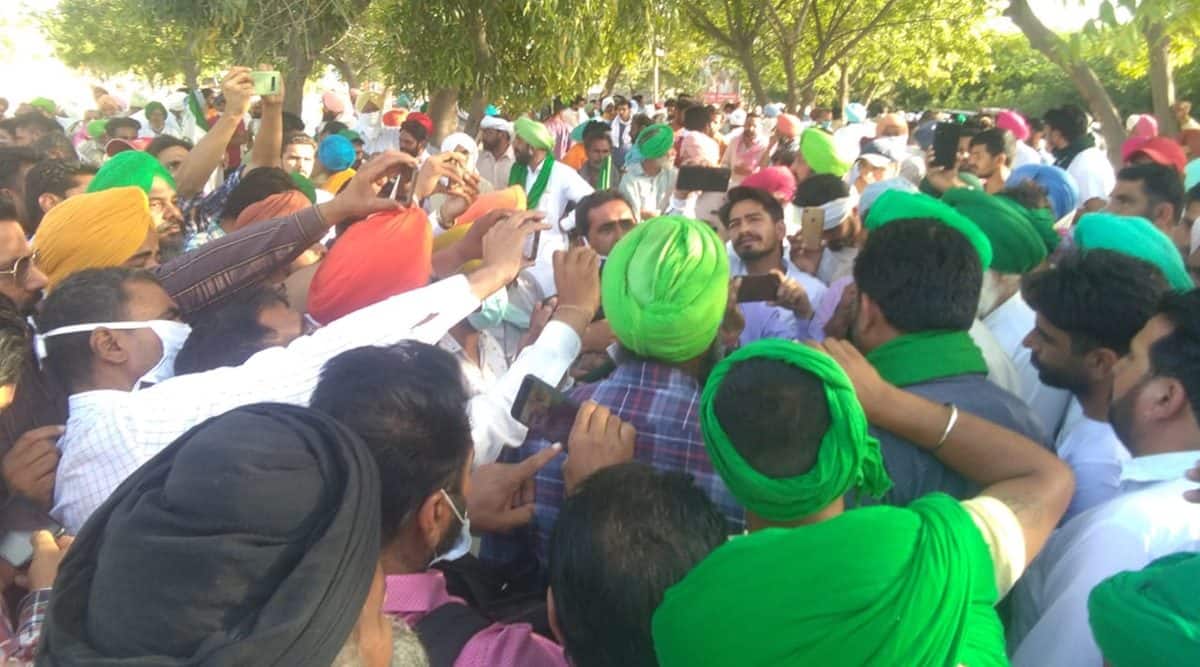 Four days after the arrest of four farmers in connection with the assault on Abohar MLA Arun Narang, a sub-divisional court of Malout issued release orders of three of them Thursday.

Farmers staged a dharna at Bathinda chowk of Malout on Thursday, which continued till the time of filing this report.

Farmers whose release orders have been issued are Surjeet Singh (72), Baldev Singh (70) and Nempal Singh (45), all residents of Bodhiwala village of Malout.

Their advocate Harmandeep Singh Bhullar said, “Both Surjeet Singh and Baldev Singh are heart patients. Baldev is also asthmatic. Nempal Singh is a private employee in a food processing park in Fazilka and none of them were present at the dharna spot when the incident took place. During investigation, no evidence of them being present at the spot was found and hence release orders have been issued by the court under CrPc 169″

Gurmeet Singh of Khunan Kalan, who was also arrested on Sunday, is still in jail. Sources said he had stated that he was present at the dharna and lawyers may apply for his bail soon. Nirmal Singh and Sukhdev Singh, were leading the dharna when the incident took place. However, Sukhdev Singh said he had repeatedly asked the farmers to maintain peace but the situation somehow went out of control. Jagjit Singh Dallewal, state president BKU Sidhupur, who was present at Bathinda Chowk of Malout on Thursday, said, “I once again appeal to all farmers that we need to continue our social boycott call of BJP leaders, however we should never cross the ‘Lakshman rekha’. BJP will always want that we get involved in violent acts and hence we should remain involved in Punjab only so that our farmers cannot reach Delhi borders. So we have to act wisely and not fall into their trap. We should keep on protesting in a peaceful manner as we have to win the aandolan of Delhi.”

Dallewal said, “Twenty-one of our farmers have given arrest in the same attempt to murder case…we are aandolankaris and we don’t fear FIRs. We are ready to go to jails but we will not let any innocent person be jailed… Hakkan de layi larde lok.. jelan to nahi darde lok (people fight for their rights, they don’t fear going to jails). Our district leadership has surrendered themselves and we believe that cops will not harass villagers by raiding villages. If they will still seek more arrests, our other team is ready to go to jail.”

Meanwhile, Shamsher Singh Sandhu, mandal president BJP rural in Malout resigned on Thursday from primary membership of the party. He came to Bathinda Chowk dharna to extend his support to farmers.

“I was upset since day one when farmers started protests and had been giving feedback to higher officials that we need to listen to the farmers. Over 300 farmers have died in morchas and none of our leaders have even said a word on it. I find everything very insensitive and hence, finally I decided to resign from the party…though it is late…but better late than never,” he said.