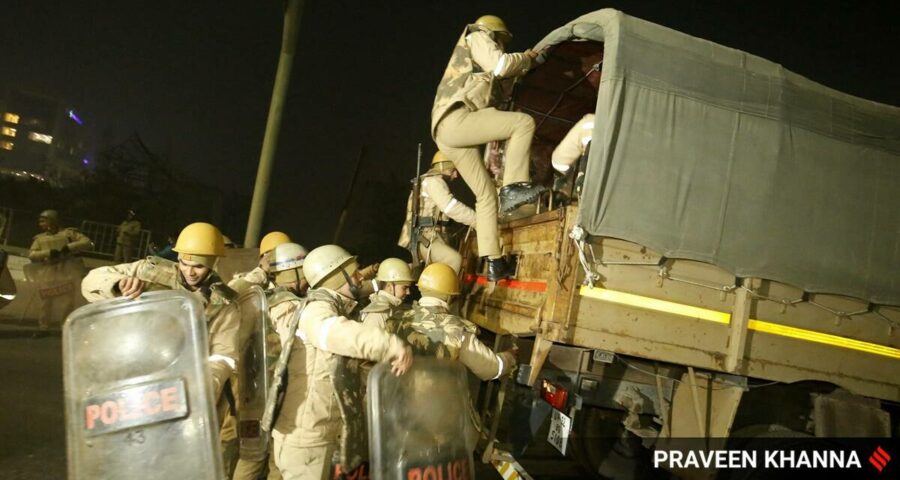 Under the shadow of heavy police deployment, the Ghazipur protest site grew overnight — hours after the Uttar Pradesh administration issued an official order to vacate the protest site, deploying more than a thousand policemen nearby. 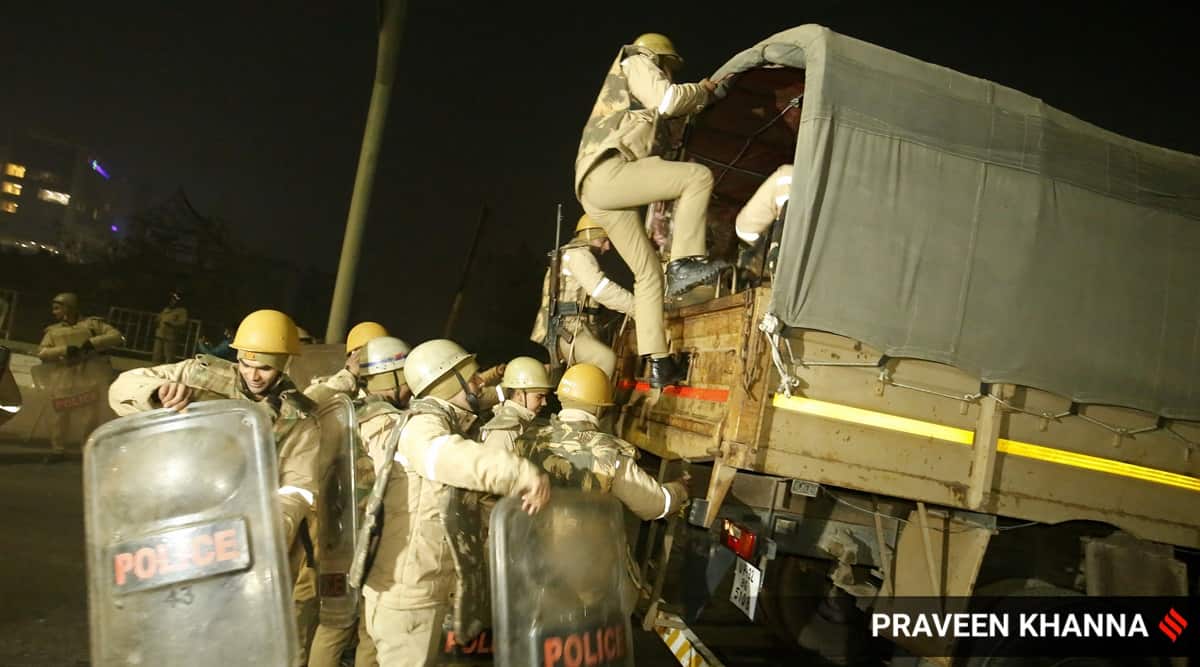 Since the initial days of the farm protests, Ghazipur had been a pale shadow of the largest protest at Singhu and another stir at Tikri, where the majority of farmers who came from Uttar Pradesh and Haryana had gathered.

That changed on Thursday night.

Under the shadow of heavy police deployment, the Ghazipur protest site grew overnight — hours after the Uttar Pradesh administration issued an official order to vacate the protest site, deploying more than a thousand policemen nearby. But scenes of Bharatiya Kisan Union (BKU) leader Rakesh Tikait breaking down in an address to the media, stating that the agitation would continue, threw a spanner in the administration’s plans.

Soon after, phones at the protest site started buzzing, as volunteers and farmers began receiving calls and WhatsApp messages expressing solidarity. The mood changed from anticipation of police action to a lively protest.

As Ghazipur is situated on the National Highway 24, the route is a passage to many Western UP cities including Muzaffarnagar, Hapur, Meerut, among others. Protesters could be seen peering into phones, watching Facebook Lives of gatherings in Western UP and locals setting out from villages to join the protest.

After 11.30 pm, a group of approximately 15 people began marching through the protest with chants of Jai Jawan, Jai Kisan. Protesters who were huddled in blankets got onto their feet, raised the Tricolour and joined in the chants.

They were among the first of many people who had come from Western UP solely on the emotional appeal of the BKU leader. “I have come from Muzaffarnagar because we could not see our leader cry. While I was coming, I could see that more than 500 tractors had left from those areas. People are coming in from Bijnor and Hapur too. This is now a movement.

Police can do anything but we will not move,” said Ajay Varshney, who joined the protest late at night.

As soon as word got around of the protest becoming bigger, people began making arrangements. More blankets were brought out along with mattresses and shawls as the temperatures dipped below 12 degrees Celsius.

“We appeal for a peaceful protest. People have started to come from different places. We are making arrangements for water and other things. We will sit peacefully and continue. Peace is our biggest strength,” said Rakesh Tikait as he addressed the gathering at midnight after several people had joined in.

As the night progressed, protesters rised slogans such as ‘bhai Tikait tum sangharsh karo hum tumhare sath hain’, but there were also fears of a police crackdown.

“Please don’t go anywhere, we have all the arrangements to charge phone, camera, tea, food, anything that you need,” said an organiser to mediapersons.

By 12.30 am, the presence of security personnel started getting thinner, with those in riot gear reporting back to the nearby Ghazipur police station and later leaving. The elderly protesters had kept themselves huddled near fires, with Tikait crying in front of the media being the point of discussion.

Karn, a student from Chaudhary Charan Singh University in Meerut, said around 200 students have come with him and more are on their way.

Soon more people started trickling in — some in tractors. Some said their personal vehicles were stopped by police a kilometres away, after which they started to walk.

Abhimanyu Singh from Muzaffarnagar said he and his friends had come in a car, which police stopped more than three kilometers away. “By morning there will be thousands here,” he said.

Around 3 am, some protesters began going to sleep, but many couldn’t keep their eyes shut due to anxiety of what the next day would hold.

Bishan Singh from Meerut said, “The farmers have woken up today. If they plan to remove us they can use force, but we are not going anywhere now.”