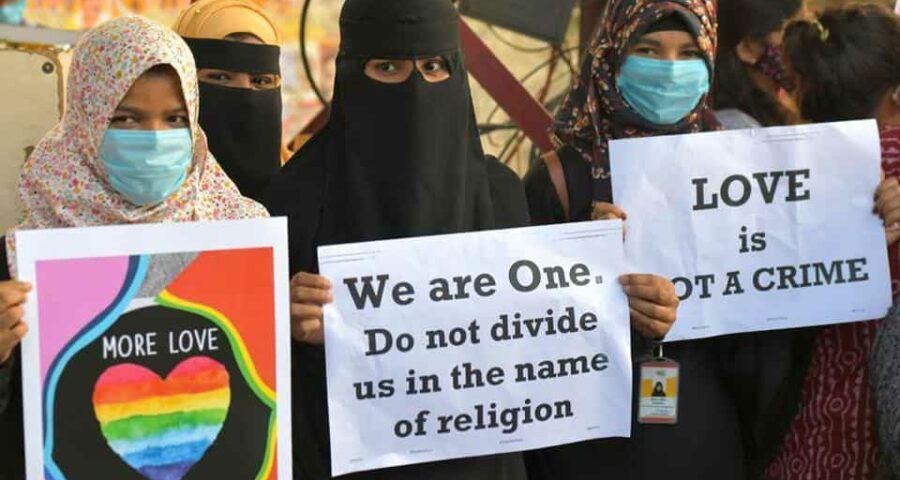 As many as 224 former bureaucrats, judges, and veterans under the banner of Forum of Concerned Citizens have written an open letter backing the Uttar Pradesh Prohibition of Unlawful Conversion of Religion Ordinance, saying it applies to everyone and safeguards the dignity of women.

The letter came days after another group of 104 former bureaucrats demanded the “illegal ordinance be withdrawn forthwith” while calling Uttar Pradesh the “epicentre of the politics of hate, division and bigotry” amid reports that the executive order was being used to target interfaith couples.

Former Uttar Pradesh chief secretary Yogendra Narain, who is one of the 224, said there is nothing anti-constitutional about the ordinance. “It does not ban religious conversions or interfaith marriages. It is meant to regulate them. Also, it cannot be called divisive as it is applicable to people of all religions and does not single out anyone.”

The Forum of Concerned Citizens criticised the 104 former bureaucrats, including former national security advisor Shivshankar Menon, for asking Uttar Pradesh chief minister Yogi Adityanath to re-learn the Constitution. “…[it] is irresponsible… This group seems to have usurped to themselves the constitutional power of judicial review to put every law of the land to the test of their own whims. …they are doing [a] monumental disservice to India.”