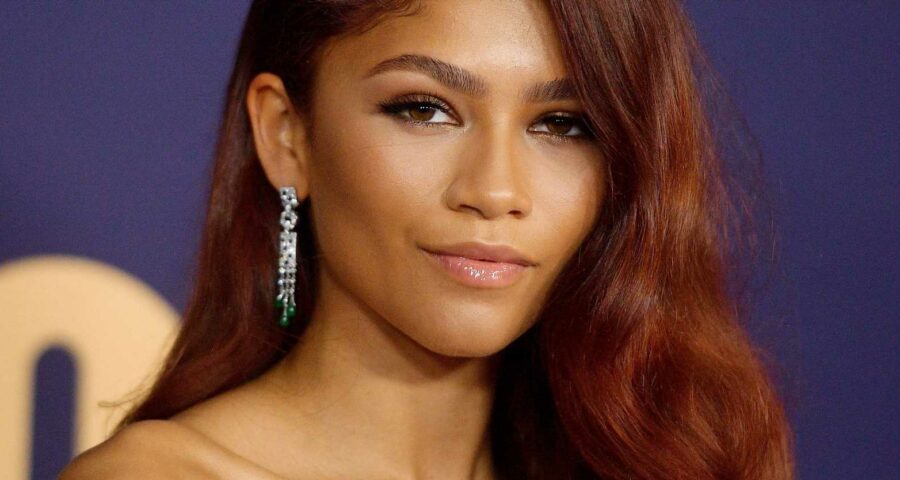 Zendaya pulled out all the stops for the 2022 NAACP Image Awards, wearing multiple looks throughout the night that have fans swooning in her Instagram comments. On Sunday, she shared a picture of herself wearing a strapless vintage Balmain gown from 1956. The dress is classic glamour, with a tight green bodice and full red skirt pooling around her as she poses for the camera.

In the caption, Zendaya wrote that the photographer is friend Dominic Miller and the image was taken on a Leica. She also tagged celebrity stylist Law Roach, who she attributed an earlier look from the evening to as well. Zendaya recently became the face of Valentino’s new campaign and Roach dressed her in a Valentino Haute Couture coat and silver sequined mini dress, both of which were sewn with 3D flower details.

For these looks she wore diamond disk earrings and smokey cat eye makeup, though her hair is pulled back for the Balmain shot. The Euphoria star was nominated for Outstanding Actress in a Motion Picture for her role in Malcolm and Marie.

When Zendaya’s partnership with the fashion house was announced in December, Valentino creative director Pierpaolo Piccioli said that Zendaya was a “natural representative of his contemporary concept of romanticism.”

Piccioli added, “The reason why we chose Zendaya as the new face for Valentino is because she perfectly embodies and represents what Valentino is and stands for, today. She is a powerful and fierce young woman that uses her talent and her work to express herself, her values and her generation as well.”

Zendaya was wearing Valentino for the Euphoria season 2 premiere in a black and white column gown from Valentino’s spring/summer 1992 collection, featuring a scalloped neckline. 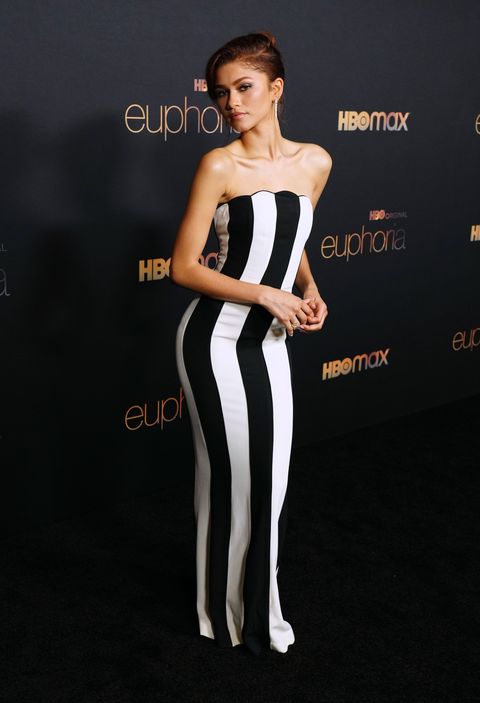 For the Los Angeles premiere of Spider-Man: No Way Home she wore custom Valentino Haute Couture, a nude backless dress embroidered with spiderwebs. It featured a deep V-neckline and a high-leg slit. 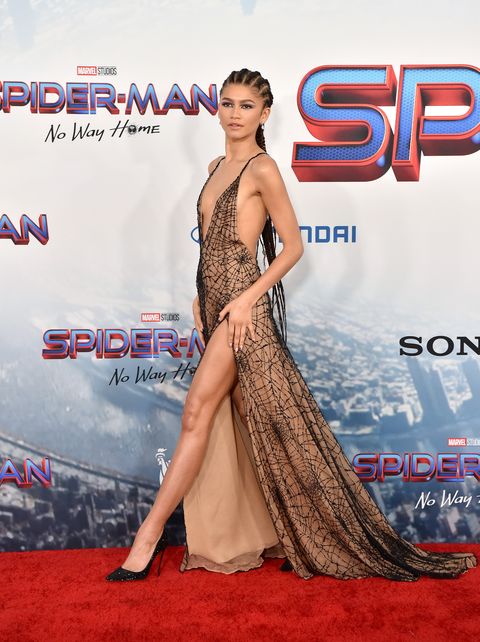 The actress is currently in Italy and presumably working further on the fashion campaign.