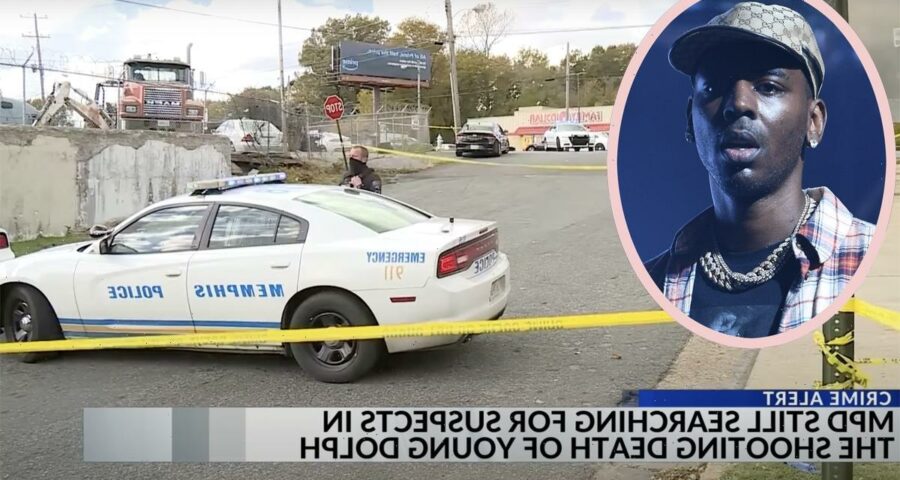 Police in Memphis believe they have found the getaway car involved in the murder of rapper Young Dolph late last week.

According to local reports, the vehicle believed to be involved in the tragic shooting was found in the Orange Mound neighborhood of Memphis on Saturday, parked in the driveway of a home.

Jeremy Pierre, a reporter with FOX 13, first reported news of the discovery, noting that law enforcement officials believe they have tracked down the right car:

As you may recall, the screenshot Pierre used in that report is the same as one shared in a Memphis Police Department tweet about the murder from several days earlier:

Now, new photos and videos are surfacing that show the car police discovered on Saturday — and it looks very similar to the one in those screenshots.

Twitter users are sharing clips showing a white, 2-door Mercedes Benz that appears to be identical to the suspect car as it is being towed out of the driveway of a residential home:

It hasn’t yet been confirmed if it is the exact same car involved in last week’s shooting, but obviously the similarities are significant.

Per TMZ, the car was found less than three miles from Makeda’s Homemade Butter Cookies, where the shooting took place last week.

In another stunning development, on Monday morning, another reporter confirmed that police in the city of Covington believe that very same white Mercedes-Benz was used in a murder in that city recently.

The car was allegedly stolen in Memphis “about a month ago,” according to that report:

Here’s more on the ongoing investigation:

If that Covington case truly is linked to the same car, too, it would seem there are some really brazen shooters out there…

The entire city of Memphis has been rocked by Young Dolph’s slaying. If you would like to donate to the cookie shop where he was shot, you can find their GoFundMe page HERE.