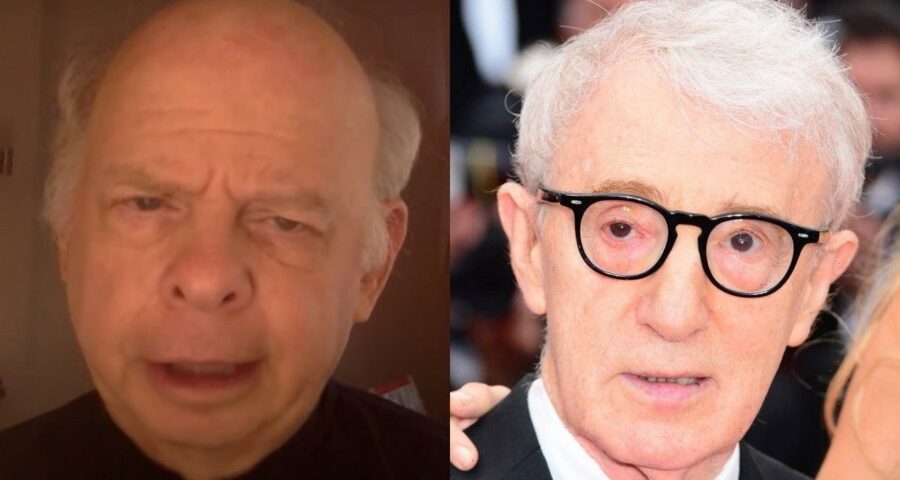 The ‘Vicky Cristina Barcelona’ filmmaker has got support from his ‘Rifkin’s Festival’ star who makes it clear he doesn’t believe Dylan Farrow’s sexual abuse allegations.

AceShowbiz –Wallace Shawn has slammed his fellow actors for refusing to work with Woody Allen after the director’s daughter made unproven allegations of childhood sexual abuse.

The veteran actor has made five films with Allen – “Manhattan“, “Radio Days“, “Shadows and Fog“, “The Curse of the Jade Scorpion“, and 2020’s “Rifkin’s Festival” – and in a new blog for Hollywood website The Wrap, he makes it clear he doesn’t believe Dylan Farrow, who was first adopted by Mia Farrow and later by Allen.

Dylan claims her adoptive father molested her when she was seven but charges have never been filed against Allen.

“I’m perfectly capable of valuing Dylan as a person and wishing her every happiness in her present and future life even though I don’t believe that the episode she’s described ever actually occurred,” Shawn writes in the piece.

“The Good Fight” star is furious that Dylan has seemingly coerced other actors to abandon Allen professionally, alleging that in her 2014 open letter to The New York Times she suggested that “in her view, for an actor to appear in one of Woody Allen’s films demonstrated an indifference or contempt towards her.”

“The letter was a challenge to any actor who had appeared in a Woody Allen film or contemplated appearing in one in the future, and it wasn’t difficult for me to realize that I had to take this personally. Clearly, a great number of other actors must have felt the same way.”

He reports Dylan’s allegations leave many questions “unanswered” and he’s upset so many colleagues quickly “distanced themselves from Woody.”

“Some were undoubtedly overwhelmed by the sheer emotional intensity of Dylan’s original letter and her later elaborations,” Shawn writes. “In the face of such moving testimony from Dylan, many actors perhaps felt that it wasn’t necessary to hear any further evidence in the case.”

Wallace also criticises entertainment industry agents, suggesting many “simply told their clients that Woody Allen was toxic and they should stay far away from him.”

“What began as compassion for a young woman who seemed to be crying out in pain ended up simply as one more element in the eternal struggle of actors to hold on to their careers,” he adds.

Shawn admits he was delighted to accept a role in “Rifkin’s Festival”, which has not yet been released in many major territories, including the U.S. and U.K. – a likely result of the fall out from Dylan’s allegations.