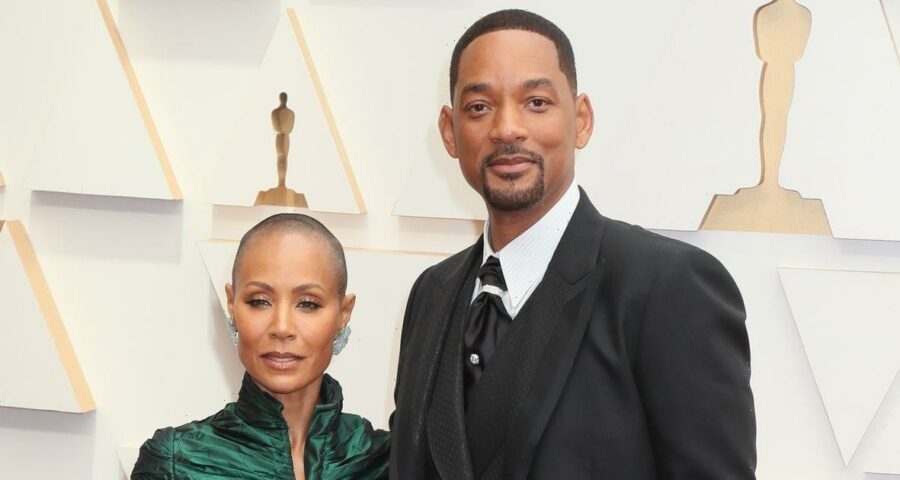 Jada Pinkett Smith has made reference to her husband Will Smith’s now infamous slap at the Oscars, saying that the family will address their “healing” around the incident at a later date.

The actress, 50, returned with her talk show series Red Table Talk this week, which welcomes an array of stars to talk on the show.

However, before launching into the usual episode a message appeared on screen from the Smith family.

It read: "Considering all that has happened in the last few weeks, the Smith family has been focusing on deep healing.

"Some of the discoveries around our healing will be shared at the table when the time calls.

"Until then, the table will continue offering itself to powerful, inspiring and healing testimonies like that of our incredible impressive first guest."

The episode, which featured singer and actress Janelle Monáe, then began and no mention of the incident took place.

The talk series is hosted by Jada, her daughter Willow and her mother Adrienne Banfield Norris.

It’s not the first time Jada has mentioned the concept of ‘healing’ following the Oscars incident, where her husband Will Smith slapped comedian Chris Rock after he made a joke alluding to her alopecia.

Taking to social media for the first time since the incident that shocked Hollywood,Jada shared a quote with her followers.

"This is a season for healing and I’m here for it," it read.

The star did not include a caption and had turned off the comments on the post.

Earlier this month,the Academy revealed dramatic consequences for the actor , who slapped Chris Rock onstage at the Oscars ceremony in Los Angeles on March 27.

It was revealed that while he is allowed to keep the Oscar he won on the night, he will be banned from attending any Academy events for the next decade.

In a statement, the Academy described the decision –which was reportedly as struggle to make– as a "step toward a larger goal of protecting the safety of our performers and guests, and restoring trust".

Addressing its decision in a new statement toThe Washington Post , the actor said: "I accept and respect the Academy’s decision."

Smith resigned from the Academy on April 1, five days after the incident.

In his resignation letter, Smith commented: "I have directly responded to the Academy’s disciplinary hearing notice, and I will fully accept any and all consequences for my conduct.

"My actions at the 94th Academy Awards presentation were shocking, painful, and inexcusable.

"I betrayed the trust of the Academy. I deprived other nominees and winners of their opportunity to celebrate and be celebrated for their extraordinary work. I am heartbroken."

The decision came after a 54-person Board of Governors met to decide Smith's fate.