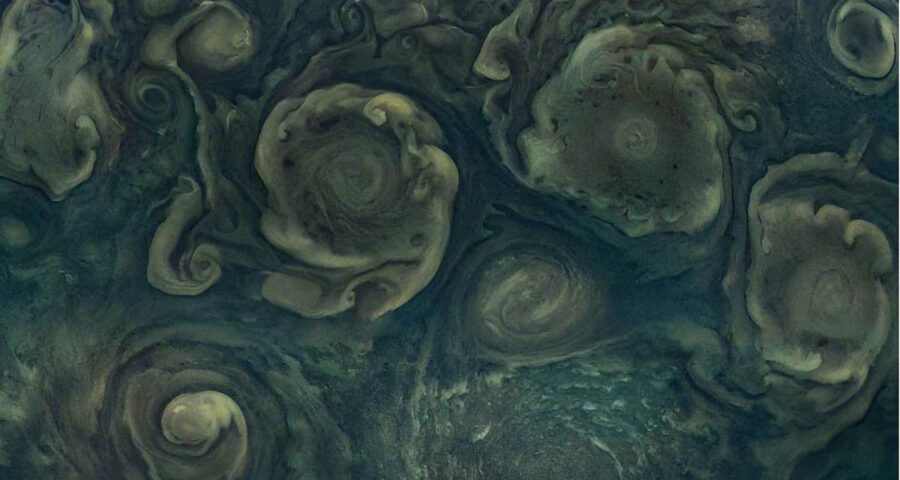 ‘I started looking at the raw images put out by NASA 10-12 years ago.’

‘Jupiter’s northern-most cyclone, perched near the gas giant’s north pole, is visible to the right along the bottom edge of this image, which was taken on September 29 2022, by the JunoCam public engagement camera aboard NASA’s Juno spacecraft.

‘Jupiter has eight circumpolar cyclones, and four are visible in this image, framing the northernmost cyclone. A small anti-cyclone (which spins counterclockwise) has wedged its way in just above the northern-most cyclone.

This is what the NASA Jet propulsion Laboratory posted about the image processed by Navaneeth Krishnan. This is the fourth time NASA has shared images processed by the Thiruvanathapuram-based editor at the Kerala State Institute of Children’s Literature.

“What I am doing is not anything extraordinary; anybody with interest in space can do it, even a small child,” Navaneeth tells Rediff.com‘s Shobha Warrier. I feel there are not many people in the world who are not interested in space. That’s an area beyond our comprehension; at the same time, it is one of the most intriguing and interesting fields. That’s what makes space magical.

Later on, my interest in science took me to Sastra Sahitya Parishad.

You have been processing the raw images published by NASA for some time. When did you start working on them?

As you know, all the NASA projects are public funded. So, they offer all the images coming from those projects for public consumption.

In fact, it is mandatory for NASA to publish photos coming from any mission within 24 hours, on their Web site. So, all the images taken by any mission appear on the NASA web site.

But what they publish are raw images from the mission. So, for us to understand, these images need processing. Of course, to make the images more appealing for the viewers too.

The images by various missions are taken using RGB filters, so they are mostly in grey scale. So, if you want to see the images in colour, we have to combine all the three colours (Red, Green and Blue).

Another thing we do is, stitch many small images together for a bigger picture.

For example, the images you see of Mars are putting together of many small pictures. This can be done by anyone.

You can download, for instance 150 images and then stitch all together to create an image of a wider area.

I started looking at the raw images put out by NASA 10-12 years ago.

When I was working for the Sastra Sahitya Parishad, I used to take classes on space for children in various schools. I used to search for images and download them for teaching purposes.

After I started editing children’s literature, I needed images to use in the articles we edit for children. That was how I ended up on their Web site regularly.

After coming to Thiruvanathapuram, some of us lovers of space have formed a group called Aastro Kerala, and we meet every month to talk about the recent activities connected to space.

Any member, even a child, also can talk at the meeting. This also was an incentive to work on the raw images released by NASA.

But I got seriously involved, spending more time on the images, was during the pandemic as I had lots of time to devote to this passion of mine. Recently, an image processed by you on the northern cyclones on Jupiter was commented upon by NASA….

The image of the Northern Cyclones on Jupiter was taken from JunoCam, which is the public outreach camera aboard NASA’s Juno spacecraft.

While the images from JunoCam are not processed by anyone at NASA, public can process and upload the images.

Actually the processing is quite a simple process.

What are the advantages in processing these images?

Public outreach is the main intention. Then, of course, when news coming from Juno is published, they use the images processed by the public.

There may be thousands of processed images uploaded by the public, and they choose the one suitable for the article. And then it appears on the NASA website.

Yes. If NASA finds a picture good and useful for an article, they use it, that’s all.

Because I go through the NASA Web site quite often, I come to know whether they have used the images processed by me.

Not just NASA, other publications like Forbes also have regularly used the images uploaded by me. When they use them for a science article, they would let you know.

The first one used by NASA was an image of a storm on Jupiter I made it into an artistic form. (The NASA Web site wrote, A JunoCam image of Jupiter’s storm “Oval BA”, taken on Juno’s 26th perijove (PJ) pass, inspired this work of art, suitable for framing.)

I did it just out of curiosity using basic software. 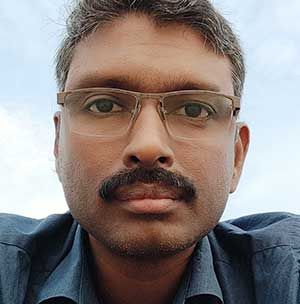 Do you feel satisfied when NASA mentions your effort on its Web site?

Definitely. One feels happy, but not overtly happy.

See, not just me, so many people work on raw images. People like Kevin Gill, a software engineer working at NASA’s Jet Propulsion Laboratory, is one such person.

If we have any questions, they share the details of all the work they have done.

People like him look at this as free knowledge that has to be shared with everyone who is interested.

I would say, there is a lot of give and take of knowledge happens between all of us, all the time. That’s why I said, behind every good image, efforts of many people are there.

Similarly, people share not just the software, but even the code also so that we can also make modifications in the code.

What I am doing is not anything extraordinary; anybody with interest in space can do it, even a small child. In fact, children use technology much better than us! 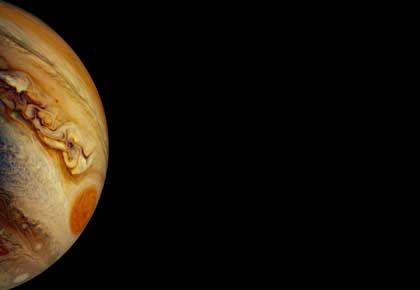