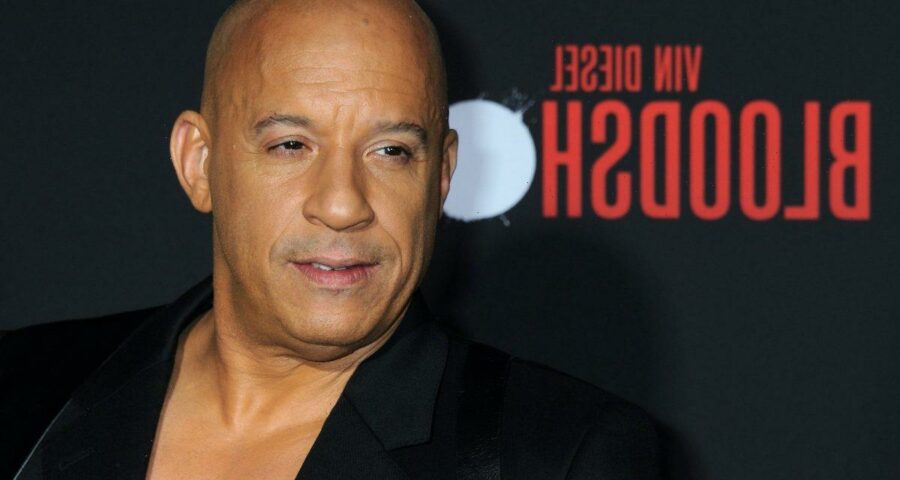 Everyone who pays attention to 21st-century pop culture has seen Vin Diesel go from a little-known action hero to one of the biggest stars in the world.

However, he didn’t get there alone. Diesel has always been open about his familial devotion, but many may still be surprised to find out that he has a twin. His twin, a largely anonymous man named Paul Vincent, helps show the way that Diesel keeps his private life out of the spotlight.

As IMDB notes, Diesel was set up to succeed by a man with a golden touch. After seeing the aspiring actor in a short film called Multi-Facial Steven Spielberg received a letter from its director and star, Diesel,  breaking down how much he loved the acclaimed director’s work. His career was never the same. The following year, Diesel lent his voice to The Iron Giant, and the year after that, he appeared in Pitch Black.

However, Diesel’s voice career also took off even further, as he voiced the repetitive Groot in several MCU movies. This line required him to say the same sentence in multiple languages while reflecting an entirely different meaning. Diesel is slated to take over the box office again with the upcoming F9: The Fast Saga and a slew of other movies, including another Riddick sequel and more MCU appearances.

Hidden in the background, however, is a man who silently shared the stage with his brother at birth.

Anyone who has paid attention to Diesel’s life story may be surprised to hear about his twin brother, Paul Vincent. As The Telegraph notes, Vincent looks a little bit like his action-star brother, but with a full head of graying hair and a less muscular physique, you might not know that he left the womb with one of the biggest action heroes in the world.

Paul and Vin, who was born Mark Sinclair Vincent, were born to a single mother. While they never knew their biological father, the pair is proud of what they call a multi-racial heritage, although the extent of this is still largely unknown. Despite his famous brother, however, Vincent remains a mystery to many fans. However, from what we do know, he does not appear intent on becoming the next Donnie Wahlberg or Stephen Baldwin.

When Diesel’s best friend and co-star Paul Walker passed away, he took to Facebook to remember his non-fraternal brother. The post, which featured the late Walker standing next to an unfamiliar man, was one of the first public appearances of Diesel’s long-talked-about twin. However, despite the actor showing his brother to the world, he remains a mystery to even Diesel’s biggest fans.

Many publications cite Paul as a film editor and sound engineer who remains a mystery despite his job. His IMDB shows no work outside of his brother’s Multi-Facial. However, if he wanted to be a bigger deal, his family-oriented brother would have found a way to get him in the spotlight. Paul seems content with letting his brother be the famous one while he lives a relatively normal life.

Still, next time someone sees Vin Diesel’s muscles on the screen, they might want to remember that he did not enter this world alone, and he had a twin to guide him toward the path that he ultimately took.

Diesel has a distinct look that goes above his superstardom. The fact that a twin is wandering around in anonymity is a future one, but it shows that some celebrities find ways to keep their private light out of the public eye.