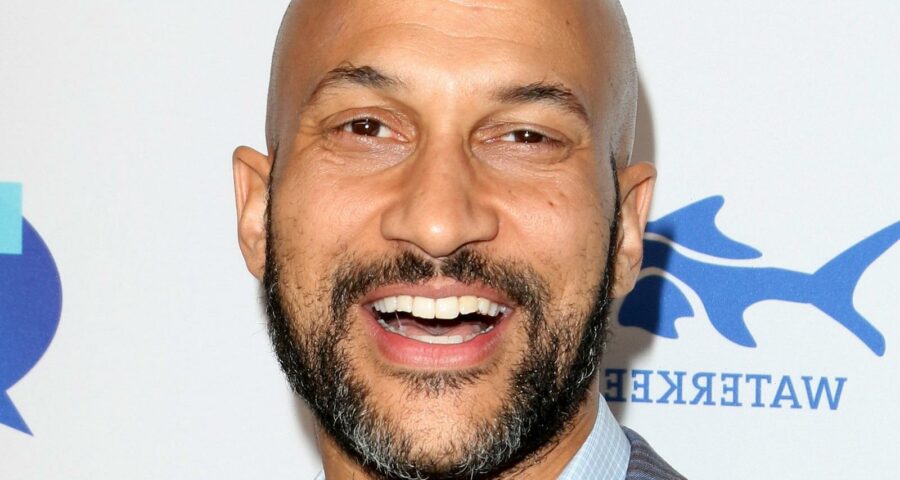 Keegan-Michael Key is a comedian and actor that many people likely recognize from his comedy show “Key & Peele,” which aired from 2012 to 2015 (via IMDb). Key collaborated with fellow funnyman Jordan Peele on the show, but the friendship between the pair dates back to when they first met on the set of “Mad TV.” Key explained to NPR that they immediately clicked, and it made sense to begin working together on skits and ideas.

“Key & Peele” ended in 2015, and since then Key has steadily been working and entertaining the masses. His girlfriend at the time, Elisa Pugliese, was instrumental in helping him conceptualize a way forward following the end of his successful series. Key told The Title Mag that she asked him a simple question: “If you had no excuses about why you couldn’t do something, what would you want to do?” He answered, “I would want to be Jason Bourne. And I would want to do Shakespeare.”

Keegan-Michael Key knew that he wanted to try something new when “Key & Peele” ended in 2015, but he was intimidated by the prospect. He told The Title Mag, “That pull to do something new is real but the fear of leaving the comfort zone is also powerful. I’ve been taking baby steps into this new path. You’re looking through the forest going, ‘It’s a little hairy down there.'”

Key also realized that once upon a time, performing comedy was scary, too. “But it was a little hairy when you started doing the comedy,” he said. “Why would it be any different? I bet this wooded path opens up into a gorgeous clearing. You just have to work yourself up to it.” Key went for his dreams, landing decidedly non-comedic roles in stage productions like Shakespeare’s “Hamlet.” He also starred in the 2018 science action film “The Predator.”

Key told The Title Mag that he really poured a lot into the film. “I want there to be flaws in the characters that I play, because people identify and resonate with that as much as anything else,” he said. “Maybe you’re not diffusing a bomb, but there might be something in your life that’s overwhelming, that makes you feel adrift. The character feels that same way, just with higher stakes. You still have something to link into emotionally.”