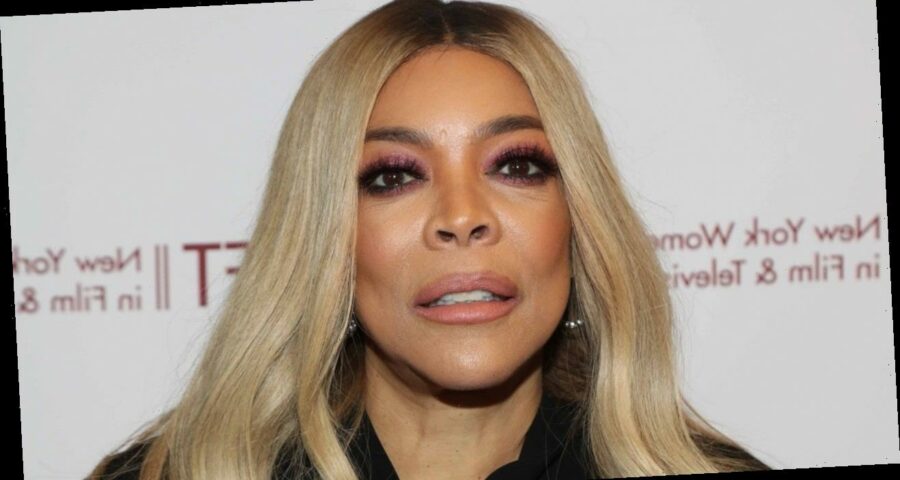 Through it all, Wendy Williams has survived. From a tumultuous marriage, health issues, love and loss, the talk show host is sharing her story with the world. First, there’s her upcoming Lifetime film, Wendy Williams: The Movie, which chronicles her rise to fame, issues with addiction and highly publicized split from her ex-husband of 22 years, Kevin Hunter. There’s also the new original documentary from the network, Wendy Williams: What a Mess!

While fans will get to see Williams’ ups and down in the films, she got candid about suffering two miscarriages and her ex-husband’s infidelity while chatting with ET’s Kevin Frazier.

“Those days while I was living them were very hard, especially because I knew that Kevin was cheating on me at that time,” she expressed, calling her ex a “serial cheat,” before talking about watching her toughest moments in her biopic. “Reliving the miscarriages, those seem like such a distant memory to me because I now have my precious son and he’s 20 years old and a junior in college. He’s a young man who’s seen a lot.”

“But he’s gonna be a better man than me and his father could ever want from a child,” she says of her and Hunter’s 20-year-old son Kevin Hunter Jr. “He’s handled this divorce the best he can, which is pretty good. I stuck with my ex-husband because we had a son. If we didn’t have children, I would’ve been out. But we had a son and we were living, my career was doing better. Every year my career would do better, and every year Kevin would turn into more of a jerk.”

In April 2019, Williams filed for divorce from Hunter following a cheating scandal. Hunter was an executive producer on her Wendy Williams Show. It was later reported that Hunter got another woman pregnant while still married to Williams. They finalized their divorce last January.

Williams admitted that she stayed in her marriage because “my son’s happiness in that time was more important than my own.” However, she did not hold back when discovering his infidelity.

“I had P.I.s on him and on her…I had people follow them on vacations outside of the Tri-state area while I’m here filing my nails, talking to my divorce lawyer and my team of people and getting my ducks in a row,” she shared. “And he’s out acting a fool, and his boys, by the way, were very helpful in getting to the bottom. Oh yes, they talk like a bunch of girls. They very much were helpful. I guess they thought they’d be the next Mr. Hunter.”

During Williams’ Tuesday episode of her talk show, she called out both Hunter and his alleged longtime mistress, along with their child. See the clip below.

A year after she finalized her divorce, she and Hunter are now on speaking terms. “I mean, we have to because we have our son,” she pointed out.

“His dad will always be his dad. I haven’t seen change in that way from him,” she noted. “But what I do see is my tolerance from afar to understand that he will be required to be at Kevin’s graduation from college, and he will be required to have better taste than to bring the side piece and the little girl, because I would not bring the next man to my son’s college graduation.”

“Big Kevin needs to understand that after that graduation, if my son wants the three of us to go out for dinner, then that’s the way it is. And you better behave yourself at that dinner,” she noted. “You better not talk loud, raise your voice, flail your arm.”

Williams, meanwhile, suffered more heartbreak when her mother, Shirley Skinner Williams, died last year. The TV personality shared the news last month on her talk show, sharing that she “passed away beautiful and peacefully and surrounded by love.”

“She didn’t suffer, which is the good thing. And I never saw my mom in the hospital a day in my life, in 56 years, I’ve never seen my mother in the hospital,” Williams shared with Frazier. “I’ve never seen my mother down with more than anything but a cold and so the way I remember mom is just mom. Mom in her robe, mom in her party clothes, mom an evening gown on their way out, mom cooking, mom laughing, mom yelling at us, telling me to lose weight. I just remember mommy and she’s with me every day.”

She relayed that she’s “coping with it the best I can,” explaining that she didn’t share the news right away because she “had to process it myself, because I was the one who got the call in the morning from the doctor.”

“I still came to work. I didn’t say anything to anyone here. I think I might’ve told my manager Bernie,” she said of the day she found out her mother died. “Maybe even I waited to tell him. I kept it inside for a bit of time.”

As for how she currently is doing, Williams said she’s “doing very very well. I’ve got a very good team of doctors, everything from neurologist, heart doctors, lung doctors, my lymphedema doctor, my endocrinologist who handles my thyroid, my graves’ disease and my hormones.”