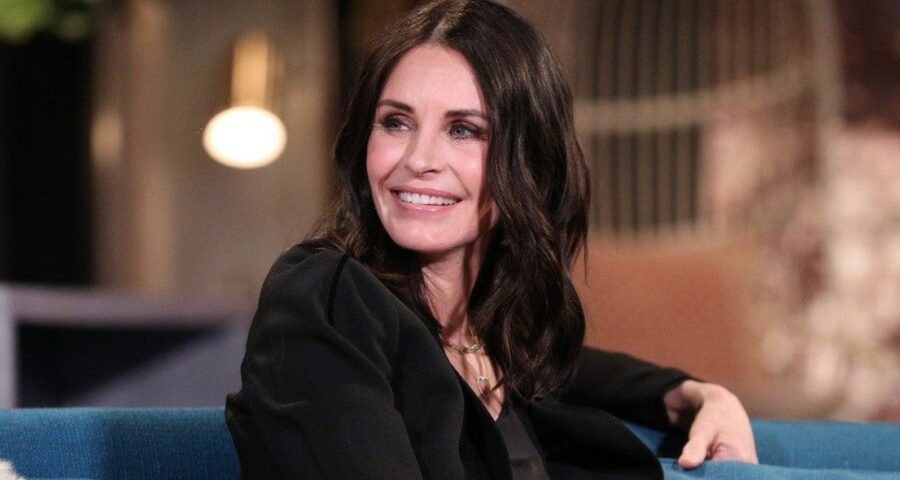 Courteney Cox is finding ways to stay busy on the set of her new show! The 57-year-old actress took to Instagram on Wednesday to share a video from the Warner Bros. lot, where she’s filming her latest project, Starz’s Shining Veil.

In the funny clip, Cox gives fans a peek at how she stays occupied in between takes, doing everything from administering a COVID-19 test to her co-star, Greg Kinnear, to serving food to her show’s cast and crew.

She also decided to lead a tour of the Warner Bros. lot, which includes a visit to the spot where she filmed Friends from 1994 to 2004.

“We’re at stage five, which is right here on our right,” Cox tells a group of visitors. “This is where Friends started in 1994, and is now occupied by a show called Shining Veil, starring me.”

As Cox drives away from the location with the tour group in tow, she hilariously has a near-miss where she almost hits another car.

The cute video comes after Cox and the rest of the Friends cast reunited for a HBO Max special. During the Emmy-nominated reunion, Cox, Jennifer Aniston, Lisa Kudrow, David Schwimmer, Matt LeBlanc and Matthew Perry looked back at the iconic sitcom, reliving all their running jokes, romantic moments and best memories.

During the special, the show’s supporting actors and guest stars popped in to say hello, as did many celebrities who were fans of the series and were influenced by it over the years, including BTS, Cindy Crawford, Cara Delevingne, David Beckham, Lady Gaga and more.

Watch the video below for more on Friends: The Reunion.