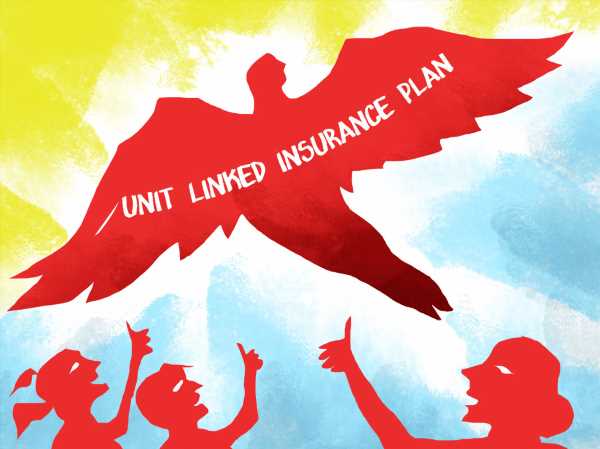 These products are extremely transparent and are the lowest charged products in the insurance space.
The policyholder has to only pay the fund management charge.
Hence, from the cost side, ULIPs are very competitive.
Subrata Panda reports.

Demand for unit-linked insurance plans (ULIPs) whose annual premium exceeds Rs 2.5 lakh appears not to have slowed even though the government did away with tax exemption for such products under Section 10(10)D of the Income Tax Act.

In fact, it has picked up in the past few months and most insurers expect this trend to continue.

In this year’s Union Budget, Finance Minister Nirmala Sitharaman announced that ULIPs whose annual premium exceeds Rs 2.5 lakh will be taxed at maturity at the long-term capital gains tax rates.

With this, the tax treatment of high-value ULIPs will be on par with that of other investment products like equity mutual funds.

Last year, volatility in the equity markets because of the pandemic had slowed demand for ULIPs, at least in the first half of the financial year (FY21).

However, demand picked up in the second half as markets stabilised.

“Our ULIP contribution has been hovering around the 30 per cent mark over the last couple of years. When Covid cases rose last year, the stock market indices retracted. There was a distinct shift towards guaranteed and pure protection products. Once the markets stabilised, we again saw a rise in demand for market-linked products,” said Rushabh Gandhi, deputy chief executive officer at IndiaFirst Life Insurance.

“Interestingly, after the Budget announcement, awareness of the tax advantage of ULIPs up to Rs 2.5 lakh increased and so did demand. Furthermore, customers began speculating on the possibility of tax being imposed on all ULIPs, and consequently, they opted for the product before that possible eventuality.”

“Those who were investing more than Rs 2.5 lakh in ULIPs also saw the advantages that these products offer given that these attract only long-term capital gains tax.”

“Additionally, ULIPs allows one to seamlessly shift from debt to equity or vice versa unlimited times, without any tax implications,” Gandhi said.

Tarun Chugh, MD & CEO, Bajaj Allianz Life, said, “At Bajaj Allianz Life there was a quarter-on-quarter growth on ULIPs sale last year. As market sentiments changed people started to invest back in ULIPs despite the initial dip last year, indicative of the fact that customers were keen to invest in a value-packed long-term product.”

According to Vivek Jain, head — investments, Policybazaar.com, the average ticket size of a unit-linked plan for retail customers online is about Rs 60,000 per annum.

Hence, there has not been any significant impact of the government decision on normal ULIP customers.

Also, tax benefit under section 80(C) of the I-T Act is applicable for retail customers.

It is only high net-worth individuals who might have faced some impact because of the government’s decision.

Earlier, charges were very high on ULIPs and hence they were not particularly popular.

But new-age ULIPs do not have premium allocation, policy admin charges, and mortality charges are returned at maturity.

So, the policyholder has to only pay the fund management charge. Hence, from the cost side, ULIPs are very competitive.

“During December-March, ULIPs have seen good traction in the industry. Everyone in the industry saw a contraction in H1FY21, but in H2 there was a 10-15 per cent growth for the industry. There will be a good fraction of people who would be interested in market-linked returns going forward,” Jain added.

In an interview with a television network, N S Kannan, managing director and CEO, ICICI Prudential Life Insurance, said some had predicted that demand for ULIPs would collapse after the Budget announcement.

But they did not understand that ULIPs are very attractive from a customer’s point of view.

These products are extremely transparent and are the lowest charged products in the insurance space.

And, ICICI Prudential would maintain the 48 per cent share of ULIPs in their business this fiscal too.

Interestingly, the Life Insurance Corporation till a few years ago was not so active in the ULIP business, but with two new products — SIIP and Nivesh Plus — it has underwritten 90,000 policies with premiums to the tune of Rs 800 crore (Rs 8 billion) in FY21.

“Demand for ULIPs is always there. LIC had earlier withdrawn from this business. But since it is an integral part of the insurance business, LIC does not want to stay out of it,” said a source aware of the development.